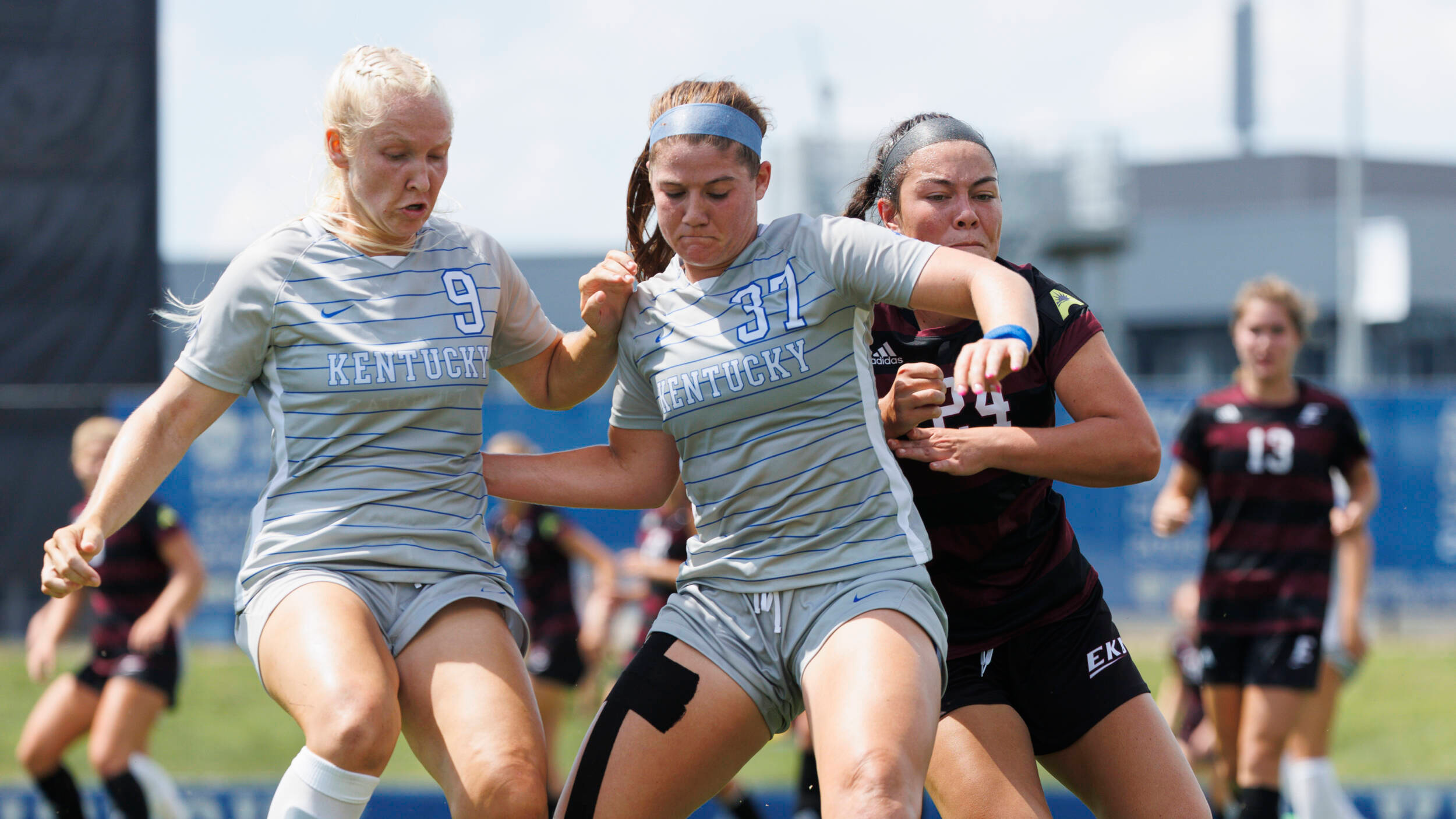 LEXINGTON, Ky. – After winning a program best four games in the month of August, Kentucky women’s soccer begins its September slate on Thursday with a road matchup at Western Kentucky. The game will start at 8 p.m. EDT (7 p.m. CDT) and can be streamed live on ESPN+.

The Wildcats (4-0-0) are off to their best start since 2012 and have outscored opponents 13-2 through four games. A total of 10 different players have recorded a goal, the second highest total among Division I programs to this point (Texas A&M, 11). When last in action, the Cats raced past Eastern Kentucky, 4-0 behind a four-goal first half.

Senior forwards Jordyn Rhodes and Hannah Richardson have been among the top offensive performers in the SEC thus far with Rhodes tied for the conference lead in goals (three) and Richardson in assists (four). The pair also shares the SEC lead with an average of 4.5 shots per game.

Western Kentucky owns a 1-2-1 record this year, having tied Tennessee Tech in its last outing. Five of the Hilltoppers six goals this season came during a 5-0 win vs. Union University (Tenn.), while the team has been shutout in its two losses (at Xavier, at Vanderbilt). WKU went 10-5-1 in 2021 including a 5-2-1 mark in C-USA play. The Hilltoppers return two key contributors from last year’s squad in Katie Erwin (third-team all-conference) and Brooke Sleeva (C-USA All-Freshman team).

Kentucky holds the advantage in the all-time series between the programs with a record of 2-0-3. The teams last played in 2019, drawing 0-0 in Lexington.