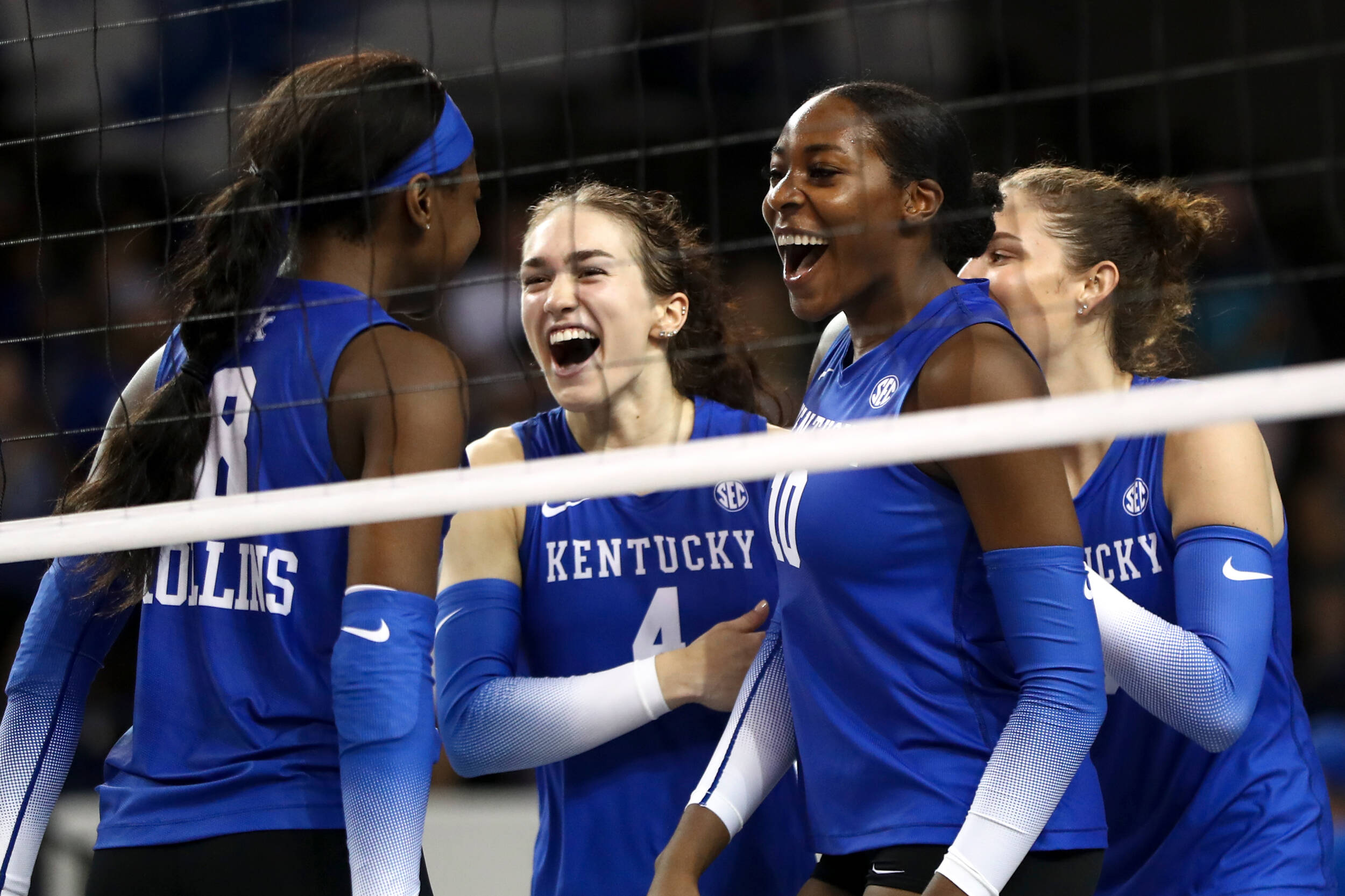 Rutherford and Goetzinger Carry No. 11 Kentucky to Sweep of Ohio

The Wildcats hit .386 as a team and held the Bobcats to .099 hitting on the night with five Wildcat players registering at least five kills in a balanced offensive effort. On defense, Kentucky shined with five blocks from Rutherford and four from senior middle blocker Azhani Tealer to lead the defensive charge.

Kentucky is now 1-1 on the season and will turn its attention to the 2022 Bluejay Invitational hosted by Creighton in Omaha next weekend where UK will play Northern Iowa, Southern California and Creighton. All three games of the tournament will be streamed live on FLOsports.

Sunday afternoon, the Wildcats also had an impressive 31 assists from sophomore setter Emma Grome who had an ace and six digs in the match. Eleanor Beavin had 12 digs to lead all players for the Wildcats on Sunday as the leading force of holding the Bobcats offense to a negative hitting percentage in the second set.

Ohio with the loss falls to 0-2 on the year.

Kentucky and Ohio were close through the first few points of the frame until the Wildcats began pulling away thanks to Adanna Rollins and Reagan Rutherford to take a three-point lead at 17-14 forcing the Bobcats into their first timeout of the set. The 3-0 run continued out of the timeout on an extended service run by Emma Grome to push UK’s advantage to 18-14, the largest lead of the match to that point for the young Wildcats. Back-to-back errors by the UK offense brought the Kentucky lead to 18-16 as the Bobcats pulled closer, but a slew of Adanna Rollins kills closed out the opening set as Kentucky took the frame, 25-20. Erin Lamb and Elise Goetzinger led the offense for UK with Lamb charting a team-high six terminations and Goetzinger putting her name to four.

Kentucky dominated the second set with Reagan Rutherford stepping up and making big plays for the Wildcats, ending the set with six kills right behind Goetzinger’s eight. The Wildcats offense was steady, with a lead of nine before a net violation challenge ended in favor of the Wildcats. After a successful Kentucky challenge, the UK lead ballooned to 13 points, the highest of the set to that point. The Bobcats attempted to slow the Kentucky offense with a three-point run of their own, but Rutherford responded with a kill and three-straight serves, including a crucial ace. Senior transfer Kelly Franxman ended the set with a kill of her own in her Kentucky debut, giving UK the second-set win, 25-11.

Adanna Rollins came into form in the beginning of the third set, as the Wildcats get their first bit of separation at 15-10 and prompting Ohio to call its first timeout trailing by five in the frame. Franxman made an impact of her own, with five kills and a solo block in the set alone, finishing with six kills on 10 swings and only one error in her first match at Kentucky. Redshirt freshman Jordyn Williams made her premiere as a Wildcat with two kills to push the Cats ahead 23-15 late in the match. Williams missed all of the 2021 season due to a torn Achilles in preseason and is now good to go for the season. A kill by Elise Goetzinger gave Kentucky the match 25-20, sweeping the Bobcats, 3-0.