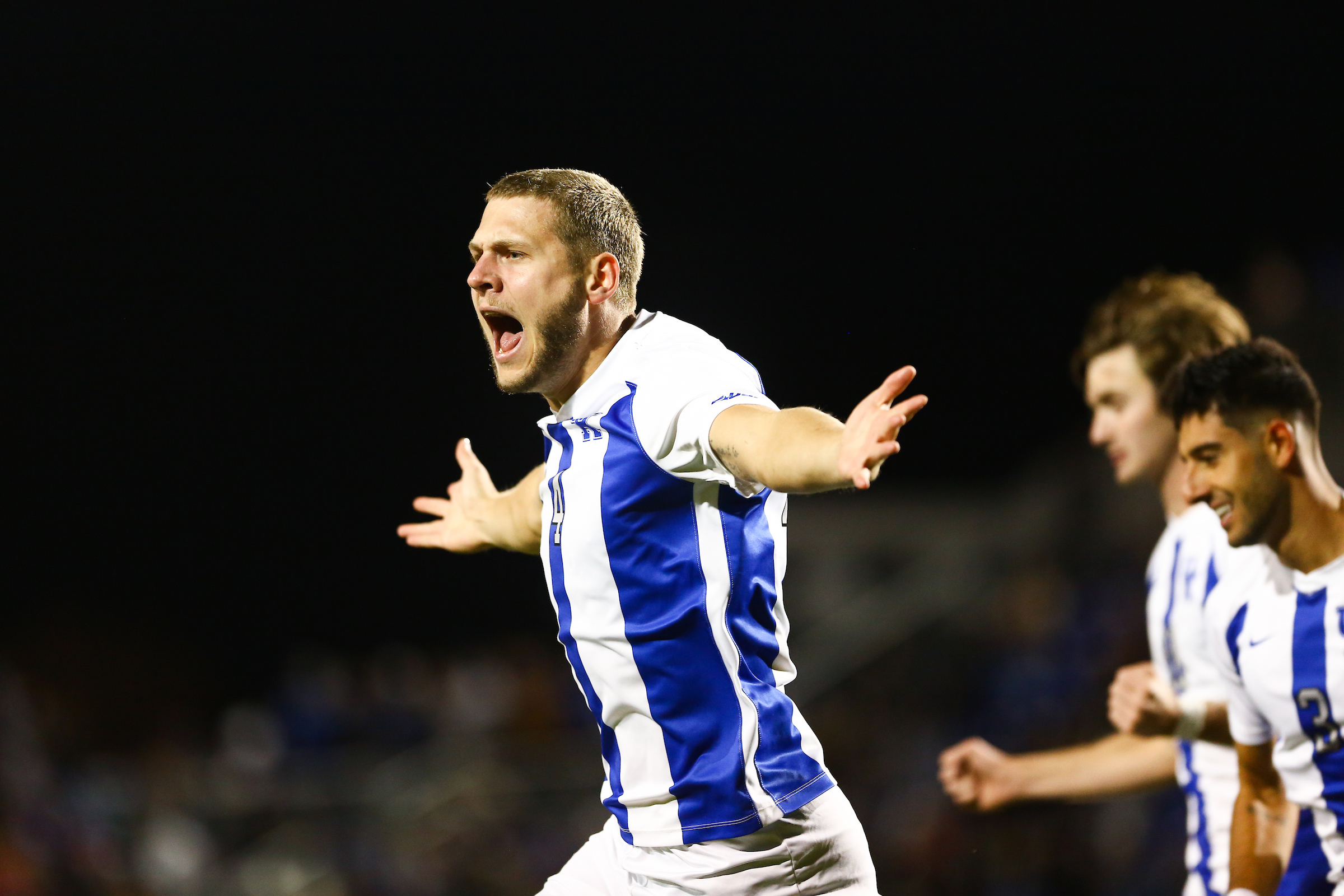 The Hermann Trophy, presented annually by the Missouri Athletic Club, is the nation’s highest individual honor recognizing the National Player of the Year as determined by the voting of Division I coaches who are members of United Soccer Coaches.

Throughout his collegiate career, Grassow has been a strong force on the pitch. Seeing action in 38 matches with 35 starts. The Munich, Germany native has totaled 3,299 minutes of playing time in his time as a Wildcat.

Scoring three goals during the 2021 season with four assists, Grassow has proved to be versatile on the field. The senior saw a season high of 110 minutes played last season against South Carolina.

Grassow has earned numerous awards for both his athletic and scholastic performances. His biggest honor was received in 2021 when he was named to the United Soccer Coaches All-Southeast Region First Team while also becoming a Scholar All-American for the organization. Conference USA named the Grassow the tournament’s defensive MVP, as well.

Beginning his senior campaign Thursday night at The Bell, Grassow will join his fellow Wildcats in the first battle of the 2022 season against UIC at 7:30 p.m. ET.

Live stats will be available for the Kentucky vs UIC match by clicking here. Fans can also stream the season opener on ESPN+.

About the Missouri Athletic Club

Located in St. Louis, Mo., the Missouri Athletic Club has been presenting college soccer’s player of the year awards since 1986. The MAC was established in 1903 as an athletic, dining and social club. It has a “Platinum Club of America” status, which is awarded to the top private clubs in the country. To learn more about the Missouri Athletic Club, go to mac-stl.org.