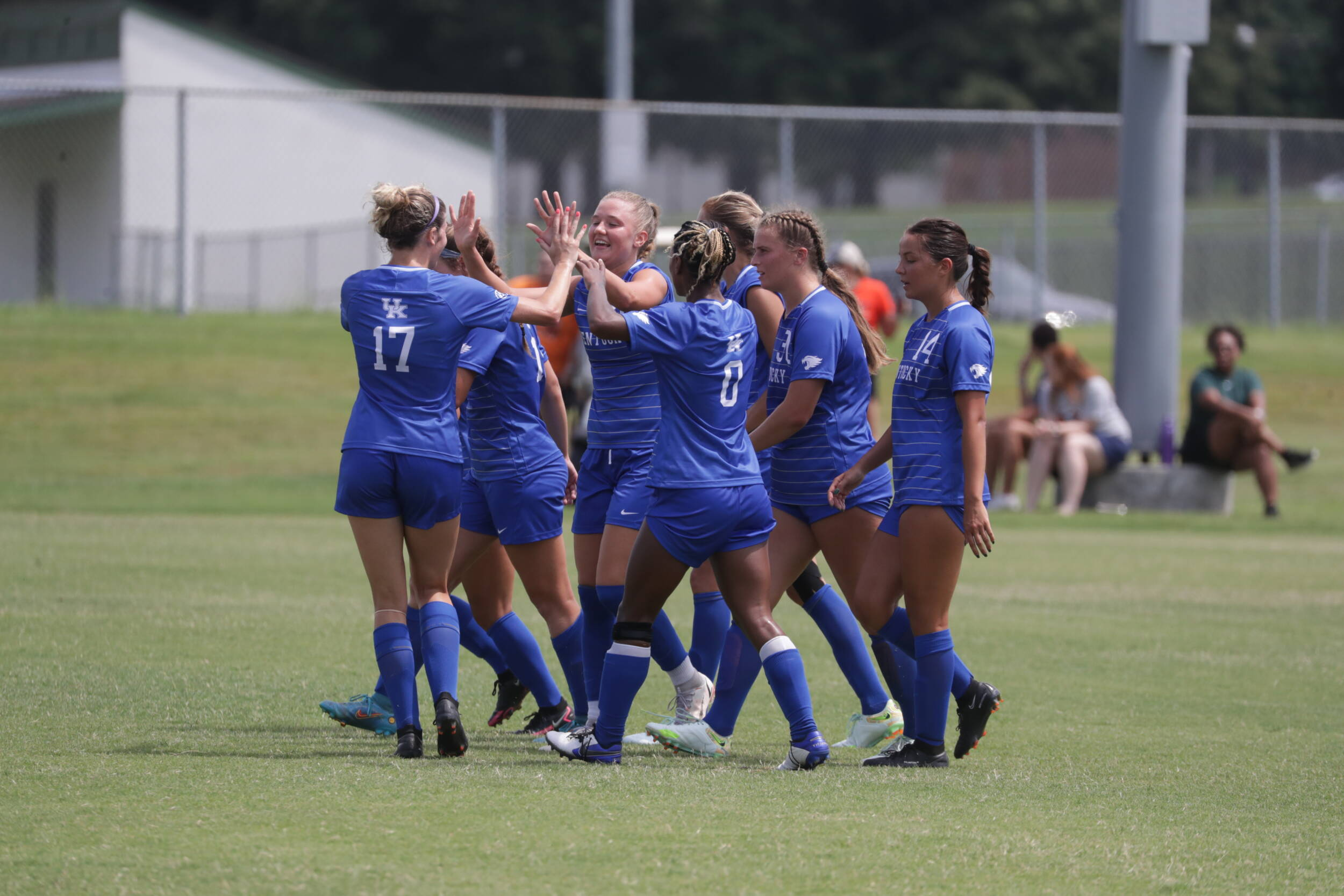 Joining Úlfarsdóttir in the scoring column were freshman Mallory Glass and senior Hannah Richardson. With the win, the Wildcats move to 2-0-0 in their first season under head coach Troy Fabiano.

The game’s first goal came in the 18’ minute off a Kentucky corner. Richardson swung in a high ball which was headed by defender Dana Dahm, nudged by Hailey Farrington-Bentil and eventually buried by freshman Mallory Glass. The goal was the first of Glass’s collegiate career and comes in her first career start.

The Wildcats soon doubled their lead in the 25’ minute when Rafferty Kugler picked up her second assist in as many games, sending a curling ball from the right sideline into the box to the feet of Ulfa Úlfarsdóttir. The junior midfielder deked her defender and finished the play with a shot into the lower left corner.

The first half ended with Kentucky in front, 2-0. The Wildcats put six shots on target in the first 45’ while goalkeeper Tallulah Miller made four saves, the first stops of her career.

The Skyhawks got on the board following the intermission after earning a PK in the 50’ minute. Senior Catey Hunt converted for the home team, making the score, 2-1.

UK was able to respond in the 57’ minute, bringing the lead back to two on Úlfarsdóttir’s second goal of the day. A cross from Rhodes found Úlfarsdóttir in the goal mouth where the midfielder directed a header past the goalkeeper.

The Wildcats would add another goal before game’s end as Hannah Richardson scored her first of the season in the 84’ minute with an exquisite curling shot from the left side into the right corner.

Kentucky totaled 20 shots on the day including nine on goal. The Skyhawks mustered a total of 10 shots, seven of which were on target. A total of seven Wildcats recorded a point in the winning effort.

UK will be back on the field Thursday, Aug. 25 to face Purdue at the Wendell and Vickie Bell Soccer Complex. Kickoff will be at 5 p.m. with admission free to the public. 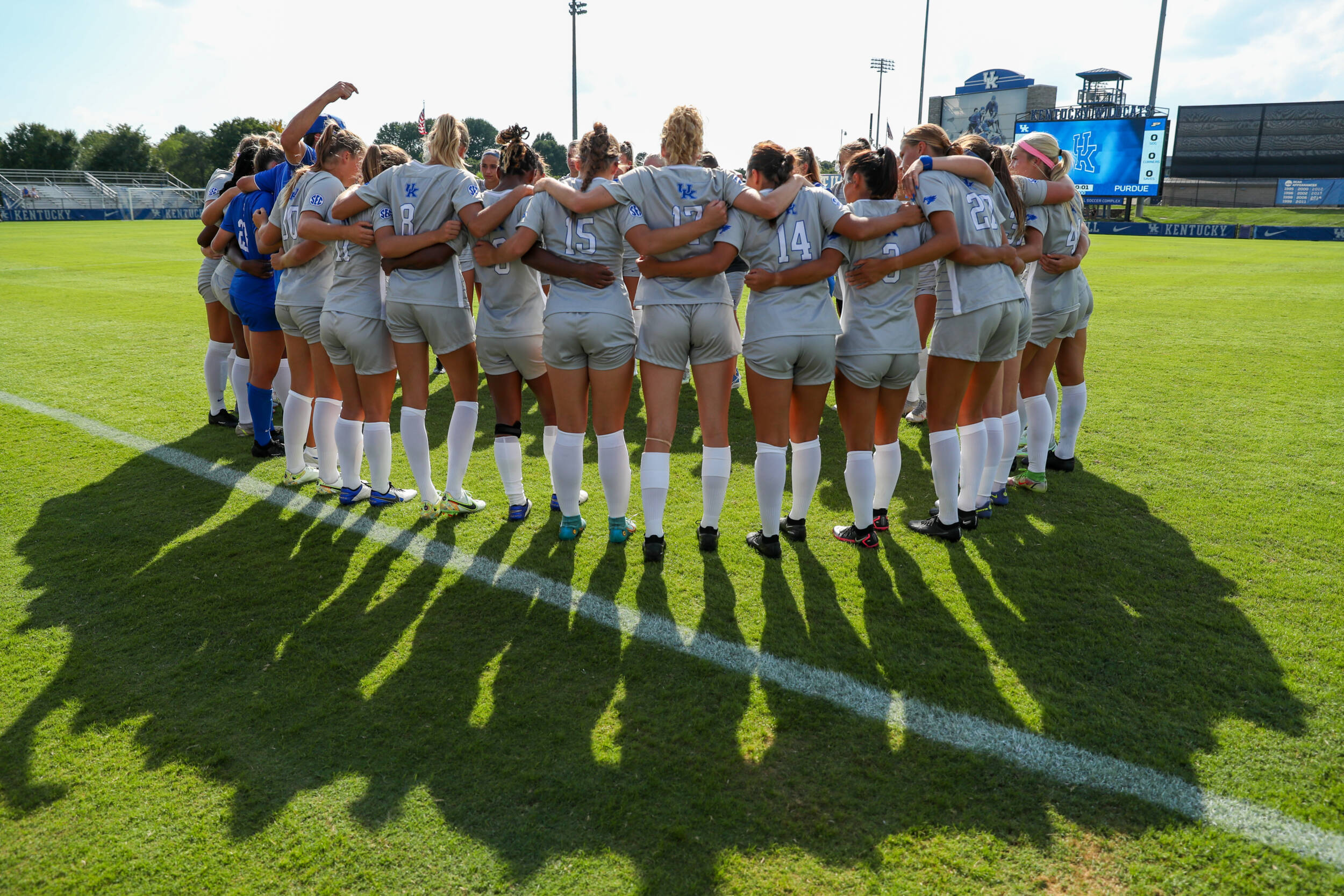