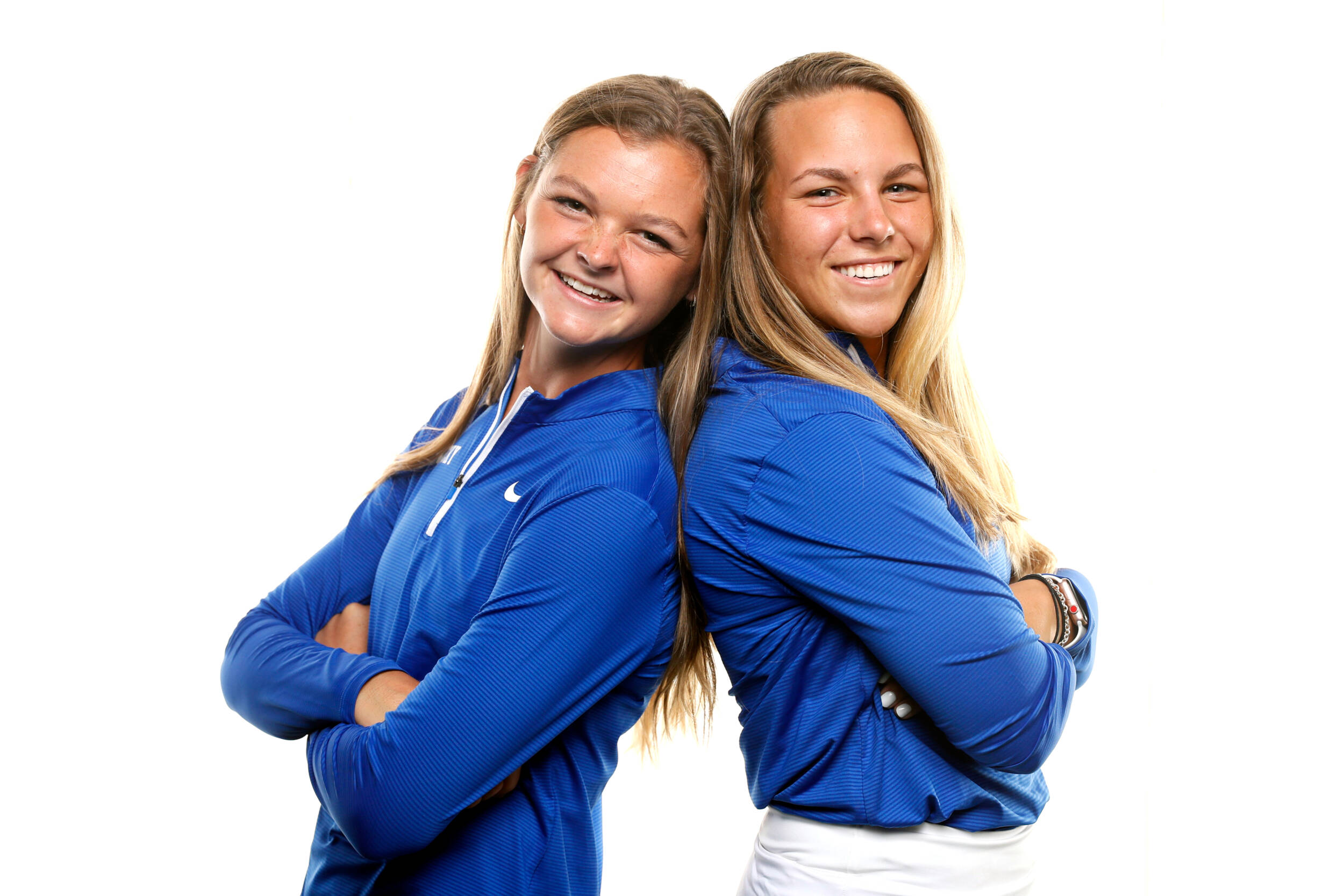 UNIVERSITY PLACE, Wash. – Kentucky’s success at the U.S. Women’s Amateur didn’t miss a beat Tuesday, as junior Laney Frye shares the top of the leaderboard and reigning champion and senior Jensen Castle put herself in the top 15 after the second round of stroke play at Chambers Bay (par 73, 6,541 yards) in University Place, Washington.

Frye and Castle have both advanced to the round of 64, the first round of match play. While Golf Channel will broadcast match play live Wednesday 6-9 p.m. ET, tee times will not be posted until later tonight.

Frye said it best after she tied for second place Monday, “It’s pretty life changing, I saw her gain a ton of confidence from it, she rode the wave of success,” talking about teammate, Castle, winning the 2021 U.S. Women’s Amateur. Well now, they’re both in contention for the title, this time at prestigious Chambers Bay.

Frye, a Lexington native, paired her first-round, 5-under-par 68 with a second-round, 5-under-par 68 to wedge herself among some of the top talent in the nation, sharing the lead with Alice Ziyi Zhao and Latanna Stone. The trio of leaders concluded the stroke-play portion of the tournament three shots ahead of the 156-person field.

Frye, who doubled the par-5 No. 18 a day ago, managed to tap in a par on the last hole this evening to walk off the green with a share of the lead.

Castle had her fair share of birdies, too, as she shed four strokes from her first round, turning in a 4-under-par 69 Tuesday.

The senior teed off in the early set of tee times this morning, less than 12 hours after she stepped off the 18th green Monday. Despite her quick turnaround, she managed to collect five birdies, and just one bogey, during the second round, rising 15 spots on the leaderboard without risk of falling outside of the cut line.

The Wildcat started on the 10th tee, going par-birdie-par-birdie through her first four holes. She recorded her only bogey of the round on her fifth hole, the par-4 No. 14, however she made up for it with four straight pars to close out the back nine 1-under.

She shined on the front of the course, improving her streak to 10 straight pars. Then, she put together back-to-back-to-back birdies on hole Nos. 7, 8 and 9 to conclude the round 4-under-par 69 and tied for 14th place.

Pairings and tee times for the round of 64 match play will be posted on the official U.S. Women’s Amateur website later tonight.