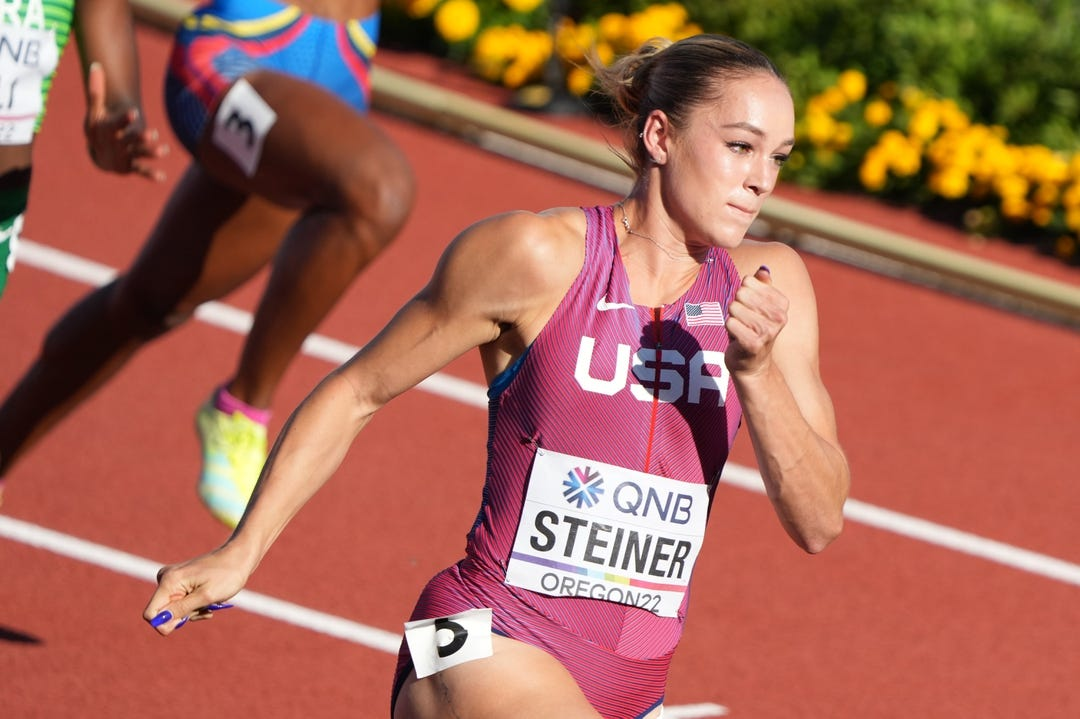 Steiner, the reigning U.S. 200m champion, ran 22.15 in semifinals and placed second in her heat to receive an automatic bid to the final in her first World Championships.

Still to compete are UKTF alumnae Keni Harrison and Jasmine Camacho-Quinn, along with volunteer coach Devynne Charlton in the 100m hurdles.

Megan Moss and Dwight St. Hillaire, competing for The Bahamas and Trinidad & Tobago respectively, will return to the track on July 23 for the 4x400m heats.