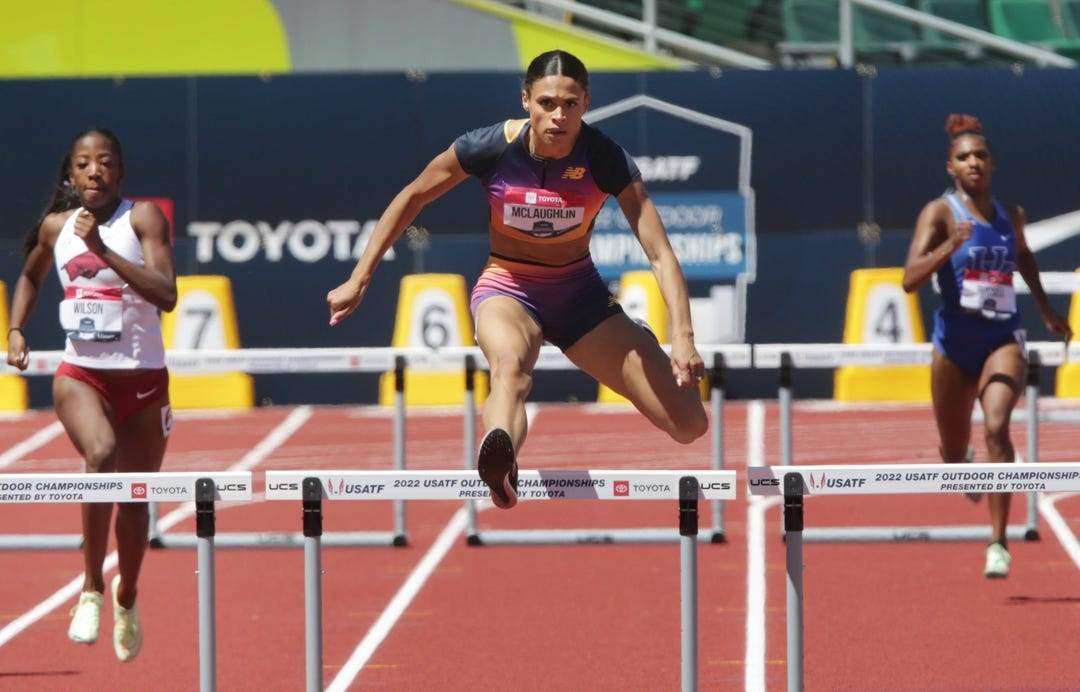 Below is a list of UKTF-affiliated athletes who will be competing, the country they represent and their events.

Meet Information
The first Wildcat to compete will be Megan Moss at 2:45 p.m. ET in the mixed 4x400m relay heats, followed by Volunteer Coach Christian Coleman in the 100m prelims and heats. If The Bahamas’ mixed 4x400m qualifies for finals, Moss will run again at 10:50 p.m. ET.

Harrison, the 2019 world silver medalist and Tokyo 2020 silver medalist over 100m hurdles, will face off against fellow UKTF alumna Jasmine Camacho-Quinn, the Tokyo 2020 gold medalist. Harrison is the world record-holder (12.20) while Camacho-Quinn is the Olympic record-holder (12.37). Volunteer coach Devynne Charlton is also primed to be a medal contender. She finished sixth in the Tokyo 2020 100m hurdles final and earned silver at 2022 World Indoor Championships in the 60m hurdles.

Roberts, the Olympian and two-time U.S. champion in the 110m hurdles, will compete for a medal in the same race.