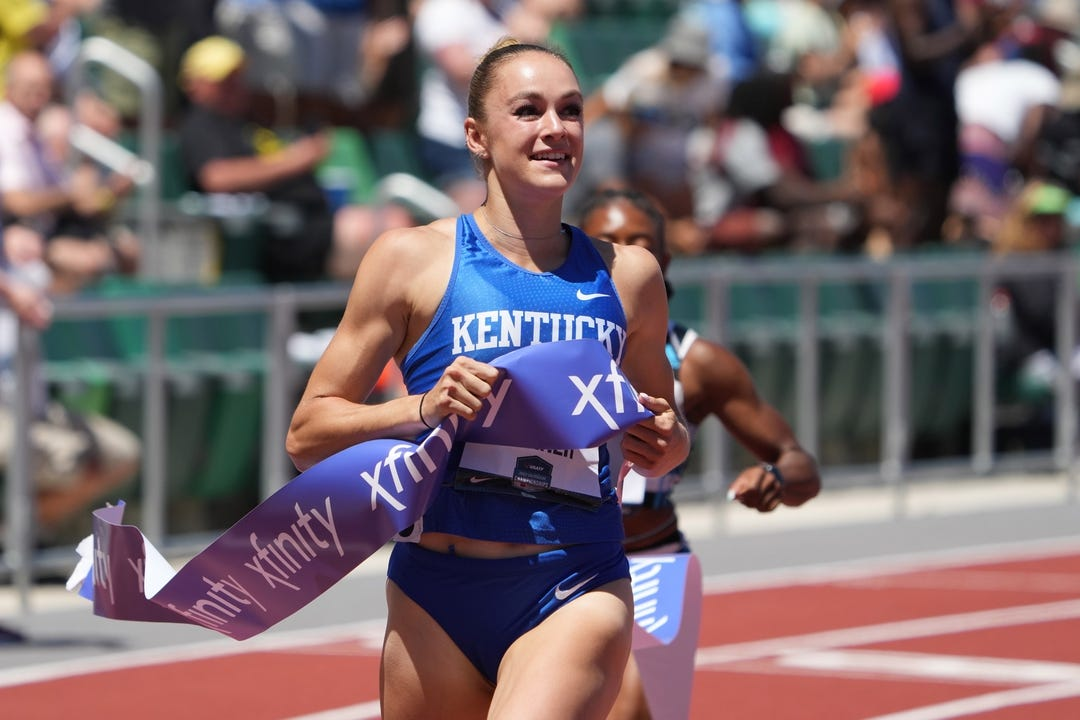 EUGENE, Ore. — Kentucky track & field’s Abby Steiner proved once again that the more she runs, the faster she gets, winning the U.S. 200-meter dash title, while Daniel Roberts also won his signature event, the 110m hurdles, to represent UKTF on the final day of USATF Outdoor Championships at Hayward Field.

Steiner found success in her first USATF Outdoor Championships by winning the 200m with a personal best time of 21.77, a new all-dates collegiate best, sixth fastest in American history and 17th fastest in world history.

Christian Coleman did not start in the 200m semifinal or final. He is already qualified for World Athletics Championships in the 100m due to being the 2019 world champion in the event.

UKTF alumnus Nick Anderson finished 15th in the 110m hurdles semifinal with a time of 13.69.

McLaughlin clocked 51.41 to become the U.S. Champion once again, breaking her own world record by .05 seconds. The two-time Olympic gold medalist will compete for Team USA at World Athletics Championships from July 15 through July 24.

An incoming freshman for UK football and UKTF, Anthony won the USATF U20 200m title in 20.34, punching his ticket to U20 Championships in Cali, Colombia in August. Incoming sophomore transfer Brandon Miller placed second (20.47), also securing a spot for World Championships.

Abby Steiner pulled a typical #SteinerSpeed performance by running the top time in the 200m prelims at 22.14. She will run in tomorrow’s semifinals at 3:30 p.m. ET.

UKTF class of 2019 Roberts ran the fourth fastest time of the 110m hurdles prelims at 13.28 and will run in tomorrow’s semifinal. Anderson also qualified for semifinals in the 13th position (13.68).

Coleman finished sixth in the 200m prelim for the automatic qualification to Saturday’s semifinal.

Miller was UK’s top finisher in the under-20 events, placing fifth in the 100m finals with a time of 10.42. He was followed by Anthony in sixth (10.43). Despite not finishing in the top three, both runners made the Team USA U20 team.

Coleman qualified for 100m finals with a 9.87 run in semifinals, but as last year’s world champion in the 100m, he already has an automatic bid to World Athletics Championships and chose not to run in finals.