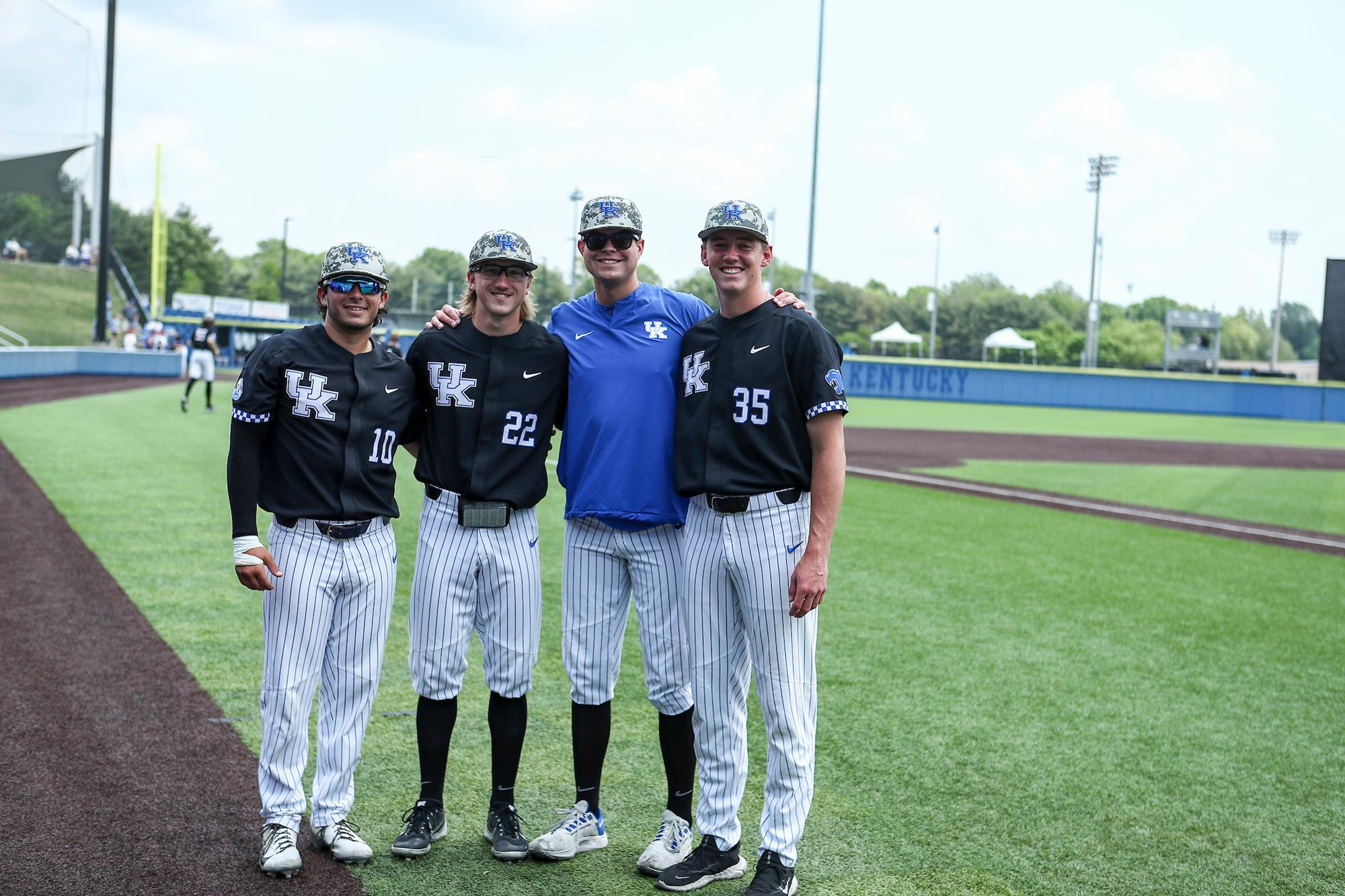 John Trasher crashed full speed into the centerfield wall, causing enough concern with the Kentucky coaching and medical staffs that he exited the game as a precaution, thus ultimately ending his college baseball career. Why?

Because, according to him, his roommate and UK’s pitcher that afternoon, Tyler Bosma, was throwing a no-hitter and Thrasher was going to do everything he could to help both Bosma and UK’s NCAA Tournament chances.

“I’ve built some close relationships with my teammates after one year, friendships that I will maintain for years to come,” Thrasher said.

“Transferring to Kentucky from a mid-major program was the best experience I’ve had. I was welcomed with open arms by the staff and my teammates. From day one the coaching staff and support staff were so helpful in guiding me in the right direction. The culture we established and built will be present in years to come. This has been a wonderful baseball experience and I am beyond thankful for it.”

Thrasher would lay it all on the line again if given the opportunity. He, infielder Daniel Harris IV, and fellow outfielders Adam Fogel and Hunter Jump, along with pitchers Bosma, Mag Cotto, Tyler Guilfoil and Darren Williams also transferred to UK for the 2021-22 season and are leaving Lexington a better place.

“There’s a brotherhood there,” UK coach Nick Mingione said. “I wasn’t sure how that was going to work out. We brought in eight guys from the transfer portal. One thing about Kentucky is we have to recruit from all over the country. I’ve always said this, to build your roster, it’s a lot like a recipe, and you have to have people from all different places. It’s much like a bunch of different flavors, right? If everything is the same, it’s just bland.

“We’ve been afforded an opportunity based on where we’re at where we’re able to pull people from all over, even a guy like Fogel from Hawaii and a Thrasher from Connecticut. I’ve always said it’s like a recipe, and when you get a bunch of 18- and now 24-year-olds together and they have a common vision and they create a brotherhood, it’s pretty awesome. It usually shows up when it matters the most.”

A year prior, the Wildcats brought pitcher Sean Harney in from Massachusetts. All he did was stamp himself as one of the more accomplished pitchers in school history.

“I think the coaching staff here has brought him to another level” Peter Harney, Sean’s father, said while watching him pitch seven shutout innings in the Southeastern Conference Tournament. “I think the pitching coach (Dan Roszel) is second to none. I think the head coach sets the right example. You couldn’t be happier with that character of a person having influence on your kid. He’s a graduate student now so this is it for him, I don’t have to say nice things about the coaches but I love seeing how some of these young players are developing.”
The proof was in the production, as Harris started more than 50 games and was UK’s second-leading hitter, Guilfoil was named an All-American, Williams had an earned run average below 1.00 before getting hurt, Fogel and Jump were at their best late in the season, Cotto held his own against top-ranked Tennessee in the SEC Tournament, Bosma dominated traditional power LSU and Thrasher was a game-changer on the basepaths.

“Thank you to Kentucky Baseball for giving me a family for life.” Thrasher said.