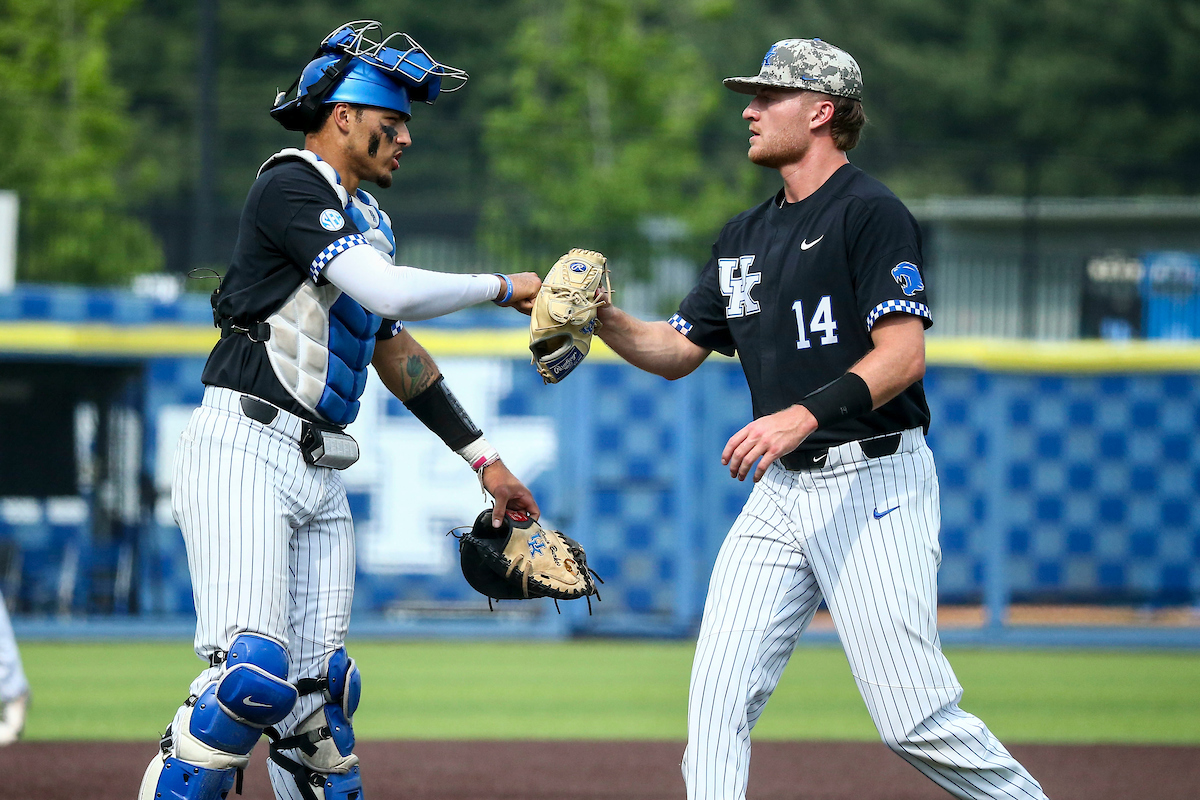 Tyler Guilfoil Named Finalist For Stopper of the Year Award

Kentucky junior pitcher Tyler Guilfoil has been one of the 10 finalists for the national Stopper of the Year Award, the National Collegiate Baseball Writers Association announced Tuesday. He previously was named Second-Team All-American by Collegiate Baseball.

Guilfoil, a Lexington native who transferred back home after last season, turned in arguably the best season in history by a Kentucky reliever. He had a 1.59 earned run average and six saves in 51.0 innings while striking out 14 batters per nine innings and holding opposing hitters to a .156 batting average. He had a microscopic 1.34 ERA in 40.1 SEC innings.