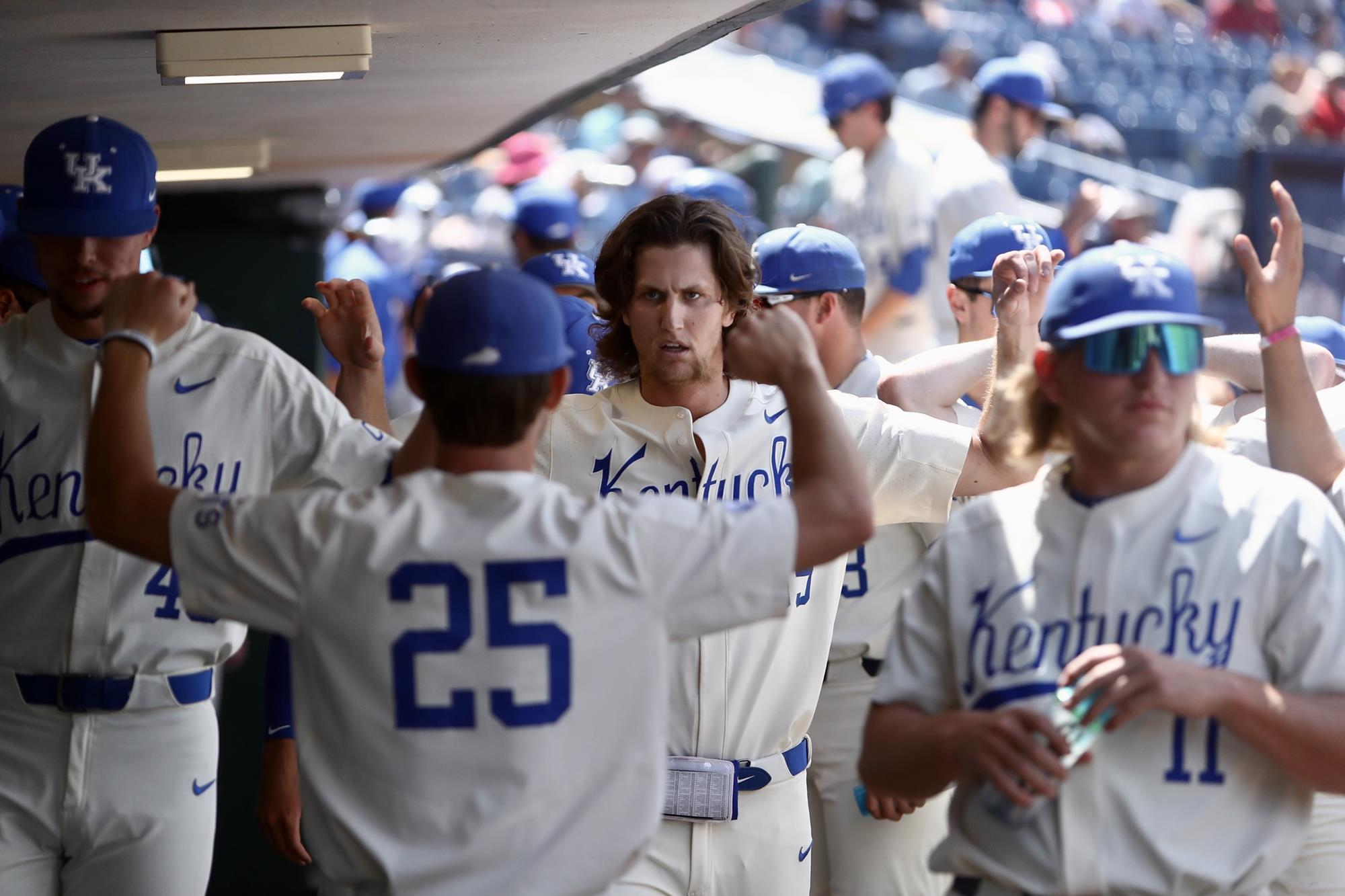 Whistlin’ While We Work: Kentucky Defeats No. 24 Vanderbilt

HOOVER, AL – Kentucky staved off elimination at the Southeastern Conference Tournament for the second time in three days, defeating No. 24 Vanderbilt 10-2 on Friday at the Hoover Met. The Wildcats now have won multiple games at the event for the first time since 2014.

Ryan Ritter had three hits and drove in three runs, while Tyler Guilfoil earned his sixth save to give the Cats (32-25) their sixth win vs. teams ranked in the top six of the Ratings Percentage Index in the past 13 contests.

Kentucky now will face the loser of Tennessee and LSU on Saturday.

Guilfoil worked out of a jam in the sixth and continued his unparalleled season in UK history with 3.2 scoreless innings. Senior Daniel Harper picked up the win.

ON DECK
Kentucky will face the loser of Friday night’s Tennessee/LSU game at approximately 2:30 p.m. ET on Saturday.