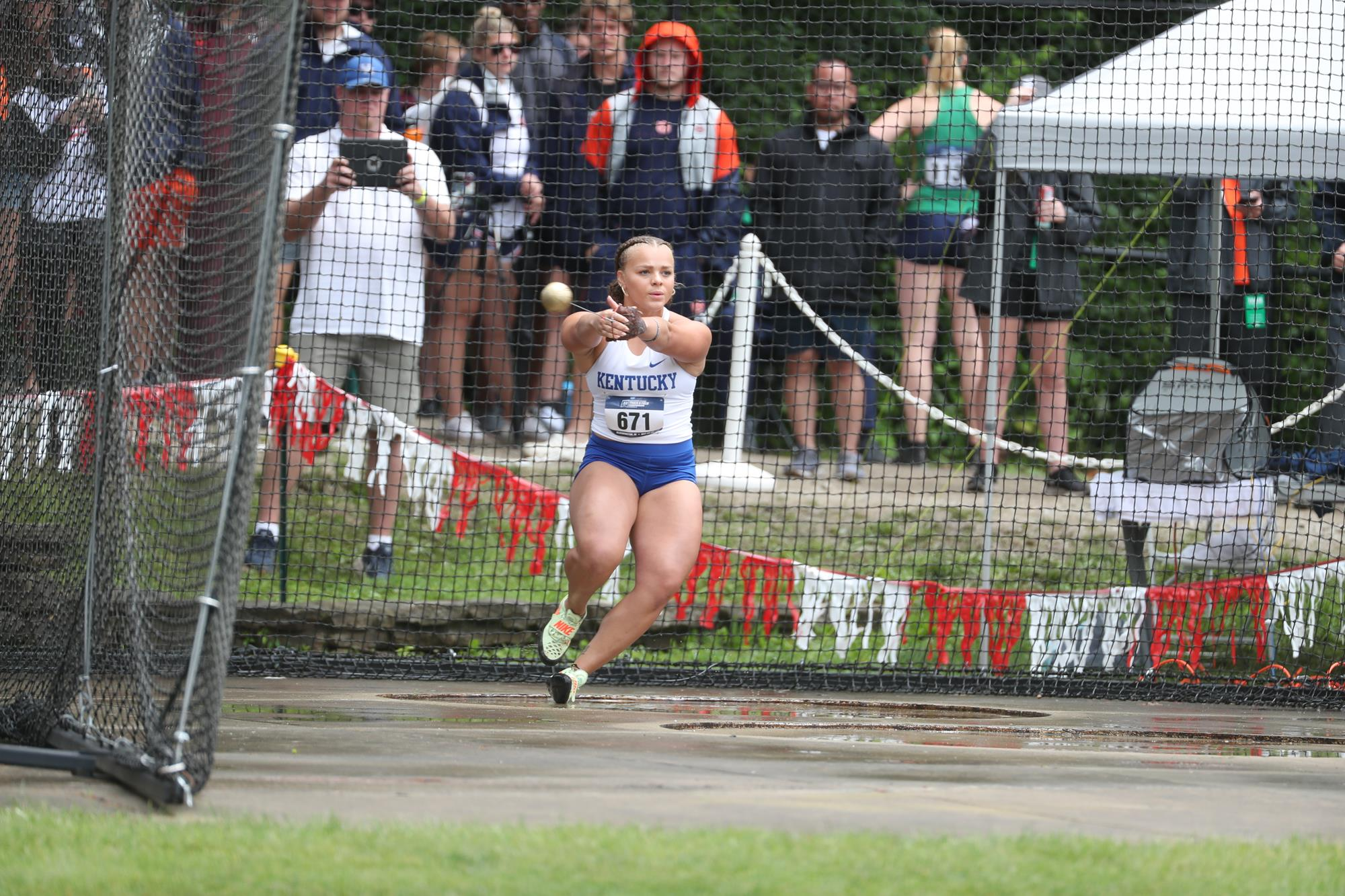 BLOOMINGTON, Ind. – Kentucky track and field senior thrower Jade Gates qualified for NCAA Championships in the hammer throw by placing in the top 12 at NCAA Division I East Preliminary Championships at Indiana University on Wednesday.

Gates joins Keaton Daniel and Josh Sobota as field athletes from UKTF that have qualified for NCAA Championships this week.

Friday will feature men’s events while Saturday will have women’s events.

Steiner is back in her usual routine of running the top times among the field in the 100m and 200m with 10.99w and 22.19 runs in the two events. Her 100m run with a 2.5 m/s tailwind was under the existing facility record, but the tailwind made the run ineligible for the record.

Kenroy Williams ran 50.55 for the eighth fastest time out of 48 qualifiers and will run in Friday’s quarterfinal. Beck O’Daniel finished 35th with a time of 52.41.

Rodney Heath Jr. joined Lang in qualifying for 100m quarterfinals, finishing third in his heat to automatically qualify with a time of 10.38.

Thirty-four Wildcats, 19 from the women’s team and 16 from the men’s team, made the trip to Bloomington and are competing for an NCAA Championships berth. Men competed on Wednesday and will compete Friday while women compete again on Saturday.

Leading all field event specialists on the men’s and women’s teams are Daniel, Rahman Minor, Gates and Sobota.