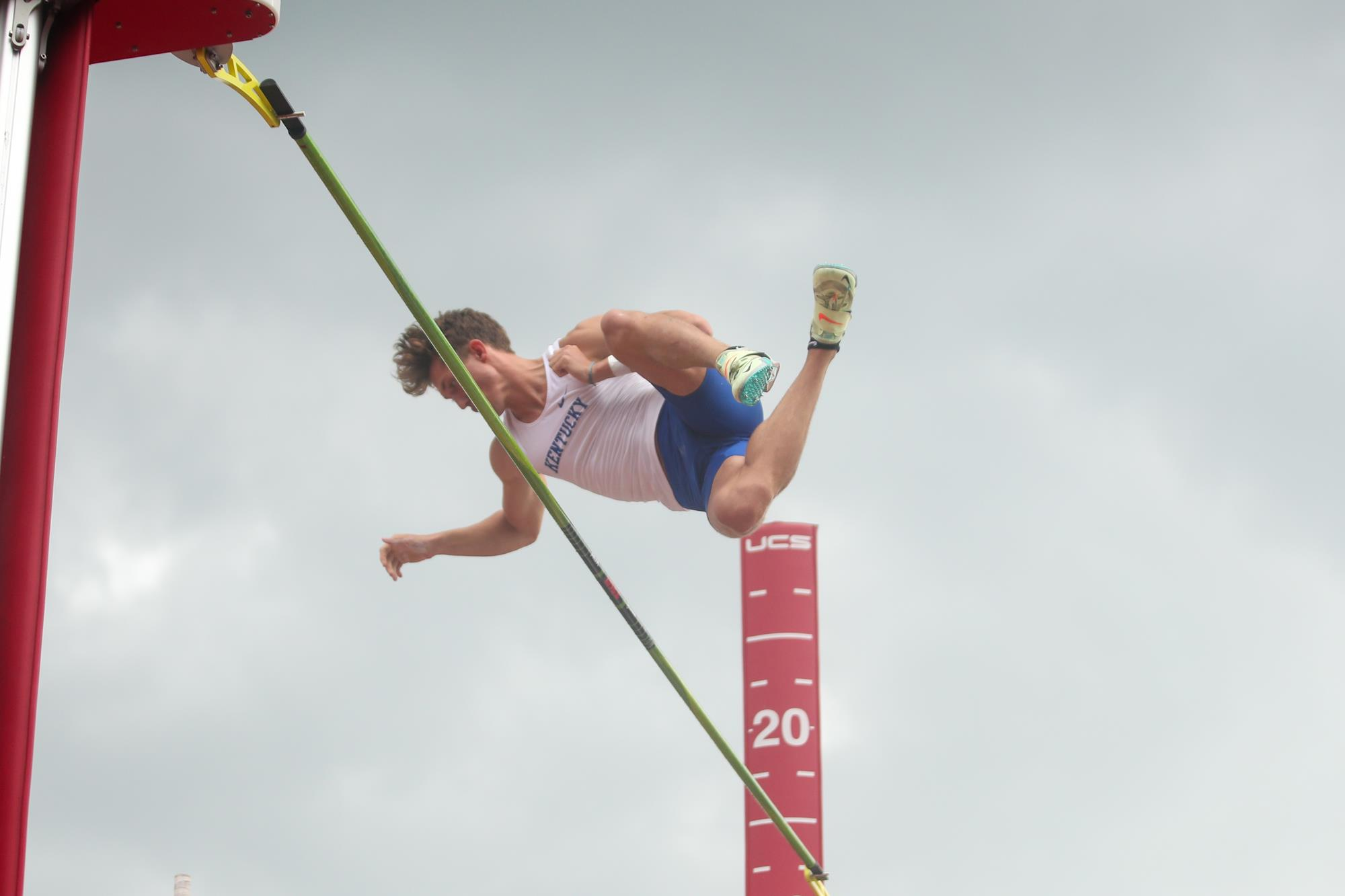 Due to the weather, Wednesday’s competitors experienced delays and Thursday’s event schedule has been changed. The updated schedule is attached.

Sobota threw for an outdoor personal best and qualifying mark of 65’9.75″/20.06m in the shot put, making this his second year in a row qualifying for NCAAs in the event. It was also his third best shot put throw of his career.

Kenroy Williams ran 50.55 for the eighth fastest time out of 48 qualifiers and will run in Friday’s quarterfinal. Beck O’Daniel finished 35th with a time of 52.41.

Rodney Heath Jr. joined Lang in qualifying for 100m quarterfinals, finishing third in his heat to automatically qualify with a time of 10.38.

Thirty-four Wildcats, 19 from the women’s team and 16 from the men’s team, made the trip to Bloomington and are competing for an NCAA Championships berth. Men competed on Wednesday and will compete Friday while women compete on Thursday and Saturday.

Thursday’s schedule is the same as Wednesday’s post-weather delay, beginning at 10 a.m. with hammer throw and ending around 8 p.m. with shot put, but with women’s events.

Leading all field event specialists on the men’s and women’s teams are Daniel, Rahman Minor, Gates and Josh Sobota.