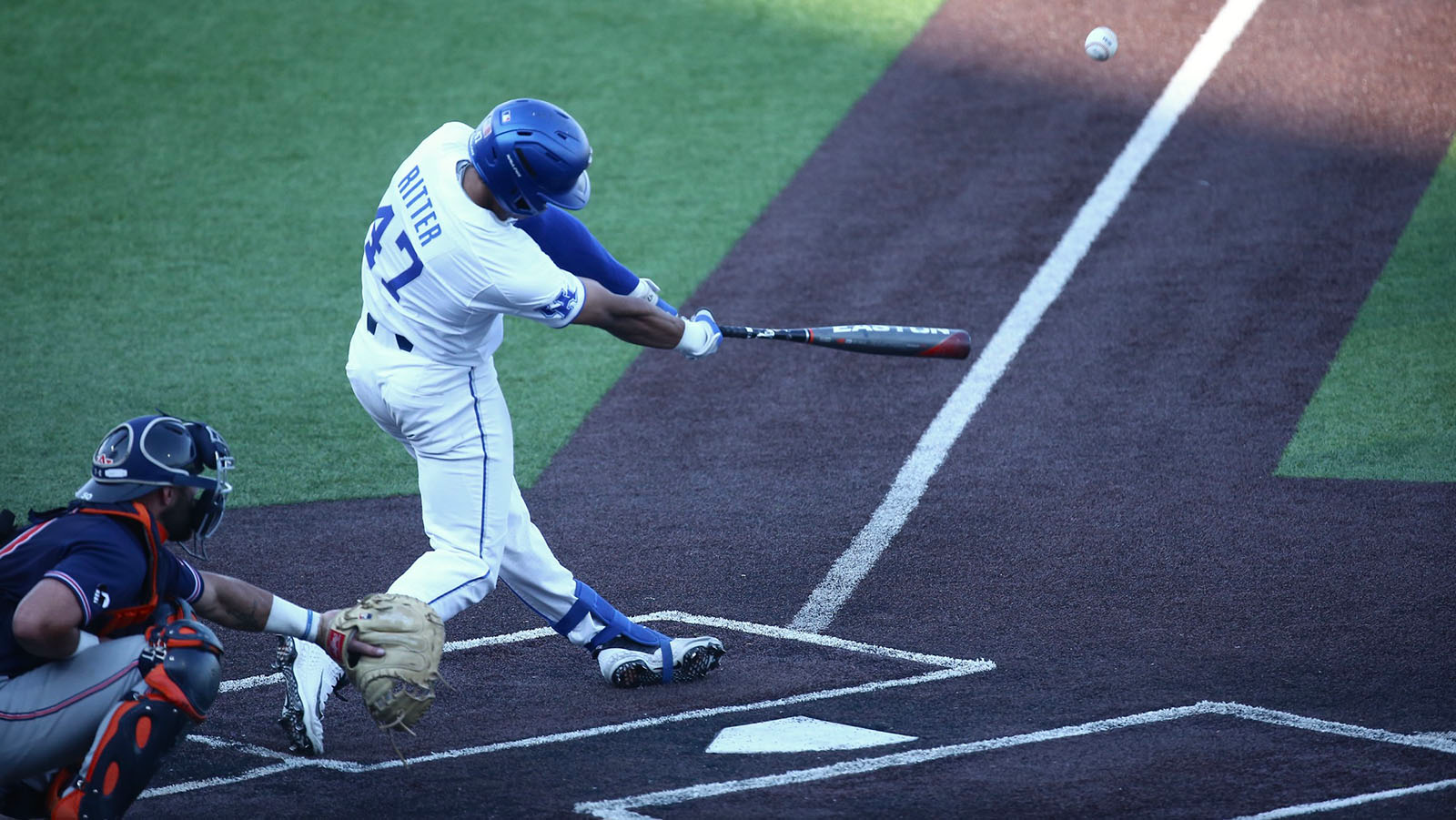 LEXINGTON, KY. – Adam Fogel tied his career high with three hits in the opening game and homered in game two as Kentucky split a Friday doubleheader with No. 18 Auburn at Kentucky Proud Park.

The Wildcats (29-24, 11-18 SEC) must either win on Saturday or Missouri lose to Georgia or Arkansas sweep Alabama to earn a bid to the Southeastern Conference Tournament.

UK took an early lead and cruised to a 5-1 victory in game one as Sean Harney pitched the final three innings to pick up his second save of the season. Auburn used five two-out runs over a pair of innings early in game two and closed out a 6-3 win in the night cap.


ON DECK
Kentucky will host No. 18 Auburn to end the regular season Saturday. First pitch is 2 p.m. ET on SECN+. The radio call will be on the UK Sports Network.