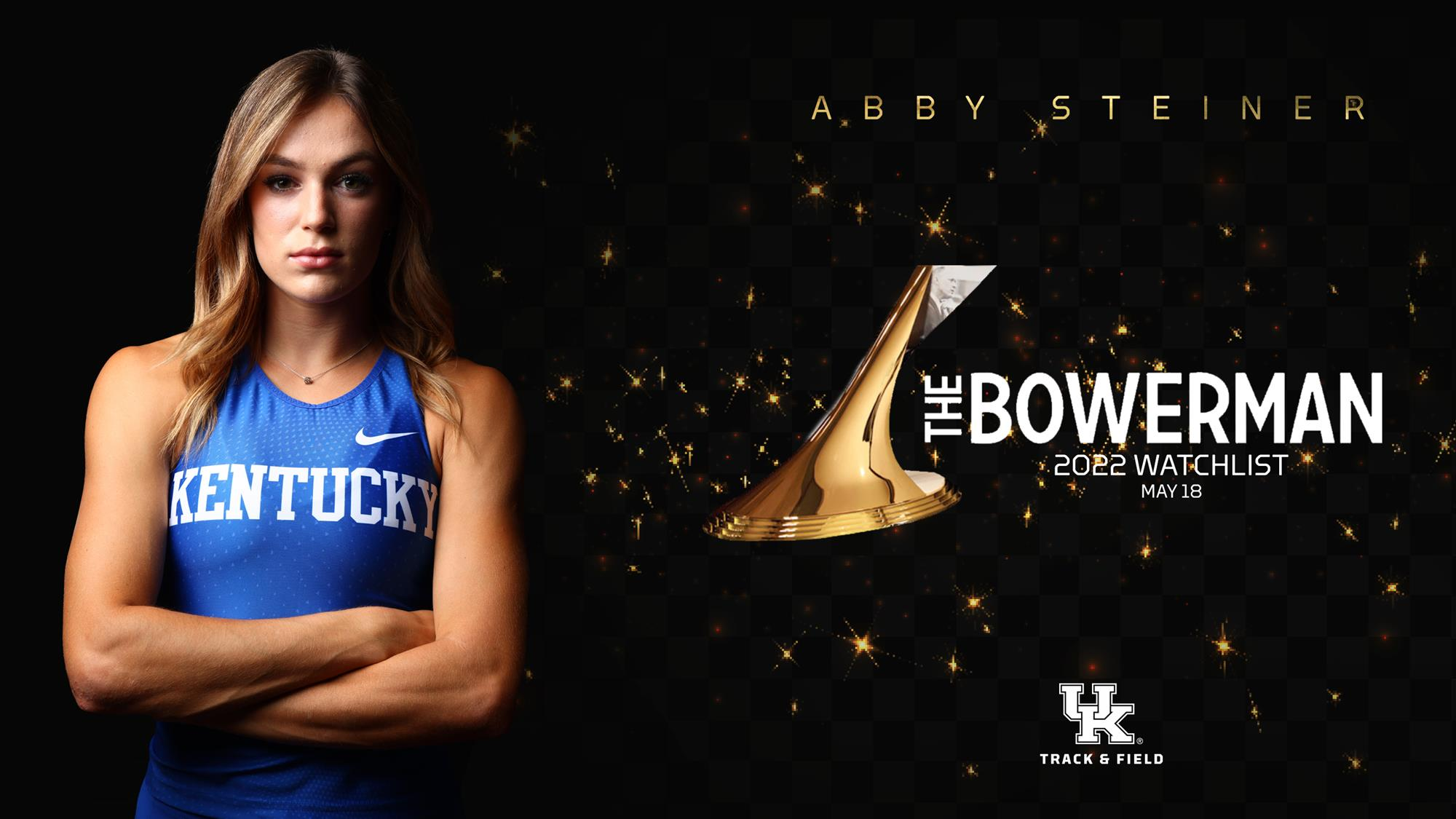 LEXINGTON, Ky. — Kentucky track & field senior sprinter Abby Steiner has been named to The Bowerman Award Watch List in the post-conference championship update (Update No. 6) by the United States Track & Field and Cross Country Coaches Association for her participation in the collegiate record 4x400m relay and top times in the 200- and 100-meter races on the collegiate and world stage from Southeastern Conference Championships.

This is Steiner’s 11th appearance on The Bowerman watch list in her career after appearing on the preseason watch list in January, six watch list updates since then and four during the 2020-21 season.

Since Steiner’s last watch list appearance on May 4, she earned her fourth and fifth SEC individual medals with silver finishes in both the 100m and 200m while also being a member of the gold-medal winning and collegiate record 4x400m relay (3:21.93).

In the relay, Steiner ran a blazing 48.72 seconds as the third leg, which set Alexis Holmes up to maintain the lead and get the collegiate record.

The day before SEC Championships began, Steiner was named the SEC Women’s Outdoor Track & Field Scholar-Athlete of the Year to add to her long list of accolades, including the same award from the indoor season.

Shortly before SEC Championships, Steiner ran the third fastest outdoor 200m in collegiate history and second fastest in the NCAA this season with a wind-legal 22.05 run at the Kentucky Invitational. It was also a school record, meaning Steiner’s name is now tied to seven different program records.

She also played a part in the then-third fastest 4x400m of the collegiate season, with the group of Steiner, Alexis Holmes, Karimah Davis and Dajour Miles clocking 3:25.79 for a school record in front of Big Blue Nation on UKTF’s Senior Day.

In April, aside from her 22.05 run in the 200m at home, Steiner made history in the 100m in early April at the Joe May Invitational, running the fifth fastest 100m in collegiate history at 10.82 seconds, which is a school record. It is also the current wind-legal collegiate lead for 2022 and second fastest in the world this season.