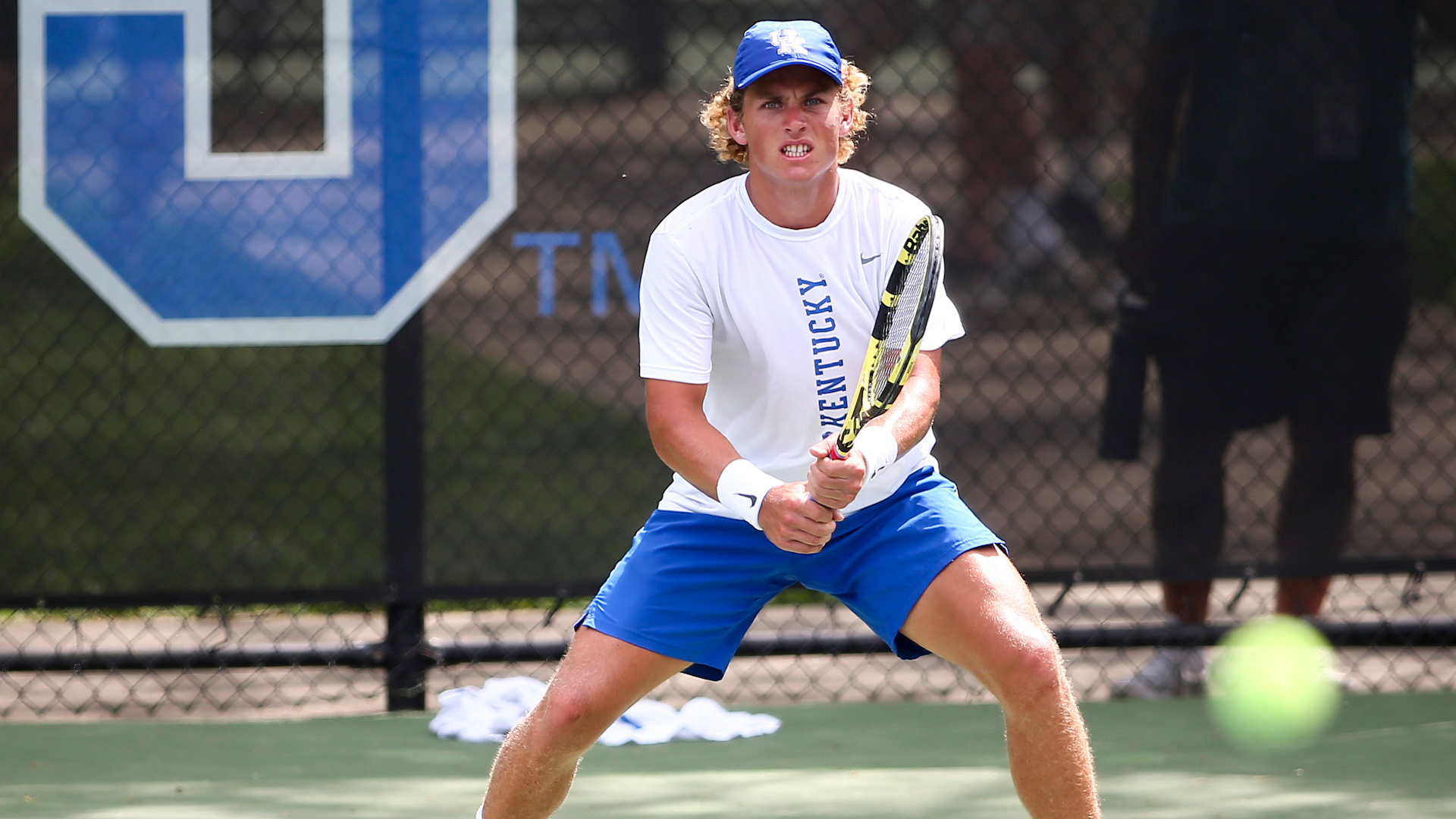 LEXINGTON, Ky. – Following a thrilling home finale that advanced the team past the Sweet 16 for the first time since 2011, No. 8 Kentucky (24-7) will look to bring that momentum into Champaign, Illinois. The Wildcats will take on top-seeded TCU (26-4) in the Elite Eight on Thursday at 4 p.m. ET at the Atkins Tennis Complex, aiming to earn a spot in the NCAA Tournament Semifinals for first time in program history.

UK advanced to this round after previously defeating DePaul, Northwestern and No. 9 Wake Forest, all at the Hilary J. Boone Tennis Complex. The winner of Thursday’s upcoming tilt will head to Saturday’s Final Four and take on the victor of No. 4 Ohio State and No. 5 Michigan.

Setting the stage
The Wildcats find themselves in their fifth Elite Eight in school history after a 4-2 victory over the nine-seed Wake Forest Demon Deacons on Saturday. The program now holds a 32-30 record in the NCAA Tournament. In Kentucky’s last Elite Eight appearance in 2011, the team fell to eventual champion USC in a 4-1 decision.

Despite dropping the doubles point in the Super Regional, the blue and white prevailed after earning four wins in singles competition. Liam Draxl and JJ Mercer claimed two important victories before nearby lightning caused a weather delay. When play resumed, Gabriel Diallo swiftly put it at match point to set up Millen Hurrion’s historic match-clinching win.

UK was awarded the eighth overall seed in the NCAA Tournament, allowing it to compete in all three postseason matches thus far at the Boone Complex. Currently, the team is No. 7 in the United States Tennis Association top-25 rankings and No. 9 by the Intercollegiate Tennis Association. Kentucky has been slotted inside the top-13 on the ITA rankings all season.

Currently, Draxl leads the way for Kentucky in singles as the fourth-ranked player in the country. Just behind him is No. 21 Diallo, who is 33-6 this year. No. 83 Hurrion and No. 113 Joshua Lapadat round out UK’s ranked singles players.

In doubles, Hurrion and Francois Musitelli is the team’s highest ranked pair at No. 55. Together, they have manned court one and accumulated a 5-5 record this season. No. 60 Draxl and Hurrion make their eighth appearance in the doubles rankings together this season as well.

Scouting the Horned Frogs
TCU is currently viewed as the top team in the country by both ITA and the NCAA. The Horned Frogs made their fifth Elite Eight in the last seven postseasons after going 26-4 this season, also claiming the 2022 ITA Indoor Championship.

All four of their losses came at their home facility, and the team went 7-0 on the road and 4-0 in neutral site matches this year. The Horned Frogs have earned the doubles point in 25 of its 30 matches this year. In three of four losses, TCU did not claim the point in doubles competition.

The top team in the country likely has the top doubles units of any school. Jacob Fearnley and Luc Fomba slot as the top tandem in college tennis with a 19-5 record, including a 9-1 mark against ranked opponents. Lui Maxted finds himself on both the No. 10 doubles team with Alexander Jong and No. 11 with Pedro Vives Marcos.

TCU has five athletes currently featured on the ITA singles rankings. The Horned Frogs regular choice for court one is their top ranked player, No. 12 Fomba. Just behind Fomba is No. 16 Juan Carlos Aguilar, who is 21-10 on the year and 14-7 in dual matches. No. 72 Jong holds a 16-3 record at the third position in dual matches this spring. No. 95 Fearnley and No. 104 Maxted close out the individuals ranked in singles on TCU’s roster.

Next up for the Cats
Following the team championship, both Diallo and Draxl will remain in Champaign for the individual NCAA Tournament. It will begin on Monday, May 23, with the championship concluding on May 28.  Draxl, the reigning ITA Player of the Year, earned the fourth overall seed for the tournament.

How to watch
For fans who cannot attend the match in person, TennisONE is your home for the NCAA Tournament. The TennisONE app will live stream all matches throughout the postseason. The app is free to download on the iOS and Google Play app stores and can be accessed on the web here.