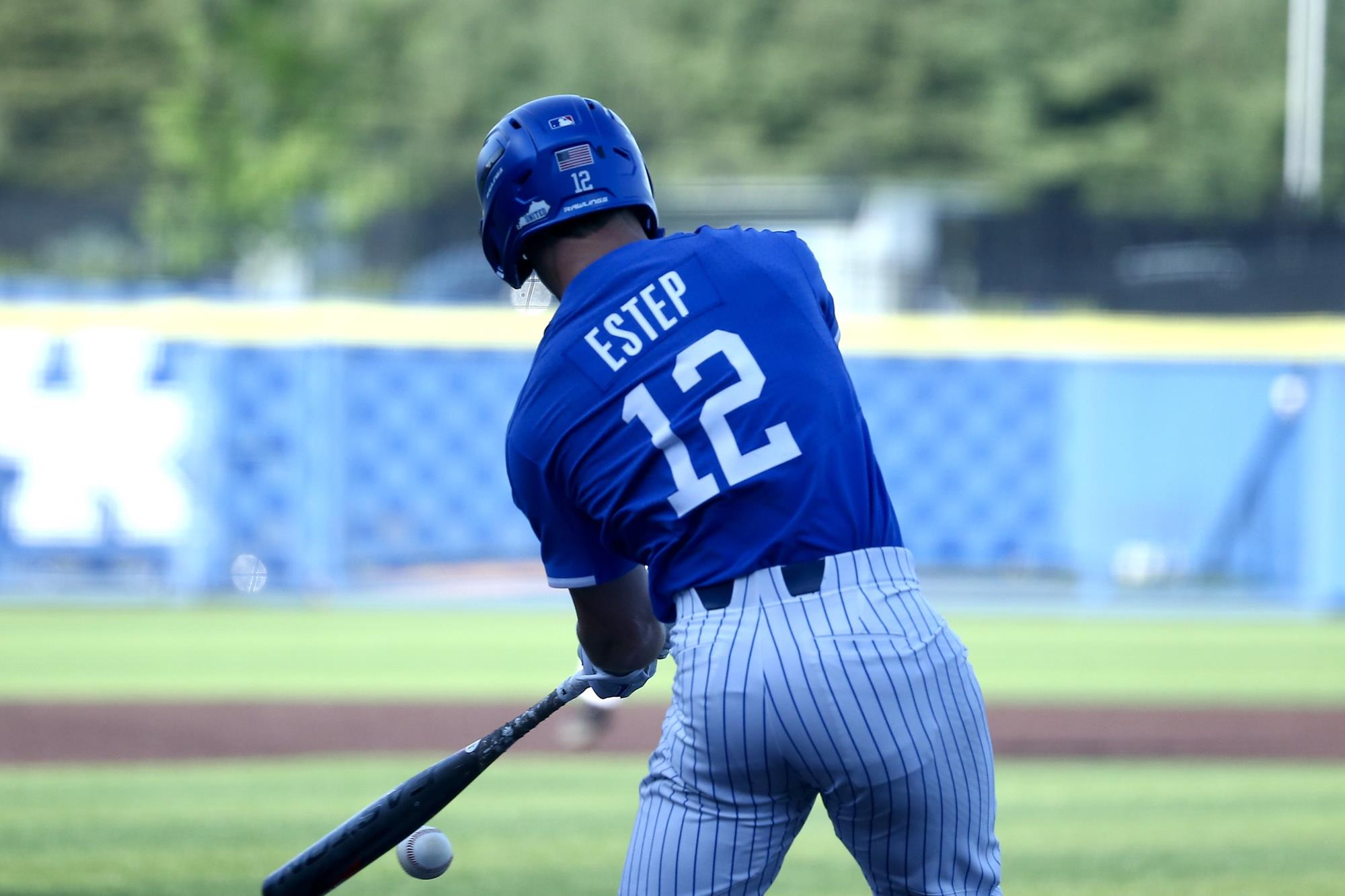 Chase Estep drove in four runs and Oraj Anu had a career night as Kentucky scored a 13-0 run-rule victory in seven innings over Tennessee Tech on Tuesday evening. It was UK’s first shutout victory of the season.

The Wildcats (28-23) now turn their attention to regular season-closing three-game series with No. 18 Auburn that opens Thursday. The Cats control their own destiny in the race for Hoover and have a magic number of two to reach the Southeastern Conference’s postseason event.

Estep delivered a three-run double and Anu tied his career high for both hits and RBI, falling only a home run short of the cycle for the Cats. Daniel Harris IV extended his hit streak to 12 games and Jake Plastiak smacked a pair of doubles as well.

In the game, UK had six doubles and a triple, as well as a pair of stolen bases while scoring in each of the first five innings.

ON DECK
Kentucky will host No. 18 Auburn to open the final SEC series of the season on Thursday evening. First pitch is 6:30 p.m. ET on SECN+. The radio call will be on the UK Sports Network.