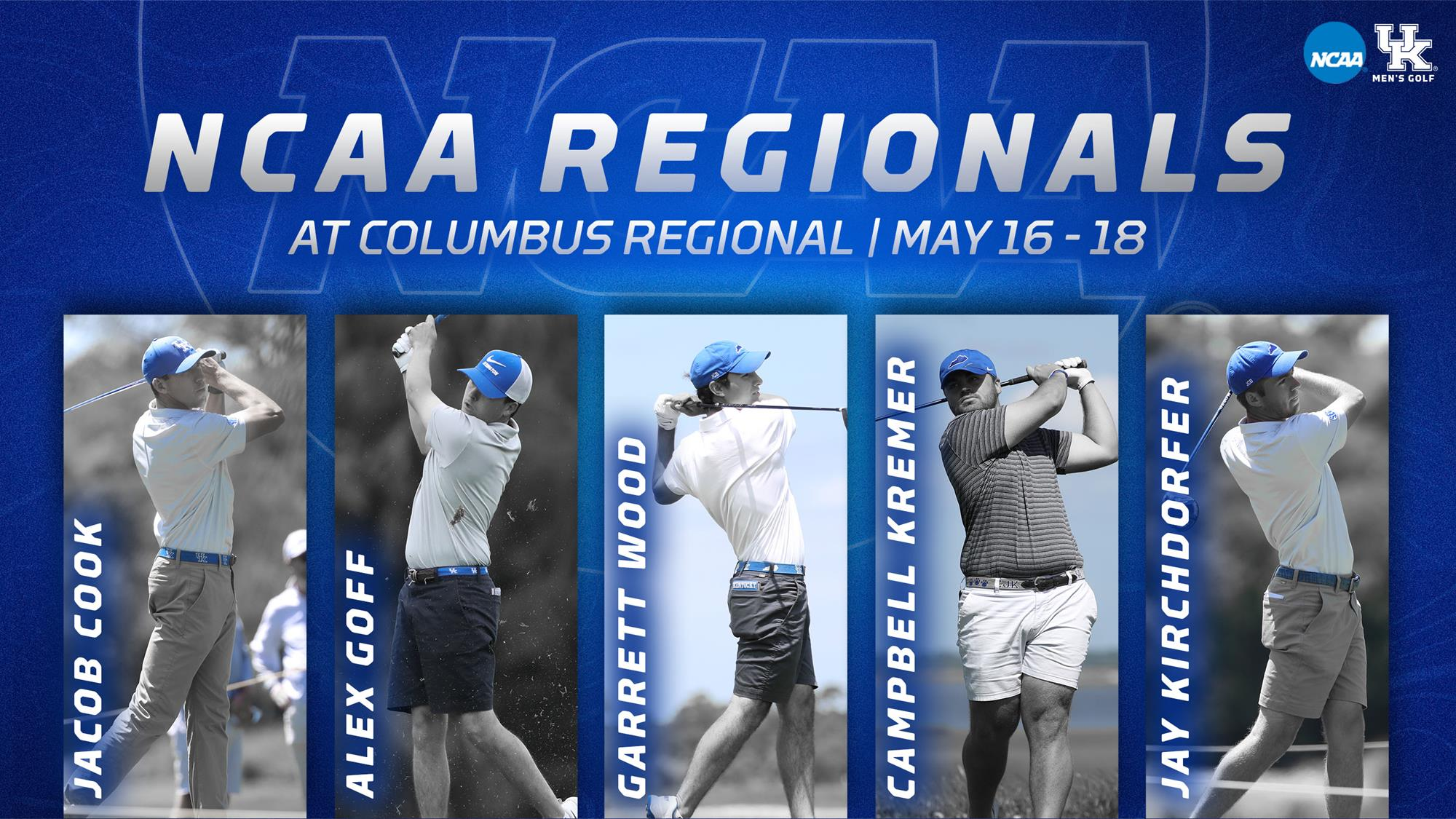 LEXINGTON, Ky. – The Kentucky men’s golf team begins postseason action on Monday, as the Wildcats travel to Columbus, Ohio to participate in the Columbus Regional of the 2022 NCAA Division I Men’s Golf Championship.

A loaded field awaits the Wildcats at the Ohio State Golf Club May 16-18. The three-day, 54-hole tournament will decide which five teams move on as part of the NCAA Championship field of 30. Live stats are available via golfstat.com.

Jacob Cook, Alex Goff, Garrett Wood, Campbell Kremer and Jay Kirchdorfer will suit up for the Wildcats this week. Jackson LaLonde will serve as the team’s alternate player. Cook, Goff, Wood and Kremer have been steady starters for the Cats throughout the spring season. Kirchdorfer was UK’s alternate at the Southeastern Conference Championship in April.

The 13-team regional features just one other team from the SEC in No. 14 Arkansas. The remainder of the field includes No. 2 Oklahoma State, No. 11 Georgia Tech, No. 23 Clemson, East Tennessee State, Ohio State, Duke, Northwestern, Florida Gulf Coast, San Francisco, Wright State and Southern Illinois.

The field will begin in three-team pairings at 7:30 a.m. ET at the Ohio State Golf Club. Kentucky will begin the week paired with San Francisco and Wright State and will begin play at 8:55 a.m. off the No. 10 tee.

Kentucky is paced by Cook who is totaling a career-low 71.39 stroke average. He also has amassed six top-20 individual finishes on the season. Wood owns a 71.64 stroke average and posted four top-20 finishes, while Goff is averaging 71.96 strokes per round and matched Wood with four top-20 finishes. Goff led the way at the SEC Championship with a tie for 18th. Kremer has played in a career-high total of events and is averaging a career-best 72.58 stroke average and has generated a pair of top-20 finishes. Kirchdorfer has seen action in a career-high six events and posted a career-low round and a career-best 54-hole tournament score in 2021-22.

The Ohio State Golf Club’s Scarlett course opened in 1938. It was designed by Dr. Alister MacKenzie, a world-renowned golf course architect, and the course is considered one of the best collegiate courses in the nation.