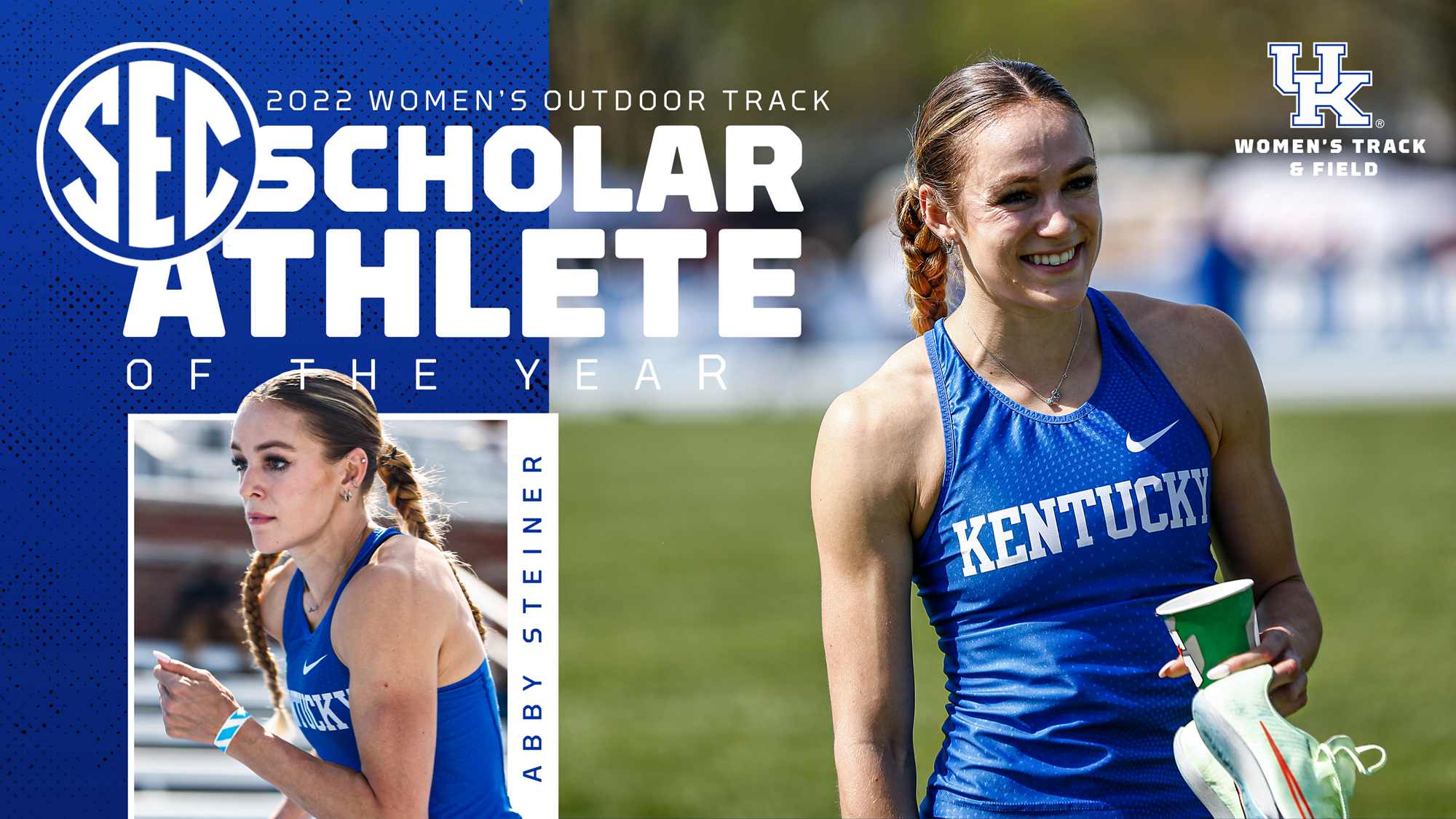 OXFORD, Miss. — Kentucky women’s track and field senior sprinter Abby Steiner has been named the Southeastern Conference Women’s Outdoor Track & Field Scholar-Athlete of the Year by a vote of the league head coaches.

This award is given to the student-athlete who has found the most success both in the classroom and on the track in the outdoor season.

She also recently graduated with a Bachelor’s degree in kinesiology.

Steiner is on track to have one of the greatest collegiate track seasons of all time.

Steiner ran the third fastest wind-legal time in collegiate history in the 200m at 22.05 seconds at the Kentucky Invitational, which was also a facility and school record. It was Steiner’s sixth school record with her name attached to it until she ran in the new school record 4x400m relay the next day, putting her school record total at seven.

Steiner ran a school record of 10.92 seconds in the 100m at the Joe May Invitational and the second fastest 200m (22.38) in UKTF history. Her 200m was into a 5.6 m/s headwind, but Steiner was still able to secure the fastest time in the NCAA this season, an outdoor personal best, and one of the fastest 200m runs in collegiate history into such strong gusts.

She is now the fifth fastest 100m runner in collegiate history and the 2022 NCAA leader among wind-legal times.

Her 200m time was also the fastest in collegiate history with a headwind over 1.7 m/s, according to the USTFCCCA.

She ran her first 100m in three years at the Florida Relays and debuted at 11.10, which was a personal best by nearly half a second and the second all-time for UK.

Steiner ended the indoor season by defending her NCAA title in the 200-meter dash with a 22.16-second run in Birmingham, Alabama. It was her second fastest 200m run of her career and second fastest in American history behind her own American-record mark.

Steiner earned silver in the 60m with a school-record time of 7.10 at NCAA Indoor Championships, which was the highest Steiner has ever placed in the event on the NCAA stage, in addition to leading the 4x400m relay to a bronze medal.

Steiner tied the then-60m school record Dezerea Bryant set in 2014 at Clemson, with the top time of the 60m semifinals (7.12). It was also the fastest women’s 60m time of the day, including prelims, semifinals and finals.