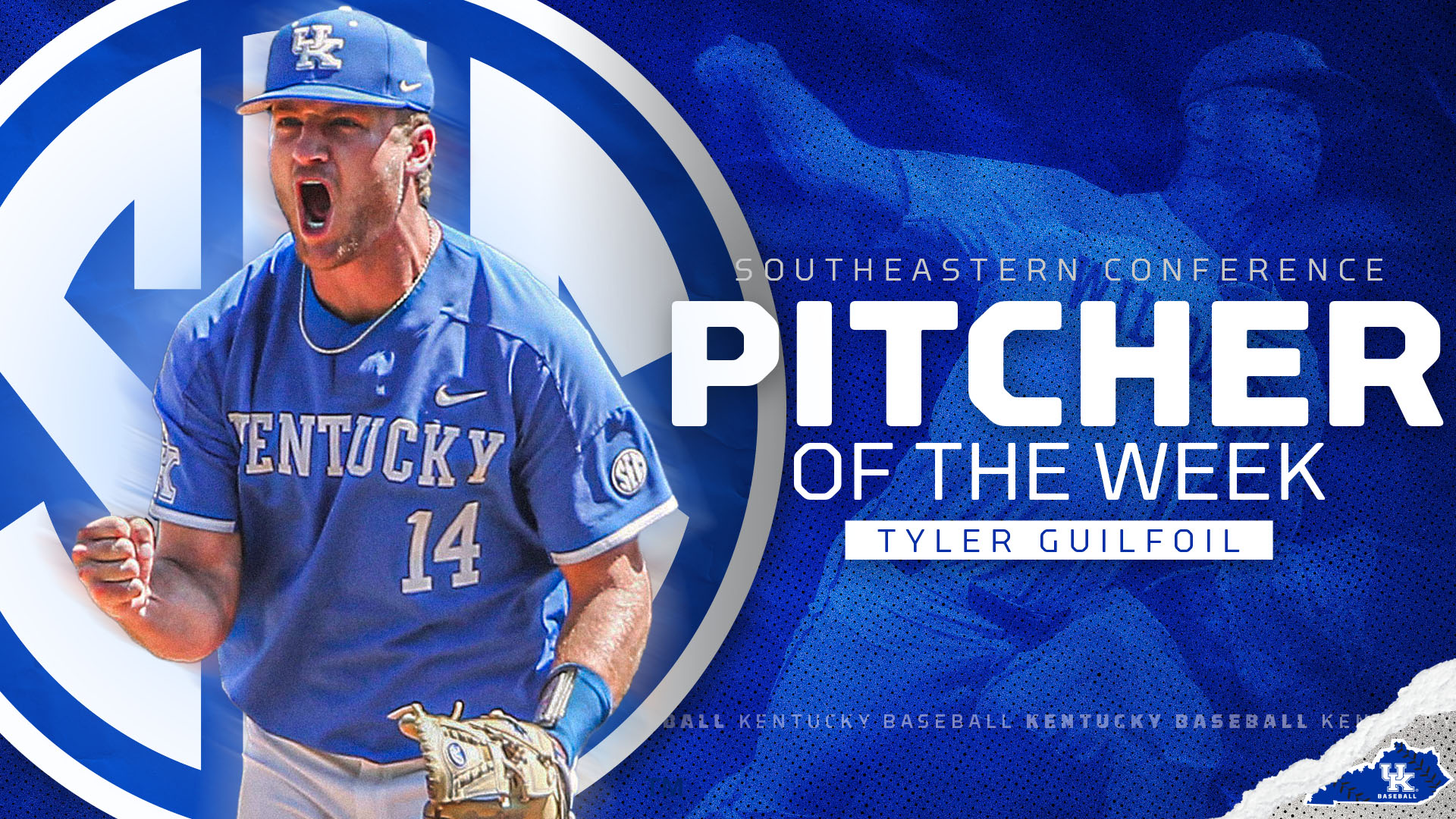 LEXINGTON, Ky. – Kentucky junior pitcher Tyler Guilfoil has been named Southeastern Conference Pitcher of the Week after holding No. 1 Tennessee to one hit in six innings of relief in Thursday’s 3-2, 13-inning victory.

The Wildcats became the first team this season to win a series over the Volunteers and first since 2019 to give them a road SEC series defeat.

Guilfoil was dominating in the opener, holding the nation’s top offense to a single hit after coming on in the eighth inning and holding Tennessee at bay until the Cats got a two-out walk-off single from Alonzo Rubalcaba.

Guilfoil, a Lexington native who transferred back home after last season, picked up his first win of the season to go along with a team-high four saves. He has a 1.45 earned run average in 37.1 innings while striking out nearly 15 batters per nine innings. He has a microscopic 1.01 ERA in 26.2 SEC innings.

UK will host UT Martin on Tuesday night before traveling to South Carolina this weekend.

Kentucky will look to soar on Tuesday evening as it hosts UT Martin at Kentucky Proud Park on the heels of last weekend’s series victory over No. 1 Tennessee.

The Wildcats (26-21, 9-15) vaulted back into both the Southeastern Conference Tournament and NCAA Tournament races by shutting down the nation’s top offense for much of the weekend. Game time Tuesday is set for 6:30 p.m. ET on SECN+.

UK will travel to South Carolina this weekend but host the Skyhawks (10-32) first. Tickets can be purchased at UKBaseballTix.com.