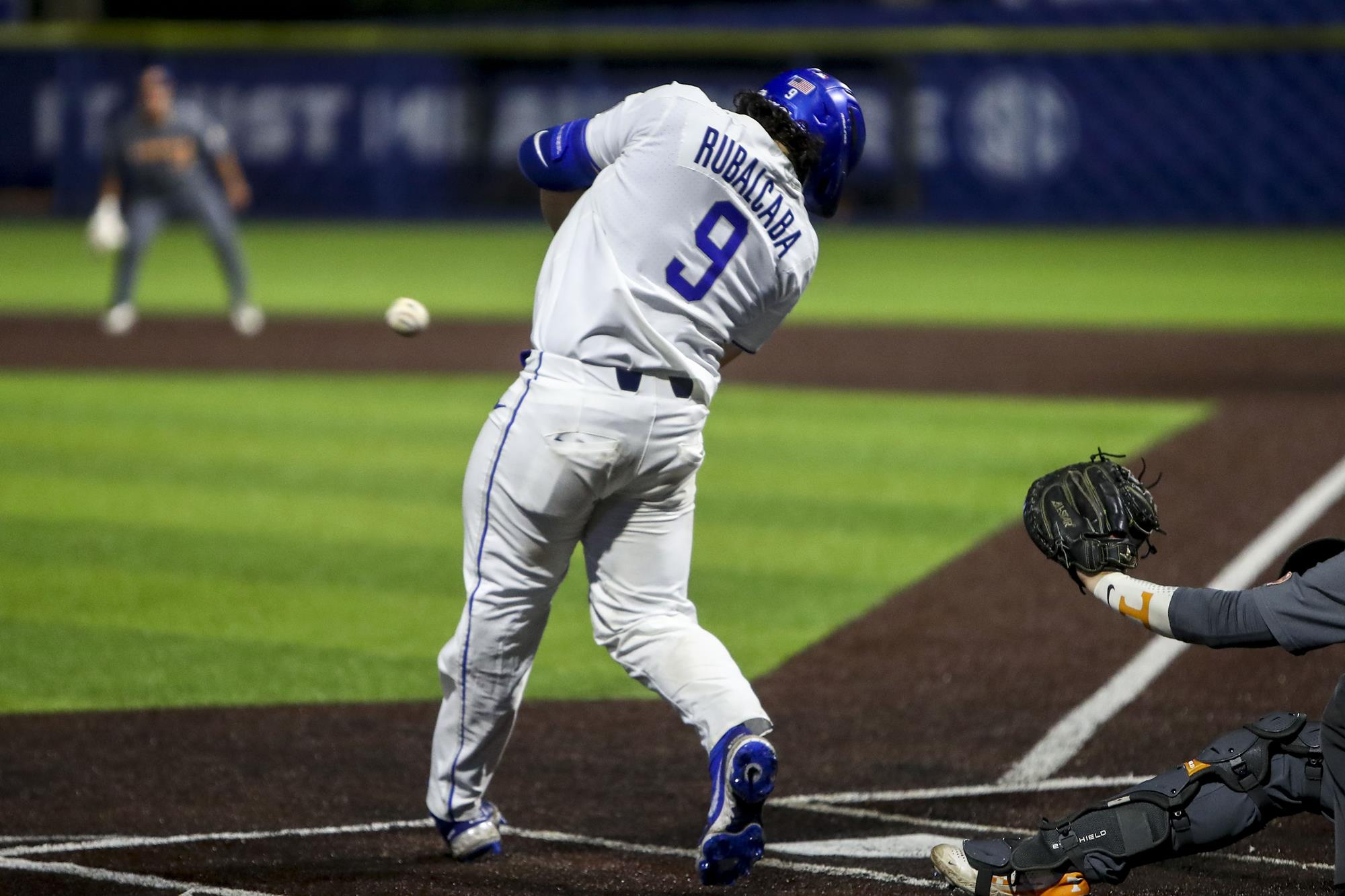 Late Night With The Cats: Kentucky Outlasts No. 1 Tennessee

Alonzo Rubalcaba deposited a game-winning single just inside the left field line to give Kentucky a 3-2 victory over No. 1 Tennessee in 13 innings on Thursday night at Kentucky Proud Park.

Kentucky (25-20, 8-14 SEC) now has won seven games against Top 10 opponents this season and can clinch the series with a win in either Friday or Saturday’s games.

The Cats had the potential winning run at second or third in the ninth, 10th, 11th and 12th innings before John Thrasher tripled into the right field corner with two outs in the 13th, setting the stage for Rubalcaba’s winner.

Tyler Guilfoil pitched 6.0 innings of one-hit baseball to pick up the win, UK’s fourth walk-off of the season. UK pitchers held the nation’s top offense to one hit over its final 42 plate appearances despite being ravaged by the injury bug.


ON DECK
Kentucky will go for a series win over top-ranked Tennessee at Kentucky Proud Park on Friday night. First pitch is at 6:30 p.m. ET on SECN+. The radio call will be on the UK Sports Network.