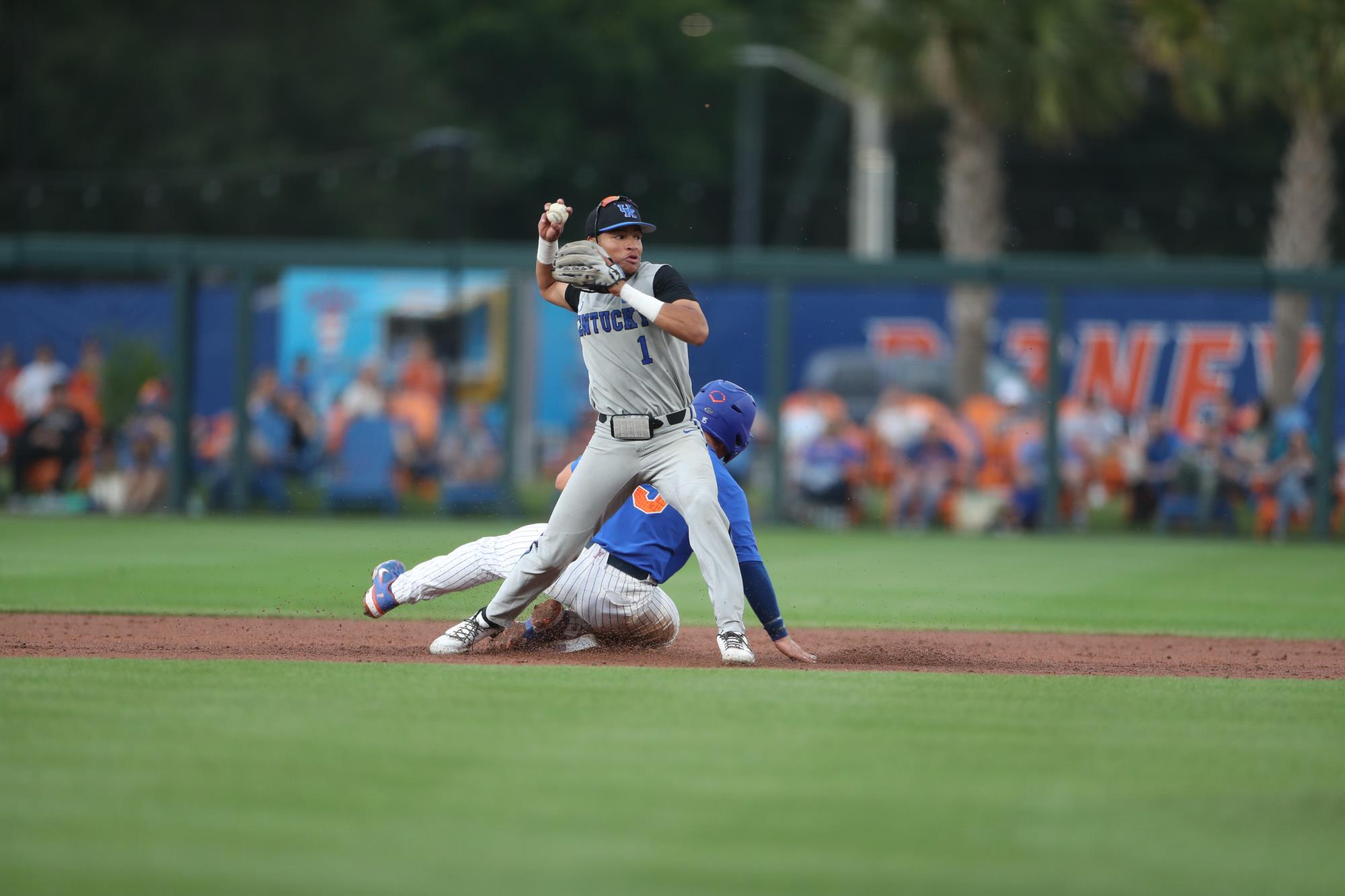 First pitch was delayed 56 minutes by a pop-up rain shower that hovered in the area and another two-hour, eight-minute delay in the bottom of the fourth inning. Because of the delays the game actually began in April and finished in May.

Florida jumped on the Wildcats (23-20, 6-14 SEC) for three runs in the first after four batters and then four more in the second on a home run and two-run single.

Junior shortstop Ryan Ritter smacked a pair of doubles, drove in a run and turned in another defensive gem on a 100 MPH one-hopper to his right. Middle infield mate Daniel Harris IV added three hits.


ON DECK
Kentucky and Florida meet again on Sunday afternoon. First pitch is at noon ET on the SEC Network. The radio call will be on the UK Sports Network.