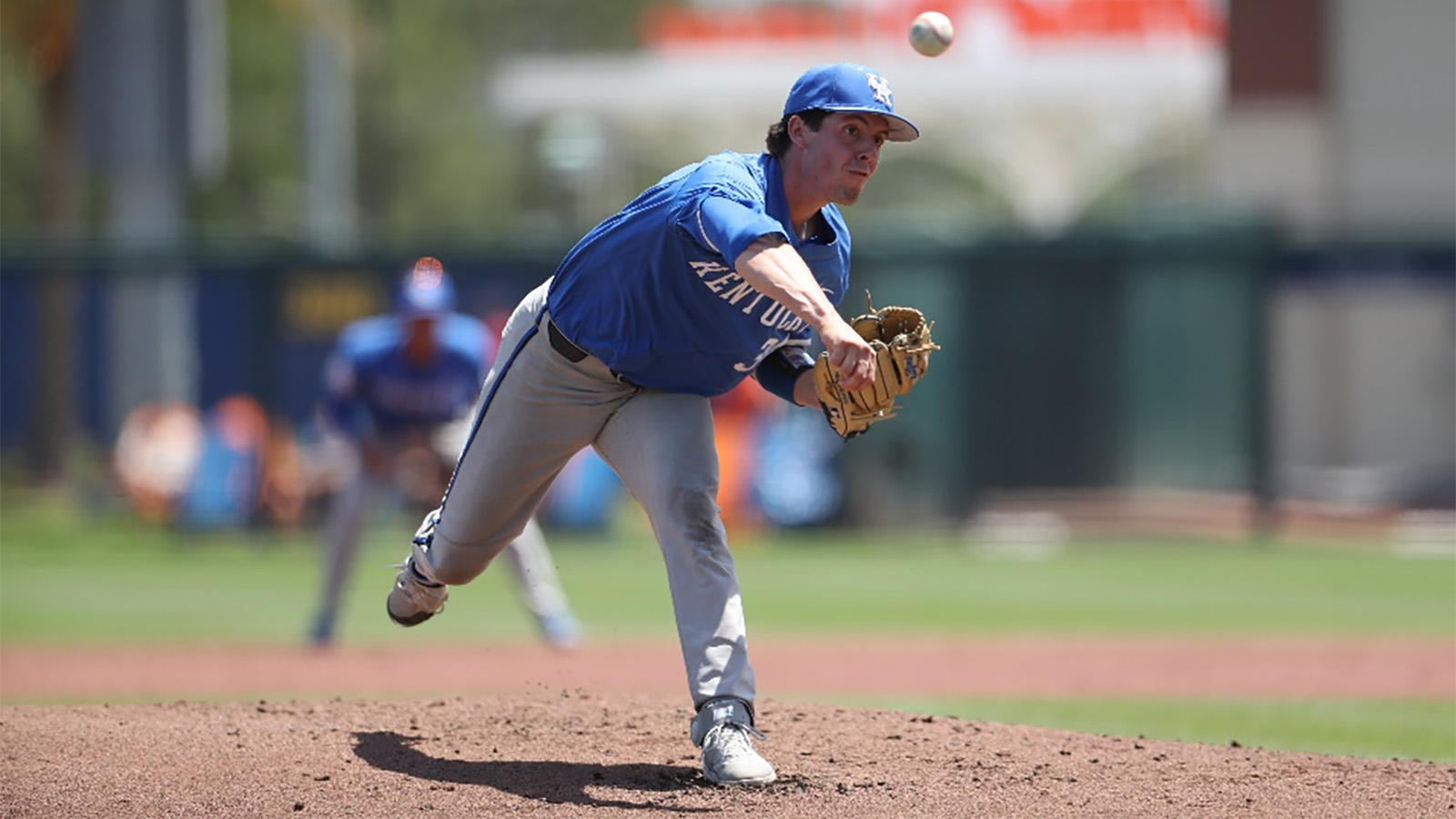 GAINESVILLE, Fla. – Sean Harney took the ball and twirled seven shutdown innings, giving Kentucky exactly what it needed in an 8-1 victory over Florida in the series finale at Condron Ballpark on Sunday afternoon.

Harney yielded just one run in a UK career-best 7.0 innings, lowering his earned run average to 2.82. Tyler Guilfoil struck out five in two innings of relief to slam the door and keep the Cats (24-20, 7-14 SEC) alive in the race for the Southeastern Conference Tournament.

Junior infielder Chase Estep smoked a line single to open the game and notch his 100th career hit, making him the 56th player in school history to accomplish the feat. Ryan Ritter singled to leave him with 99 career hits, on shy of joining Estep. Jake Plastiak belted his 12th homer of the season off the top of the batter’s eye and John Thrasher lined his first in blue out to left field before Adam Fogel delivered the knockout punch with a two-run shot in the ninth.


ON DECK
Kentucky welcomes top-ranked Tennessee to Kentucky Proud Park on Thursday night. First pitch is at 7 p.m. ET on the SEC Network. The radio call will be on the UK Sports Network.