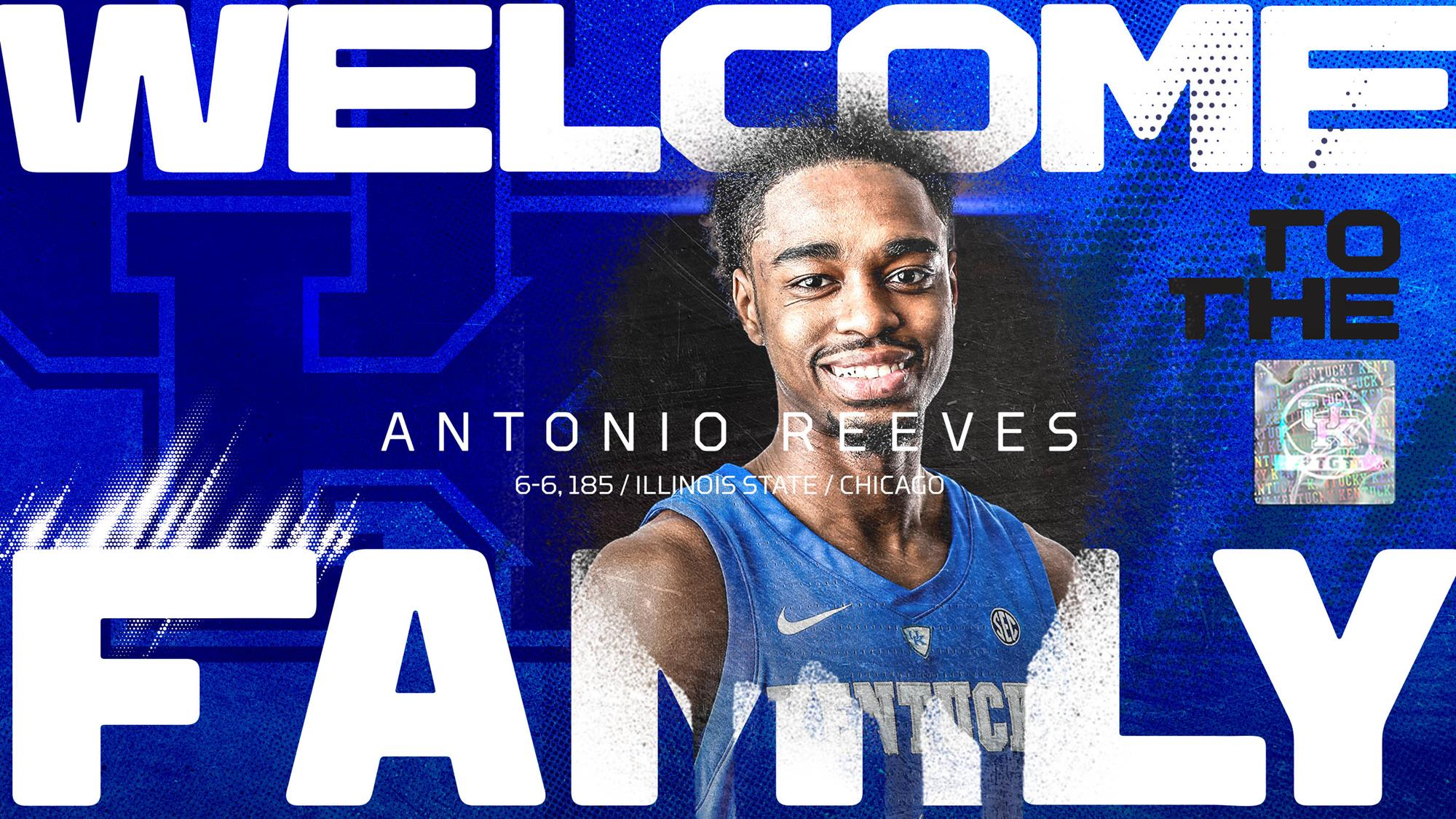 Reeves, a 6-foot-6 guard from Chicago, averaged 20.1 points, 3.6 rebounds and 1.8 assists per game during his junior season with the Redbirds.

“Big Blue Nation, I’m excited to get to Lexington and play on the biggest stage in college basketball,” Reeves said. “Coach Cal loves his players, he loves the game, has developed pros and won a national championship. That’s what attracted me to Kentucky. It’s time to put in work and go for another natty.”

Reeves has played in 89 career games and scored 1,195 career points. His 662 points in 33 games during his junior season was the fourth-most in Illinois State history. Reeves was the first Redbird to average at least 20 points per game in a season since 2001.

“I’m really excited about Antonio and what he can bring to our team,” UK head coach John Calipari said. “He’s a veteran scorer who not only has the ability to knock down shots but can create off the dribble. I like that he’s shown the desire to work and improve his game which has then translated to demonstrated performance as he’s continued to elevate his game each year. When talking with Antonio, I loved more than anything that his number one goal was to be at a place with a winning culture, so he has the chance to chase a championship.”

Reeves was named to the All-Missouri Valley Conference Second Team and claimed a team captain spot on the All-MVC Most Improved Team. He was also a member of the All-District 16 team from the National Association of Basketball Coaches.

He scored in double figures in 31 of Illinois State’s 33 games in 2021-22, including 18 games with 20 or more which was tied for the sixth-most in program history. He finished the season ranking 19th among all Division I scorers with 20.1 points per game. The sharpshooter had a career-high 34 points with five 3-pointers against Valparaiso.

Reeves was an efficient scorer for the Redbirds, making 47% of his shots from the field, 39% from 3-point range and 82% from the free-throw line.

He has shown steady growth to his game in each season of collegiate basketball. As a freshman, Reeves averaged 7.2 points per game in 31 games. He improved his mark to 12.4 points per game as a sophomore and moved his field-goal percentage from 38% to 43%.

He has made at least 33 3-pointers in each of his three collegiate seasons. He made 33 in 31 games as a freshman and sunk 33 as a sophomore in 25 games. Last season, he made 76 from long range and had 13 games with at least three from deep.