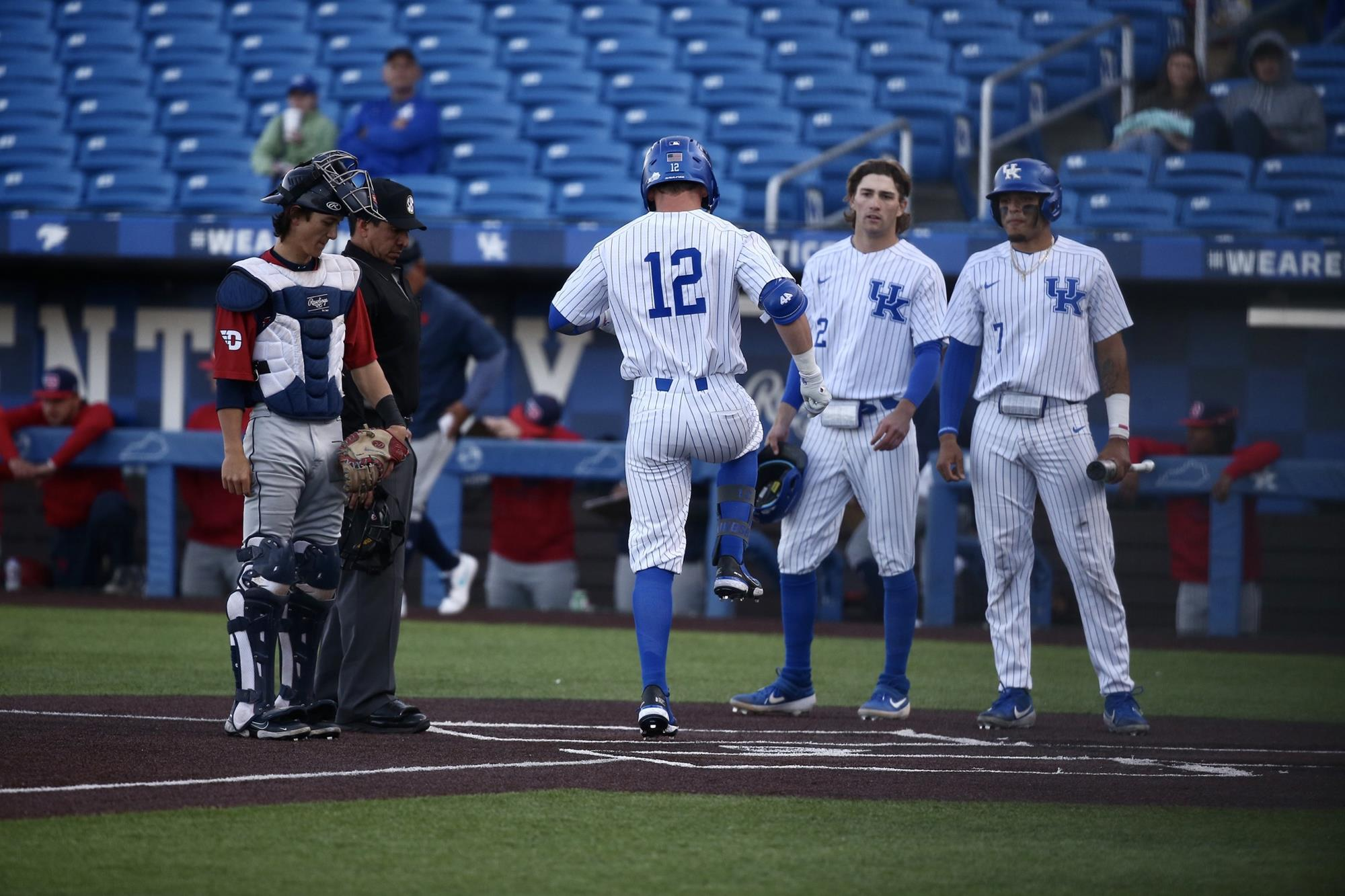 The Wildcats (23-18) scored early and often, putting up a five-spot with two outs in the opening inning before Estep delivered his blow an inning later and then capping it with a four-run fourth. Catcher Devin Burkes reached base all three times he came to the plate in just his second career start.

Meanwhile, starter Magdiel Cotto fanned five in three innings, Wyatt Hudepohl added six in two innings and Jackson Nove struck out the side in his one inning of work. Evan Byers closed things out with a scoreless inning.

UK will head to Florida this weekend in another Southeastern Conference series.

ON DECK
Kentucky will travel to Florida for a series that begins Friday night. First pitch is at 6:30 p.m. ET on the SECN+. The radio call will be on the UK Sports Network.