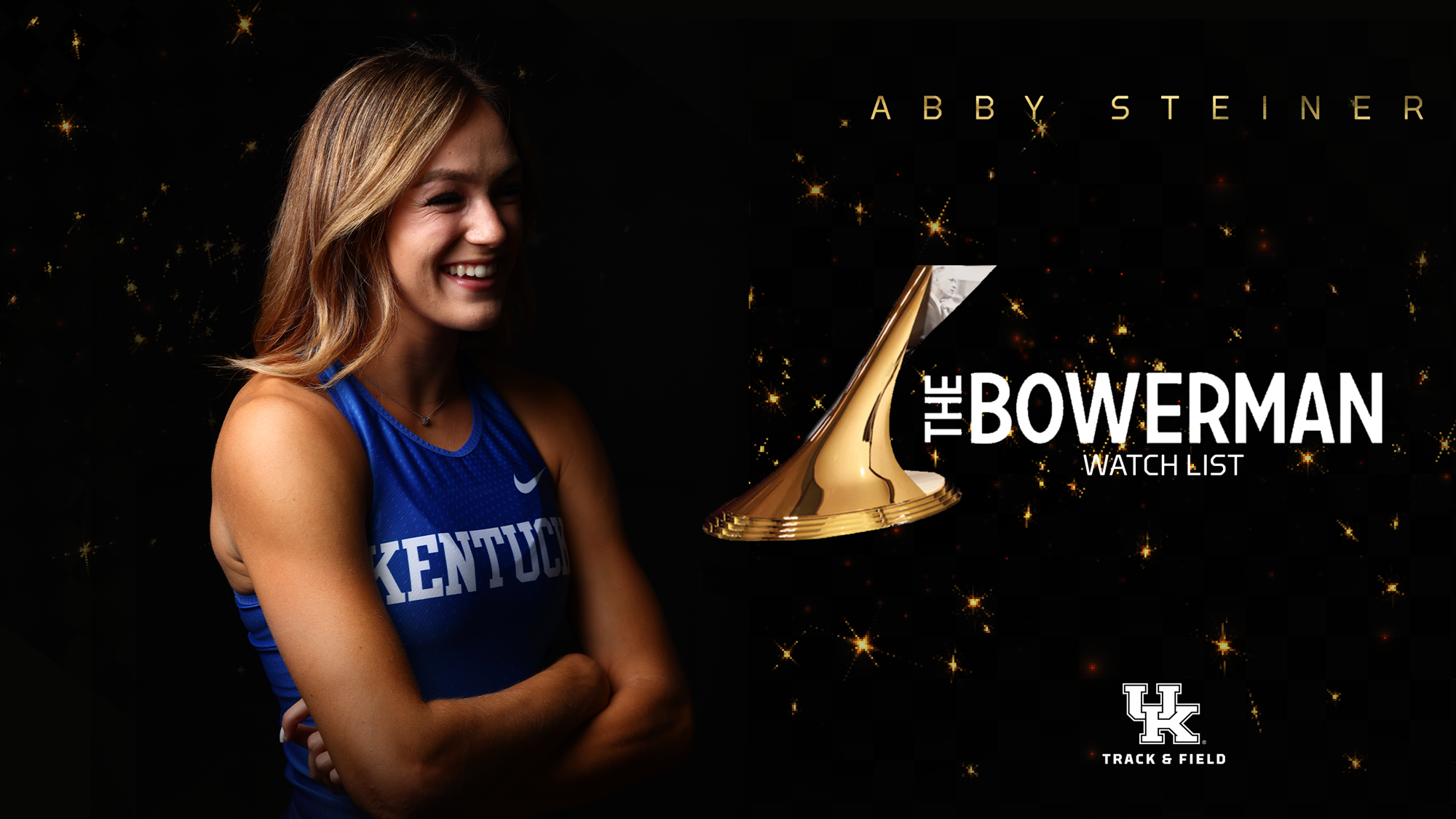 LEXINGTON, Ky. — Kentucky track & field senior sprinter Abby Steiner has been named to The Bowerman Award Watch List by the United States Track & Field and Cross Country Coaches Association for her top times in the 200- and 100-meter races on the world stage.

This is Steiner’s ninth appearance on The Bowerman watch list after appearing on the preseason watch list in January and in four watch list updates since then.

Since Steiner’s last watch list appearance on March 23, she ran the fifth fastest 100m in collegiate history at 10.82 seconds, which is a school record. It is also the current wind-legal collegiate lead for 2022 and second fastest in the world this season.

She also ran the fastest 200m in collegiate history with a headwind over 1.7 m/s when she ran 22.38 into a 5.6 m/s headwind at LSU, currently ranked sixth in the world and second collegiately this season.

Steiner cemented her name in American track & field history on February 26 when she ran the fastest American indoor 200m ever and second fastest in world history at 22.09 to earn the SEC gold. This was her third year in a row winning the 200m SEC gold medal and third time breaking the collegiate record.

In the 2021-22 indoor track & field season, Steiner has earned the following accomplishments: