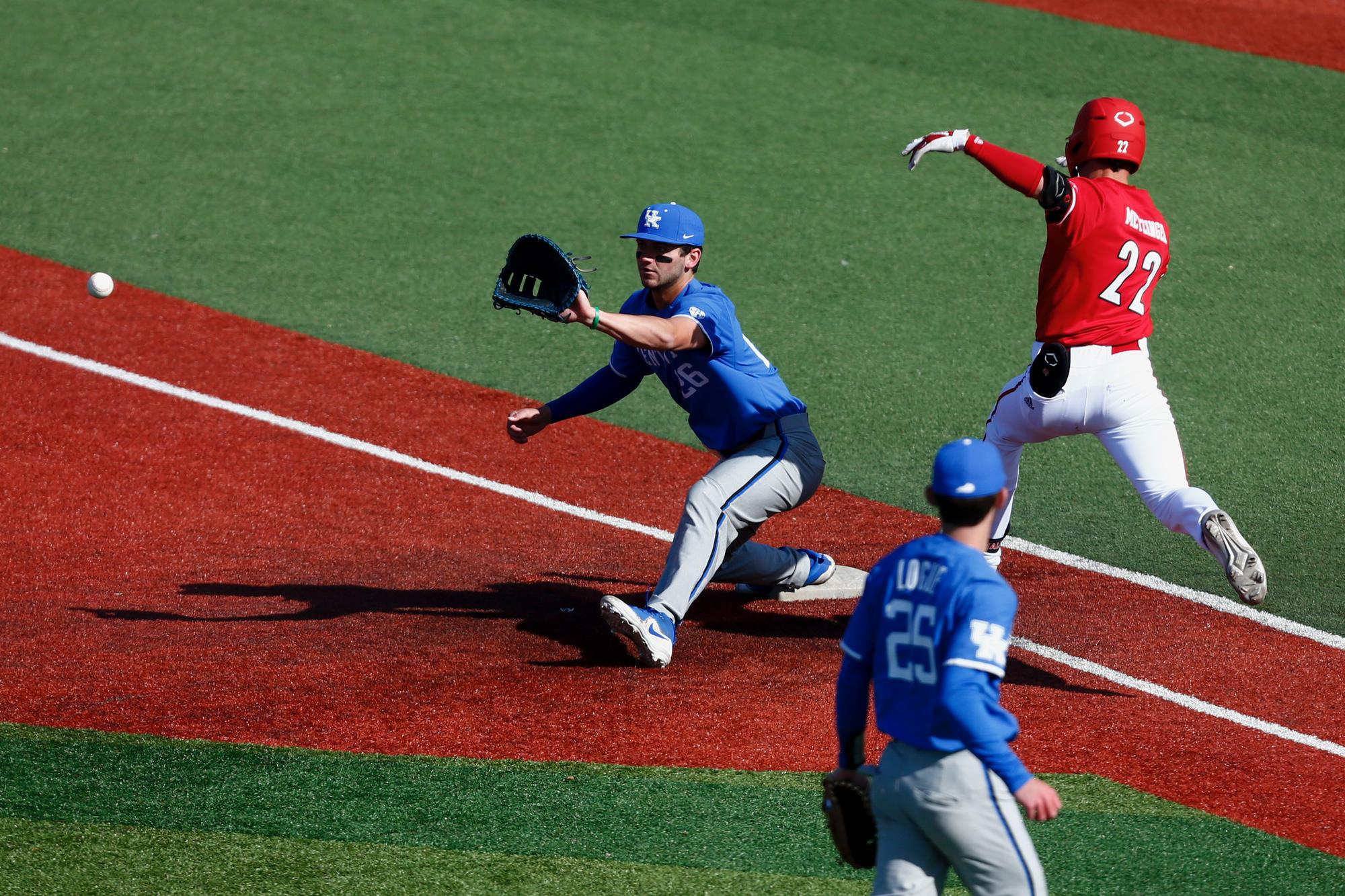 LOUISVILLE, Ky. – Louisville put on a sparkling defensive clinic, stalling Kentucky at nearly every threat in a 4-2 victory at Jim Patterson Stadium on Tuesday.

The Wildcats (21-16) paid dearly for their mistakes, allowing a first inning Cam Masterman home run on an elevated fastball and then yielding a two-out, two-run single in the third inning after loading the bases with a pair of walks and a hit by pitch. After closing the gap to 3-1, three walks in the seventh aided another Cardinals run.

The No. 13 Cardinals robbed Ryan Ritter, who had six RBI here last season, of a three-run home run in the second inning before perfectly executing a defensive shift to grab an out on a Chase Estep line drive, and later turned a double play on a chopper to third to erase a runner. Still, the Cats had the tying run on second base in the ninth after Daniel Harris IV has a RBI two-out double.

Kentucky will return to Southeastern Conference play this weekend against No. 19 Vanderbilt, the College World Series runners up in 2021.


ON DECK
Kentucky will host No. 19 Vanderbilt on Friday. First pitch is at 6:30 p.m. ET on the SECN+. The radio call will be on the UK Sports Network.