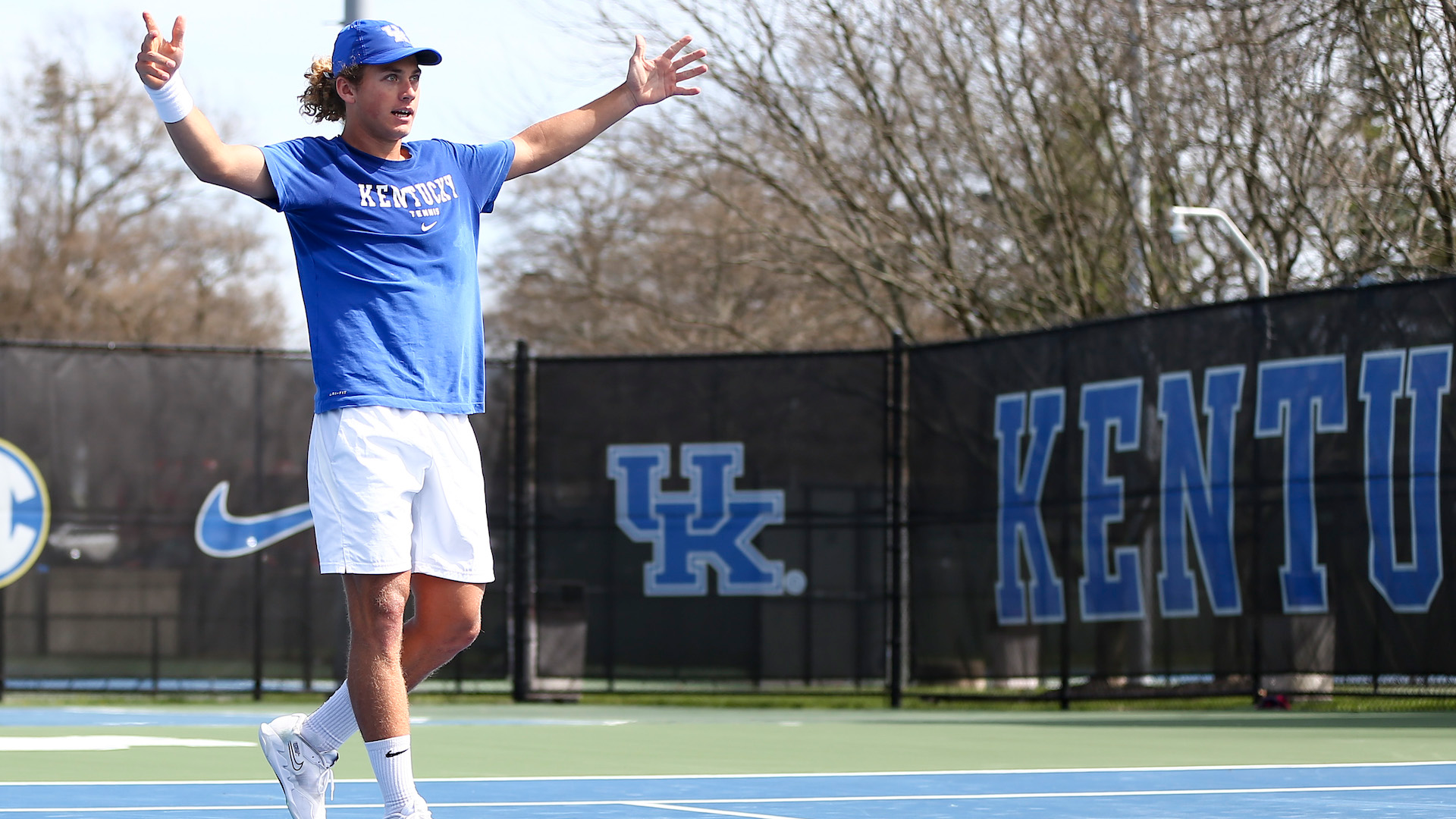 BATON ROGUE, La. –  The No. 10 Kentucky Wildcats began a two-match road trip by picking up a 4-2 win against the No. 41 LSU Tigers on Friday night at the LSU Tennis Complex.

Reigning Intercollegiate Tennis Association Player of the Year Liam Draxl picked up another impressive victory, earning a team-tying sixth ranked win in singles over No. 40 Ronal Hohmann and clinching the win for the Wildcats.

The match started with doubles with close results on all three courts. The first to finish was Draxl and JJ Mercer, who fell to Ben Koch and Nick Watson by a 6-3 result. Millen Hurrion and Francois Mustielli secured a win over Ronald Hohmann and Vlad Lobak, 6-4, with court two left to decide the opening point.

In a gritty match, No. 89 Gabriel Diallo and Joshua Lapadat managed to force a tiebreaker against Gabriel Diaz Freire and Kent Hunter. It went back and forth the whole way, but in the end the Tigers claimed the doubles point, with Diaz Freire and Hunter winning 7-6(10-8).

However, the Tigers were able to claim a win on court six to even the match at two each. Mercer was unable to overcome Boris Kozlov, falling in straight sets 6-4, 6-4.

Following a loss in the first set, Musitelli came into the second and third ready to pick up another win. The Dijon, France native did just that, posting an impressive 5-7, 6-4, 6-0 win against Diaz Freire to put it at a 3-2 match point in favor of UK.

With the match on the line, No. 21 Draxl did not allow the pressure to get to him and put his opponent, No. 40 Hohmann, away. The junior picked up his 12th win of the year, marking his second straight match-clinching win.

The Wildcats will next travel to Starkville, Mississippi, and the Rula Tennis Pavilion to take on the Mississippi State Bulldogs for its regular season finale on Sunday at 2 p.m. ET. Kentucky previously played against Mississippi State on Jan. 30, winning 4-2 to earn a spot at the ITA National Indoor Championship.