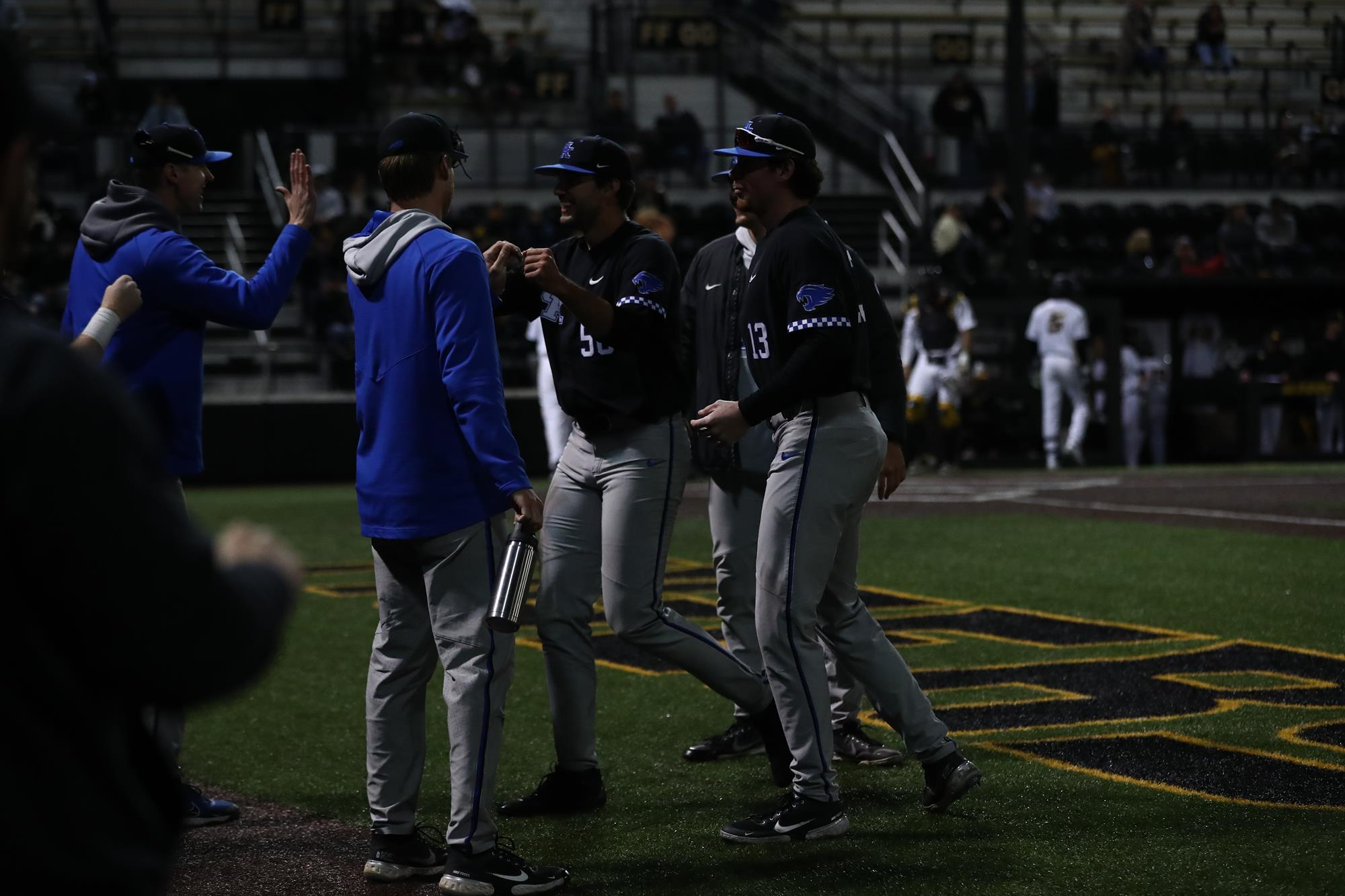 COLUMBIA, Mo. – Mason Hazelwood earned his first win in more than a year and Kentucky smacked its most hits in a game since 2012, defeating Missouri 15-6 at Taylor Stadium on Thursday night.

Daniel Harris IV had a UK career-best four hits, including a first inning home run and Chase Estep crushed a pair of tape measure homers while driving in five runs to lead the charge. Six different Wildcats (21-13, 5-8 SEC) had at least three hits in the game.

Hazelwood, who made his third start after undergoing elbow surgery a year ago last weekend, allowed a three-run, opposite field home run in the first but rebounded nicely to retire 14 of the next 15 batters in his five innings of work. Ironically, his last victory also came against Missouri on March 20, 2021.

Estep had his first multi-homer game and now has 11 this season.


ON DECK
Kentucky will go for the series win on Friday night. First pitch is at 7 p.m. ET on SECN+. The radio call will be on the UK Sports Network.