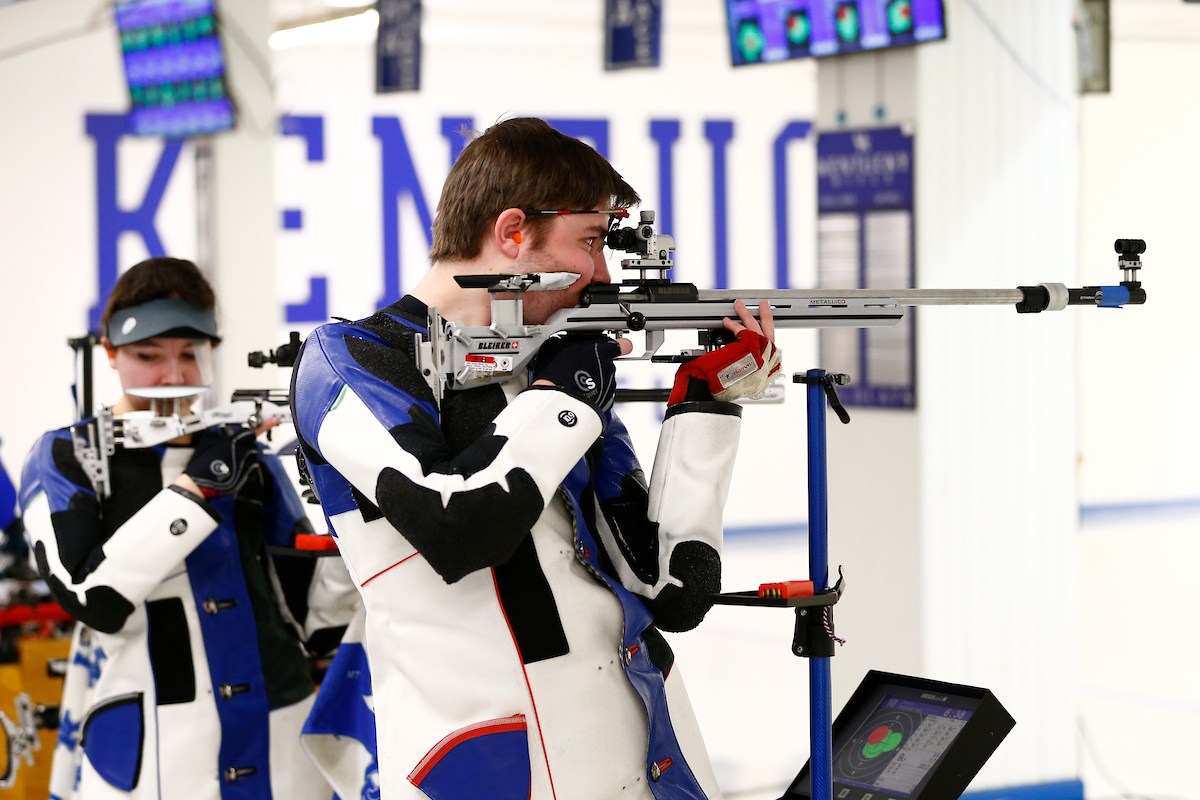 LEXINGTON, Ky. – University of Kentucky rifle senior Will Shaner has had an impressive start to his time at the ISSF World Cup this week, brining in three top-five finishes, including a gold and bronze medal.

Shaner along with fellow USA teammates Lucas Kozenesky and Rylan William Kissell took home gold in the men’s air rifle team event, defeating a team from the Czech Republic, 16-12. Shaner then teamed up with Alison Marie Weisz to earn bronze in air rifle mixed team, defeating a Czech Republic team 17-9 in the medal match. Individually, Shaner was the top American and took home a fifth-place finish overall in 10m air rifle, securing a 207.5 in the final stage competition. The ISSF Rifle/Pistol World Cup is taking place this week in Rio de Janeiro, Brazil.

Shaner had a great showing recently in the NCAA Championships, winning the national individual championship in smallbore. Shaner posted a 592 in smallbore and 595 in air rifle at the NCAA Championships, helping Kentucky to the national team title for the second straight season. On the season, Shaner sat second on the team with a 1186.454 aggregate average, earning a 589.818 in smallbore and 596.636 in air rifle. The native of Colorado Springs, Colorado, set a career high smallbore score during the season when he posted a 596 at Army, while he tied his career best air rifle score of 599 twice. Last season, Shaner was the NCAA Air Rifle Individual National Runner-Up. Each of the last four seasons, Shaner has been named a Collegiate Rifle Coaches Association First-Team All-America in aggregate, smallbore and air rifle.