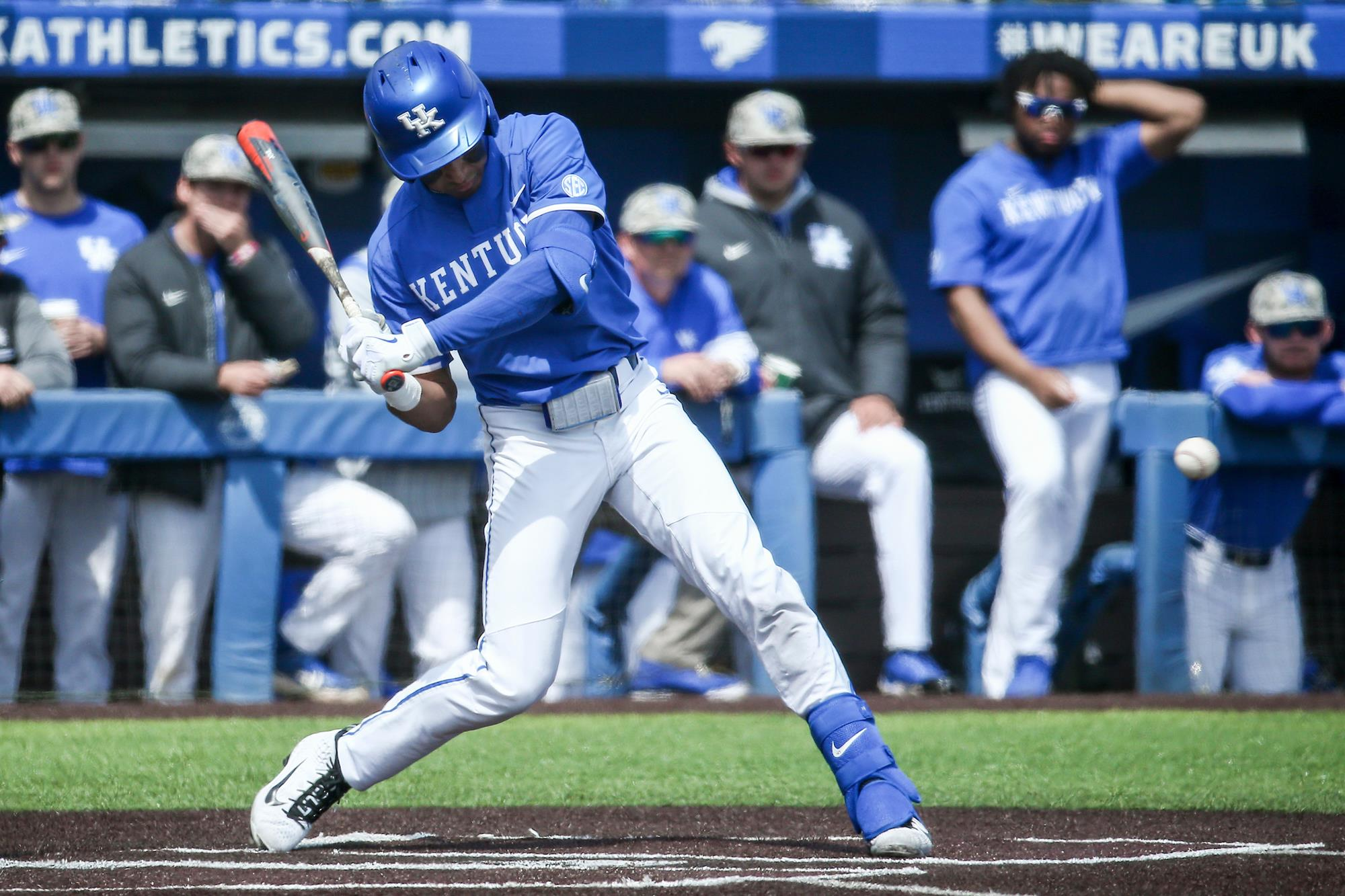 Ryan Ritter hit a three-run home run and John Thrasher smacked a two-run single as Kentucky got some of its mojo back, thrashing Bellarmine 11-1 in seven innings on Tuesday at Kentucky Proud Park. It was UK’s 20th victory of the season, which has done every full season since 1974 except for 2003.

The Cats rapped four doubles and a homer amongst its eight hits as it used a six-run fifth inning to take control against the Knights. They now will travel to Missouri for a series that opens Thursday night on ESPNU.


ON DECK
Kentucky travels to Missouri for a pivotal SEC series that opens Thursday night. First pitch is at 8 p.m. ET on ESPNU. The radio call will be on the UK Sports Network.