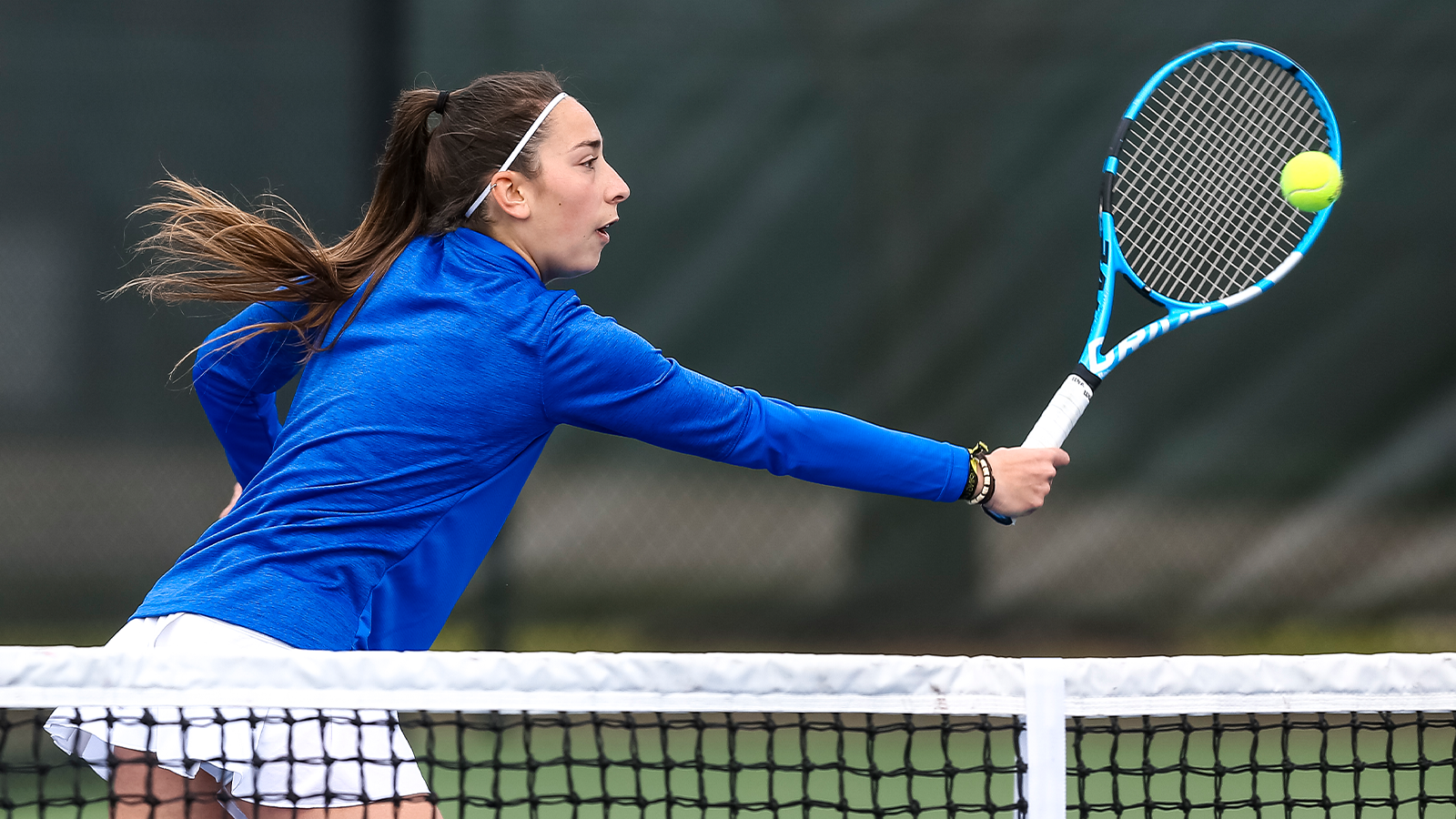 LEXINGTON, Ky. – The duo of Fiona Arrese and Ellie Eades earned a ranked doubles win to clinch the opening point, but it was not enough as the No. 63 Kentucky women’s tennis team suffered a 4-2 loss to No. 34 South Carolina on Sunday afternoon at the Hilary J. Boone Tennis Center. The Wildcats are now 12-10 on the season and 0-9 in Southeastern Conference action.

Kentucky began the match by claiming the doubles point in impressive fashion for the second time this weekend. Carlota Molina and Florencia Urrutia first defeated Gracie Mulville and Misa Malkin, 6-4, on the third court before the tandem of Arrese and Eades picked up a ranked win to give the Wildcats the clinch in the first position.

Although the 38th-ranked pair of Sarah Hamner and Megan Davies began to chip away at their deficit after a strong start from Arrese and Eades, the Wildcats evened things up at six games apiece to force a tiebreaker. The UK duo, playing together for just the second time this year, prevailed for a final 7-6(8-6) decision to give the home team a one-point advantage heading into singles.

The Gamecocks then took the lead after back-to-back wins on courts five and three, respectively. Malkin knocked off Eades in a 6-2, 6-0 decision before Davies bested Carla Girbau with a score of 6-2, 6-1. Maialen Morante soon leveled the score at two apiece after posting a 6-3, 6-4 victory over Mulville on the sixth court.

The Wildcats’ comeback attempt fell short when Hamner, the No. 2 singles player in the country, topped Urrutia 7-5, 6-4 before No. 86 Elise Mills took down Lidia Gonzalez 6-1, 7-6(8-6) on court four to seal the match for the Gamecocks. South Carolina now improves to 11-8 on the year and 6-4 in conference play.

The Wildcats hit the road next weekend for a pair of matches, first traveling to Athens to take on Georgia on Friday, April 8 at 4 p.m. ET before going to Knoxville for a noon match with Tennessee on Sunday, April 10.