Team 48 Battles to the End Falling Short in Regional Final

AUBURN, Ala. – The Kentucky Gymnastics team’s postseason run came to an end on Saturday night at the NCAA Auburn Regional.

The No. 10 Wildcats fought hard through each rotation in the final-round quad-meet against No. 2 Florida, No. 7 Auburn, and No. 15 Denver.

Although Team 48 did not finish their season the way they wished, they battled and gave every ounce of effort they had throughout the 2022 season. UK saw numerous individual and program record breaks, including a new program record set in the second round of the Auburn regional on Thursday scoring 197.750 overall.

Once again competing in Olympic order, the Wildcats began their Sweet Sixteen run on vault. Scoring 49.375 to begin the meet, senior Josie Angeny (9.850) and sophomore Isabella Magnelli (9.900) both had season and career-tying performances.

In the second rotation, uneven parallel bars, Kentucky tallied 49.250. Shealyn Luksik came to play with her 9.900 performance on the event.

The balance beam was well balanced with zero falls by any UK gymnasts. The Cats did not stumble off the beam once throughout either regional session. Magnelli once again scored a 9.900 which was another career and season tie for the student-athlete.

To round out the meet, the floor exercise was the strongest event for the Wildcats who scored an overall 49.575. Freshman Jillian Procasky started the event off strong tying her season and career tally with a 9.850. Hailey Davis kept the trend going hitting her own high mark again with her 9.950 performance.

Raena Worley found herself placing third in the all-around behind Florida’s Trinity Thomas and Leanne Wong. Her solid performance on both beam and floor hit the top of her personal bests tying her season and career records. Her 9.950 on balance beam and 9.975 on floor pushed the junior up into the top-three of the all-around leaderboard.

The Wildcats’ season as a team came to an end with Florida and Auburn advancing out of the Auburn regional to the NCAA Championships. However, individual Kentucky gymnasts will have the opportunity to travel and compete in Fort Worth later this month.

For more information on the NCAA Championships, click here. 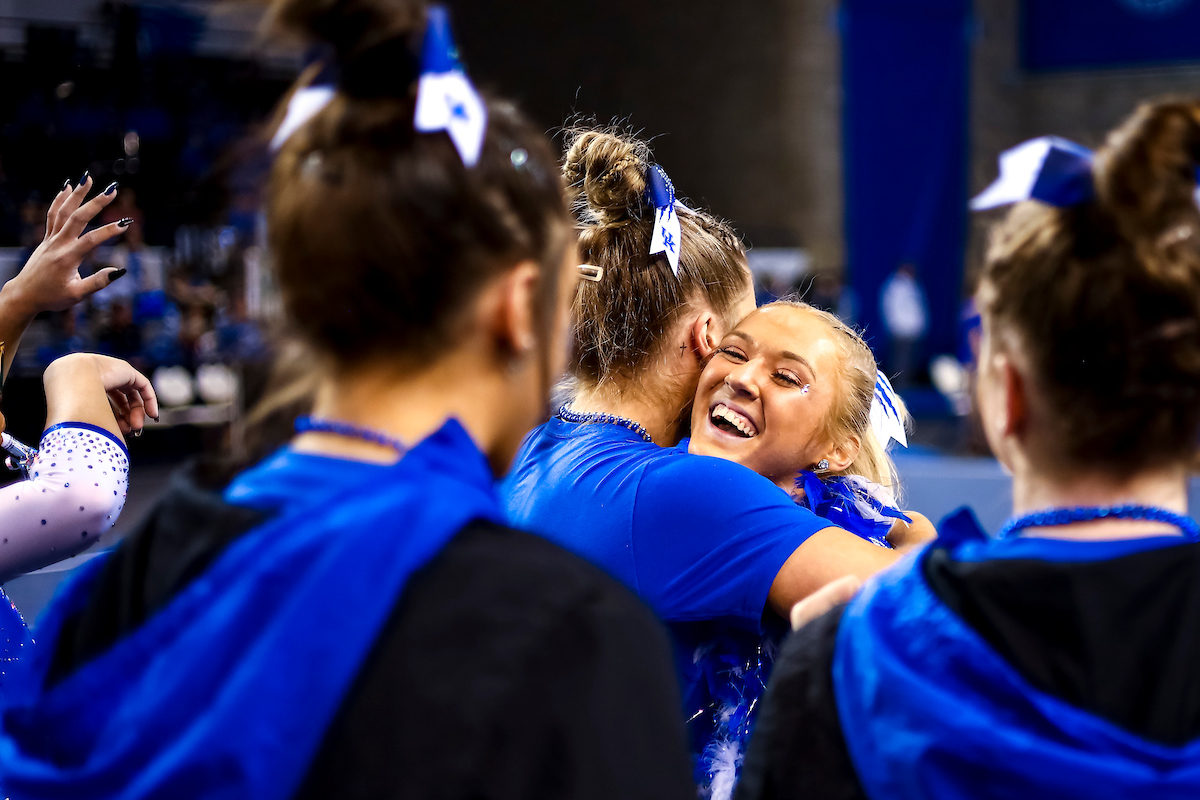