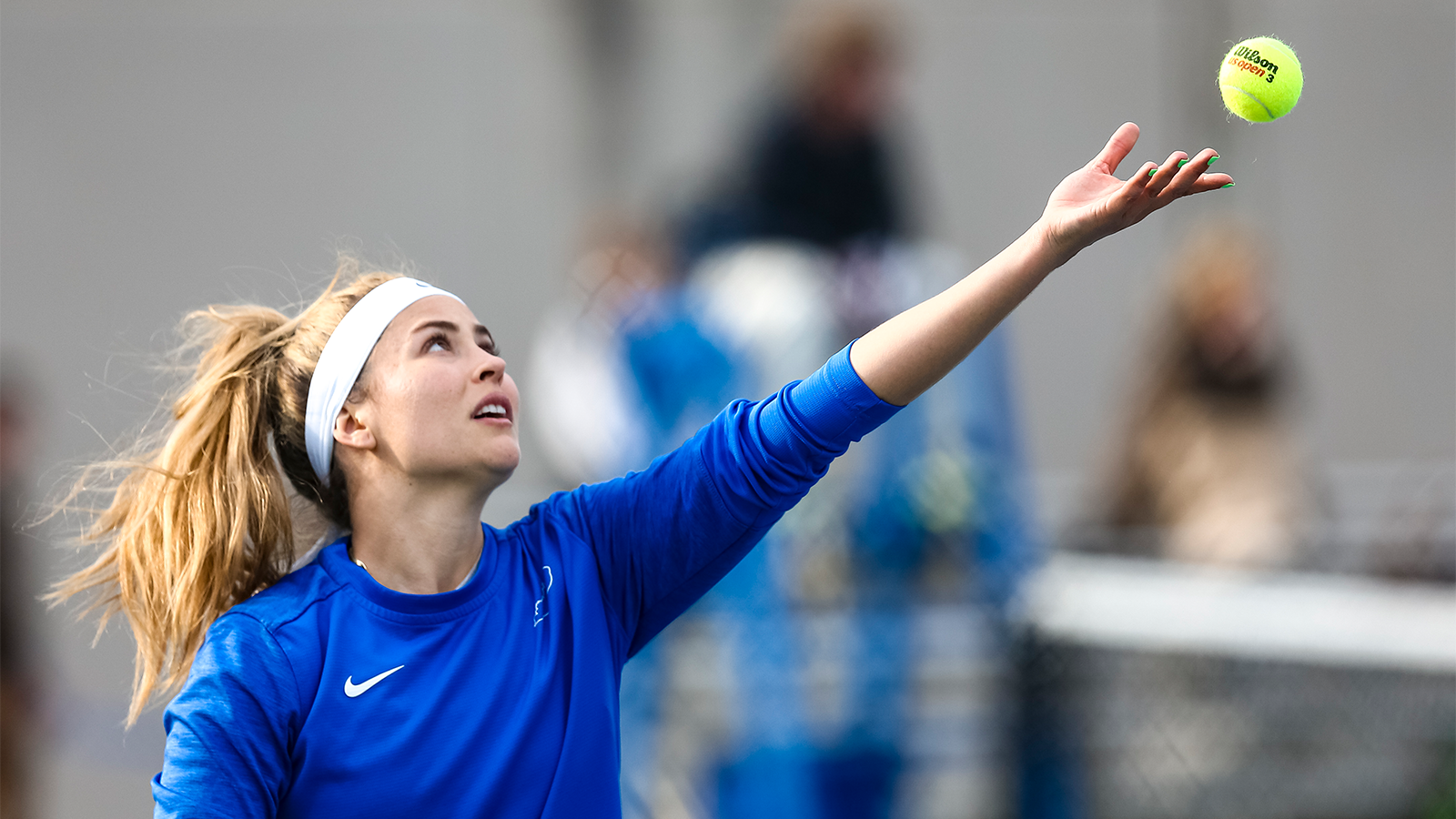 COLLEGE STATION, Texas – Despite earning the doubles point for the 13th time this season, the No. 52 Kentucky women’s tennis team suffered a 6-1 setback at No. 12 Texas A&M on Sunday afternoon in College Station. The Wildcats now drop to 12-7 on the year and 0-6 in Southeastern Conference play.

The match began with back-and-forth action between the third-ranked duo of Jayci Goldsmith and Tatiana Makarova and the tandem of Fiona Arrese and Lidia Gonzalez on court one, but the Aggies pulled away at the end in a 6-3 outcome. However, it wasn’t long until Kentucky clinched the doubles point for the second time this year against an SEC foe.

Soon after, the Wildcats tied things up when Ellie Eades and Carla Girbau knocked off No. 27 Carson Branstine and Mary Stoiana in impressive 6-3 fashion on the second court for their first ranked win. Carlota Molina and Florencia Urrutia then teamed up to give UK the clinch after defeating Jeanette Mireles and Gianna Pielet, 6-4, in the third spot.

Despite valiant efforts across the board, the Wildcats were unable to carry their momentum from doubles into singles. The Aggies remain undefeated in conference play with a 6-0 mark while improving to 20-1 on the season.

Kentucky returns to Lexington for a three-match home stretch at the Hilary J. Boone Tennis Center beginning Friday, March 25 against Vanderbilt. The team then hosts Florida on Friday, April 1 and South Carolina on Sunday, April 3 with all three matches beginning at 12 p.m. ET.