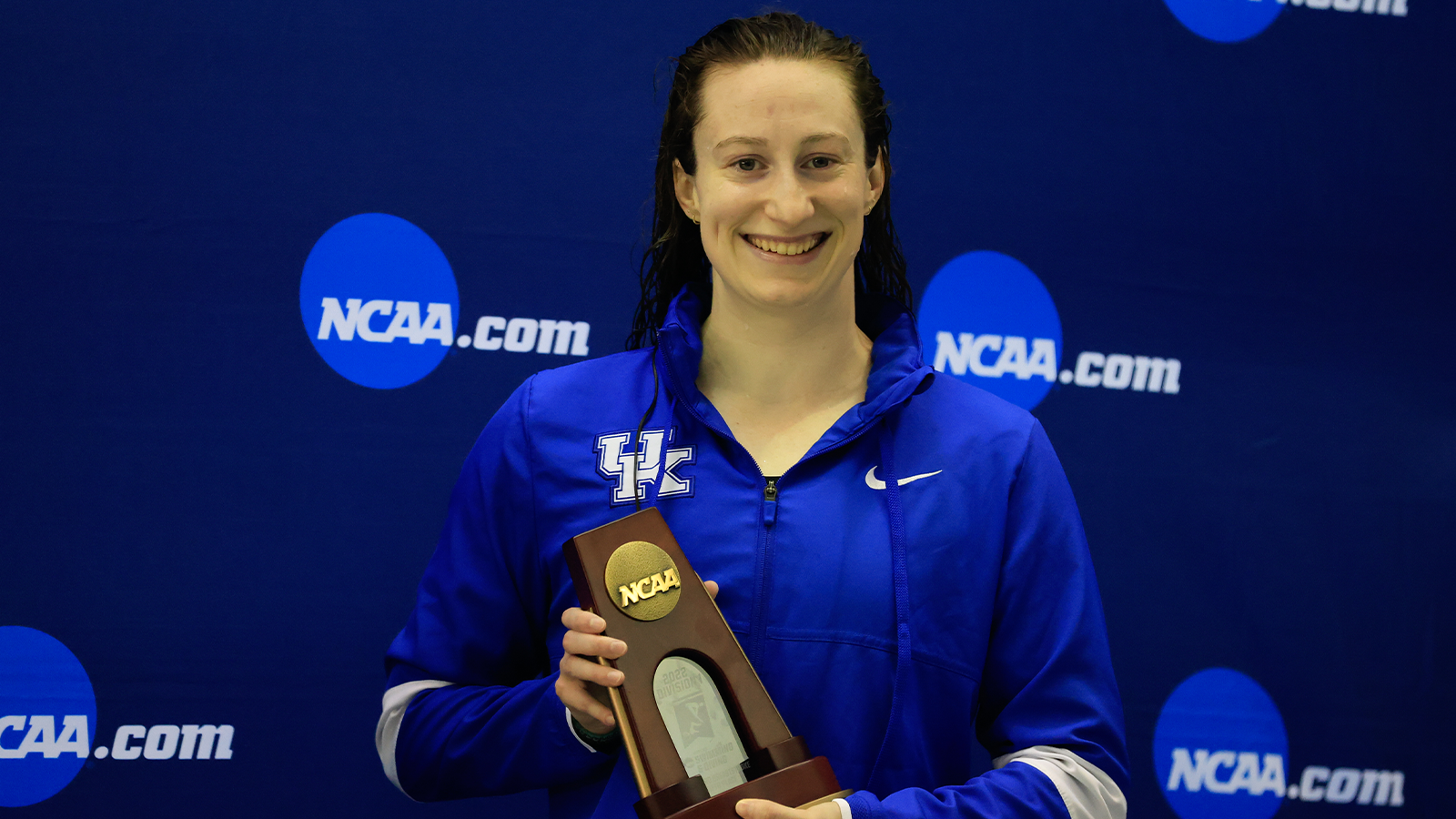 ATLANTA, Ga. – The Kentucky women’s swimming and diving team concluded the 2022 NCAA Championships at the McAuley Aquatic Center in Atlanta, Georgia, finishing the meet in 12th place with 115.5 points. The Wildcats’ performance matched their second-best team finish and marked the second-most points scored in school history.

“I thought we fought hard all week long. Although we were just outside of a top-10 team finish, it certainly wasn’t from lack of effort,” said head coach Lars Jorgensen. “A big shoutout goes to this senior class for the amazing careers they have had, and they will certainly be missed.”

Gillian Davey highlighted the final night with a fifth place showing in the 200 breast, the highest NCAA finish of her career and her first All-America First Team selection. The junior’s final time of 2:06.03 was just off her own program record of 2:05.59 but faster than the 2:06.21 it took her to win the Southeastern Conference title exactly one month ago.

For the third time this week, Lauren Poole and Bailey Bonnett found themselves in the same heat, earning honorable mention honors in the consolation final of the 200 breast. Poole threw down a lifetime best of 2:06.52 to move up to No. 2 all-time in school history and finish 10th, while Bonnett picked up her eighth individual All-America selection to place 13th in 2:08.15.

Sophie Sorenson was also named All-America Honorable Mention in the 200 back, finishing in 13th with a time of 1:52.50 for the fifth such individual honor of the senior’s career. Joining Sorenson with a top-16 finish in the event was Caitlin Brooks, who touched in 1:52.90 for 15th to reach All-America status in this race for the third year in a row.

Riley Gaines ended her time as a Wildcat on a high note, reaching All-America status for the 12th time ever with a 13th-place finish in the 200 fly. The senior, who currently owns the SEC record in the event, stopped the clock in 1:53.67.

In her third finals appearance of the week, Kyndal Knight dove to 13th on platform with a score of 265.85. Also placing 13th on the 3-meter and 16th on the 1-meter earlier this week, this marked the first time the senior has been a three-time All-America selection in the same NCAA meet.

Knight, who advanced past the preliminary round on platform for the first time in her career, was also one of only six divers at the NCAA Championships to final on all three disciplines.

Swimming in the early heats of the mile, Megan Drumm dropped a lifetime best of 16:10.90 to finish 23rd in the first NCAA meet of her career. The sophomore’s 1000 split of 9:46.24 was also a personal best and became the fourth-fastest performance in program history.

This week in Atlanta was the final meet of the 2021-22 season for the Kentucky women’s team. The Wildcat men now come to the McAuley Aquatic Center for the 2022 Men’s NCAA Swimming and Diving Championships from March 23-26.