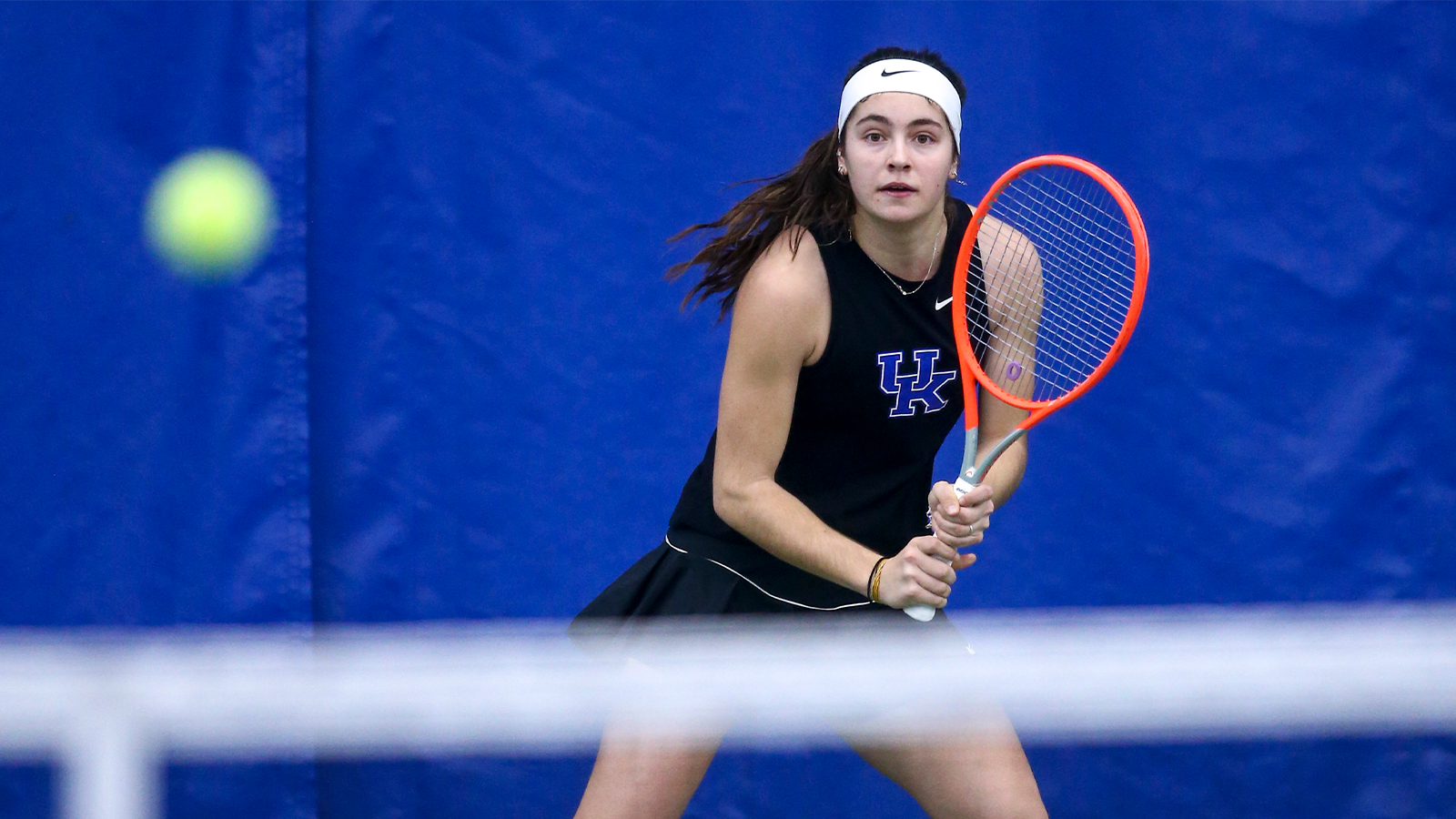 BATON ROUGE, La. – The No. 52 Kentucky women’s tennis team dropped a 4-1 decision to LSU on Friday at the LSU Tennis Complex in Baton Rouge, Louisiana. Following the loss, the Wildcats fall to 12-6 on the year and 0-5 in Southeastern Conference action while the Tigers improve to 3-7 on the season and 2-3 in league play.

LSU began the match by claiming the doubles point, with Taylor Bridges and Safiya Carrington first defeating Ellie Eades and Carla Girbau, 6-1, on court two. Fiona Arrese and Lidia Gonzalez put together a strong comeback effort, but the pair could not overcome Ena Babic and Maggie Cubit who held on to clinch with a 6-4 win on the first court.

The Tigers soon extended their lead after Rania Azziz knocked off Eades with back-to-back 6-1 sets on the sixth court. Arrese then put UK on the board, besting Bridges in impressive fashion with a 6-4, 6-0 decision in the third spot to move to 10-6 on the year in singles.

However, two consecutive LSU wins on courts one and two, respectively, secured the match for the home team. Carrington topped No. 108 Carlota Molina, 6-4, 6-2, before Nina Geissler posted a 6-1, 7-6(2) victory over Girbau to seal the clinch.