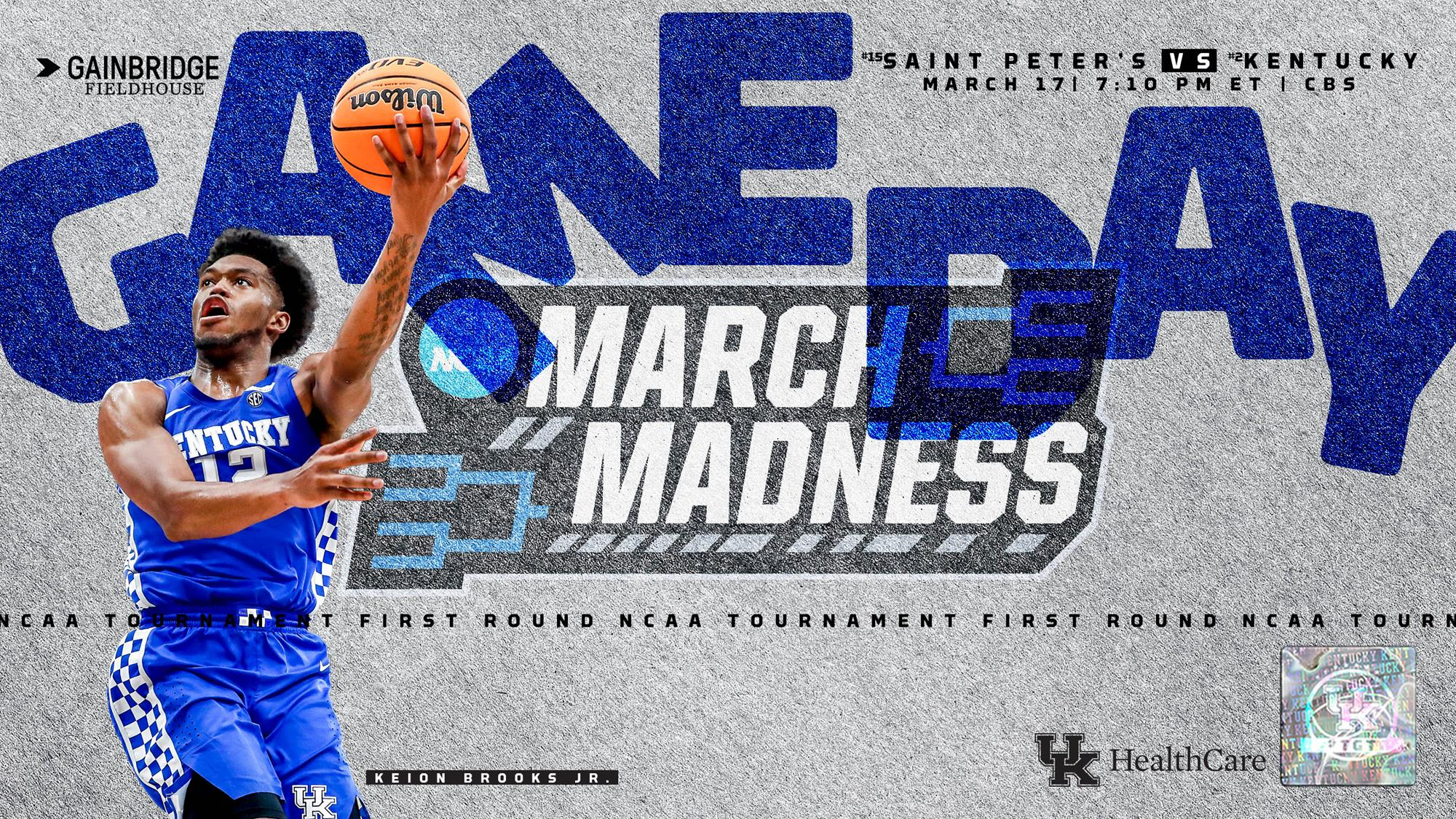 Kentucky Not Overlooking Saint Peter's in NCAA First Round

No team in the history of college basketball has made more appearances or won more games in the NCAA Division I Tournament than Kentucky. The 2021-22 version of the Cats will try to add to those numbers beginning on Thursday night when second-seeded Kentucky faces No. 15 seed Saint Peter’s in Indianapolis.

None of that will mean anything on Thursday night when the Cats and the Peacocks begin the 2022 NCAA Tournament. In fact, despite having a lot more experience than normal on the roster, Kentucky does not have much tournament experience.


In total, players on this year’s Kentucky roster have played in exactly three NCAA Tournament games. Davion Mintz played in Creighton’s first-round loss to Rhode Island in 2017 and in the Bluejays’ loss to Kansas State in 2018. Mintz scored a total of 12 points in those two games.

Kellan Grady is the only other player on the UK roster to play in an NCAA Tournament game. Ironically, Grady was on the losing end when his Davidson team lost to Kentucky in 2018. Grady, then a freshman, did score 18 points in the game. It was a game that Grady and his team expected to win.

“My whole team was on an emotional high because we had just won the Atlantic 10 Tournament,” Grady said. “We felt really good and we truly thought we were going to beat Kentucky.”

Ultimately, Kentucky prevailed in that game 78-73. Now, he’s glad to be on the other side of a similar type of game.

“It’s a different predicament for me, compared to my experience at Davidson,” Grady said. “But the overall focus of trying to focus and play the best game you can remains consistent.”

After falling to Tennessee in the SEC Tournament semifinals on Saturday, the Cats had individual meetings with UK head coach John Calipari to define each player’s role. Grady found the meetings to be helpful.

“I think all of us can say that the meetings were very productive,” Grady said. “My role has been consistent all year – to make shots and to help defend and be reliable on defense. I think all of us have a good concentration on what to do for our team and how to be most productive in helping us win.”

Calipari used a two-pronged approach to help his team get past the loss to the Vols. In addition to the individual meetings that helped each player understand their role, Calipari made one other adjustment. Or, as he sometimes calls it this time of year, a tweak.

“The injury to our two guards (TyTy Washington Jr. and Sahvir Wheeler) – because we survived it, we thought now, they’re coming back and we’re OK,” Calipari said. “We’re not where we were when we had them all and we were going hard. You think about how we were playing and who we were beating and what we were doing.

“So, getting beat in the SEC Tournament was like a godsend because we scrimmaged an hour and 15 minutes. We scrimmaged 45 minutes yesterday,” Calipari said. “We needed to get back to free and loose and open and playing off of one another and the roles of what we needed to do and the only way you can do that is scrimmage. And, it was competitive and they went at each other.”

Saint Peter’s comes into Thursday’s game with a 19-11 record overall. The Peacocks won the Metro Atlantic Athletic Conference Tournament by beating Monmouth in the title game.

SPU is led by guard Daryl Banks III, who averages 11.0 points per game. Forward KC Endefo is the only other Saint Peter’s player averaging in double figures, scoring 10.6 points per outing.

The Peacocks hang their hat on defense. Saint Peter’s allows its opponents to shoot just 38.4 percent from the floor, which is fifth in the nation. SPU allows just 61.8 points per game, which is 18th in the country.

Grady knows that the Cats cannot overlook anyone in the field of 68.

“We understand everybody in this tournament is here because they got an at-large bid or they’re champions in their own right,” Grady said. “Saint Peter’s is a very good team. We can’t take the seeding for granted or think that it’s going to be an easy task at all.”

Kentucky is hoping to make a deep run in March and that all starts with a first round game against Saint Peter’s on Thursday.

UK leads the nation in all-time NCAA Tournament victories with 129, but the Wildcats also lead the country in wins in the tournament since 2010, when John Calipari first led the Wildcats into the Big Dance, entering the 2022 tournament:

Old in the Record Books but Young in Tournament Experience

Led by “super senior” guards Kellan Grady and Davion Mintz, the 2021-22 Kentucky men’s basketball team is historically one of the oldest in program history. Kentucky’s roster boasts two graduate students, four juniors and two sophomores who have played in at least 18 games this season. That group has combined to play in 709 career collegiate contests entering the 2022 NCAA Tournament.

Not one player has won an NCAA Tournament game.

Grady appeared in one game in 2018 with Davidson — a first-round loss to Kentucky. He scored 16 points. Mintz has seen action in two career NCAA Tournament games while with Creighton. The Bluejays fell to Rhode Island in the opening game in 2017 and the opening game to Kansas State in 2018. In the two games he combined to score 12 points.

Although the team may not have the experience of winning on the biggest stage, its coach certainly does and he already has his veteran-laden team talking and thinking in the same vein that he does:

“These teams are in the field for a reason. We’re playing quality opponents, regardless of their seed or whatever conference they’re in,” Grady said the night of the selection. “You see it every year – upsets happen every year. That’s what makes March Madness so special. For us, we just have to focus on the task at hand and respect our opponent. And that comes with us not looking ahead, not worrying about a trip to the Final Four or the Sweet 16. We’ve got to worry about the round of 64 to start and give Saint Peter’s the respect they deserve.” 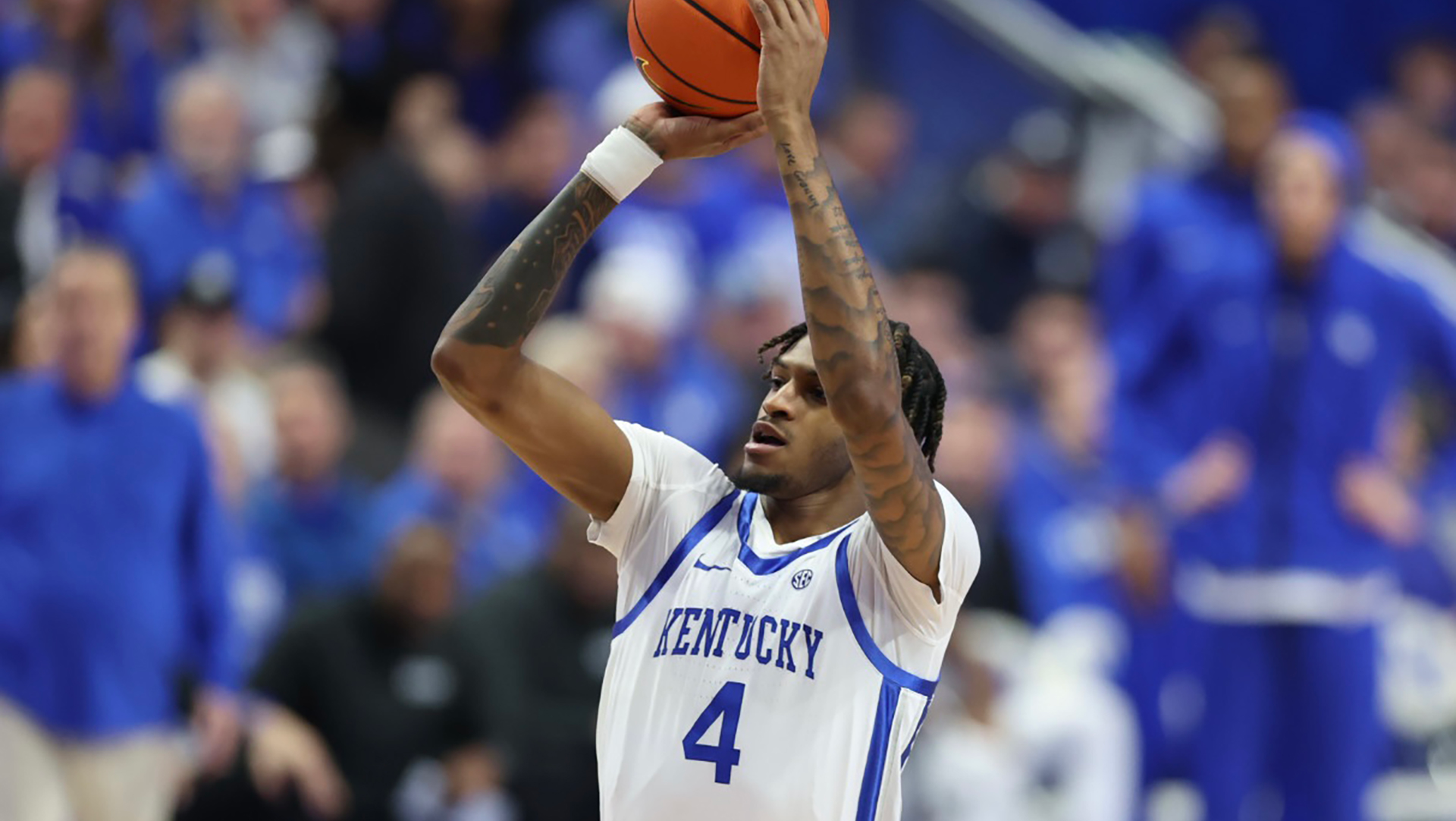 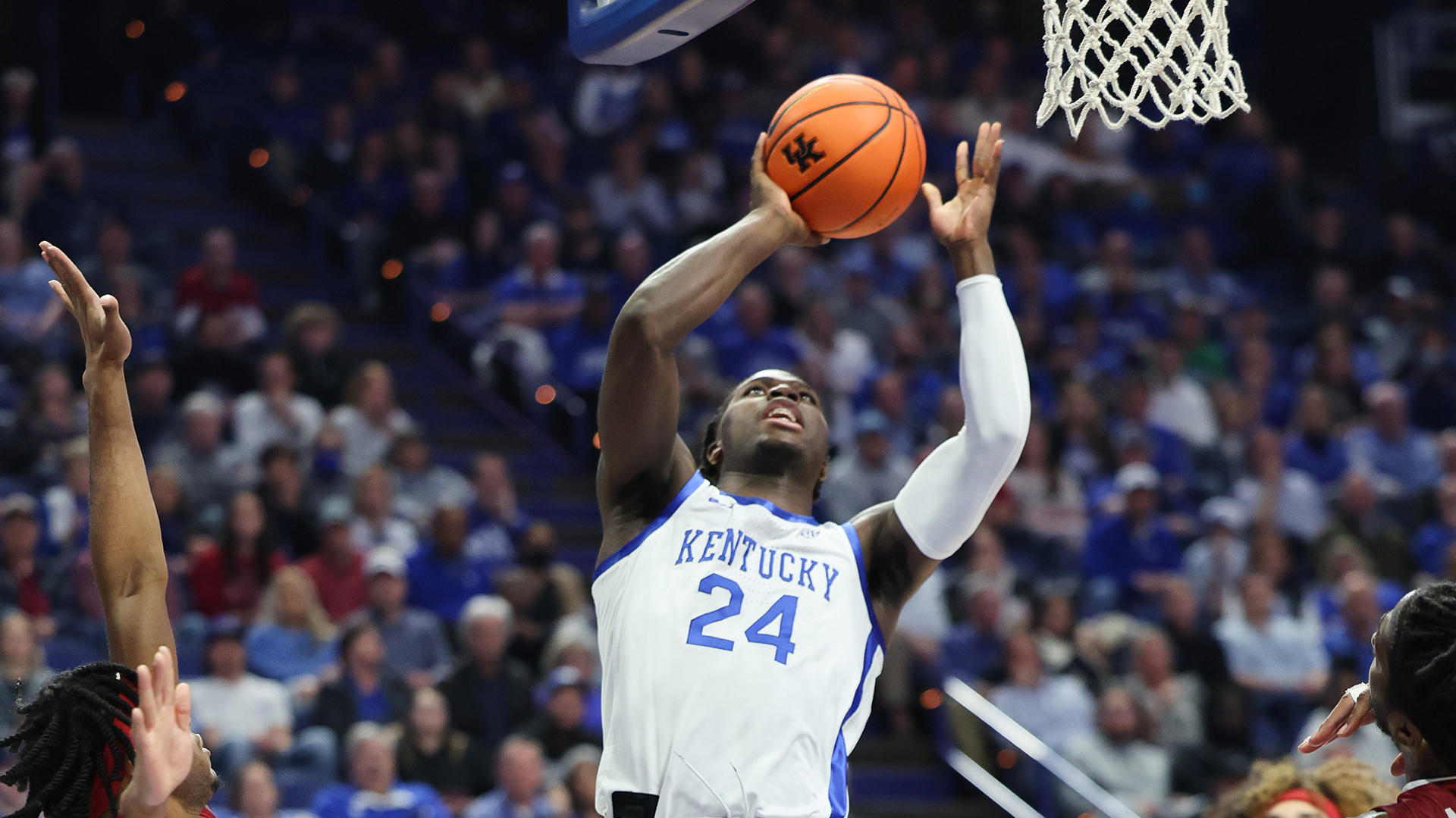 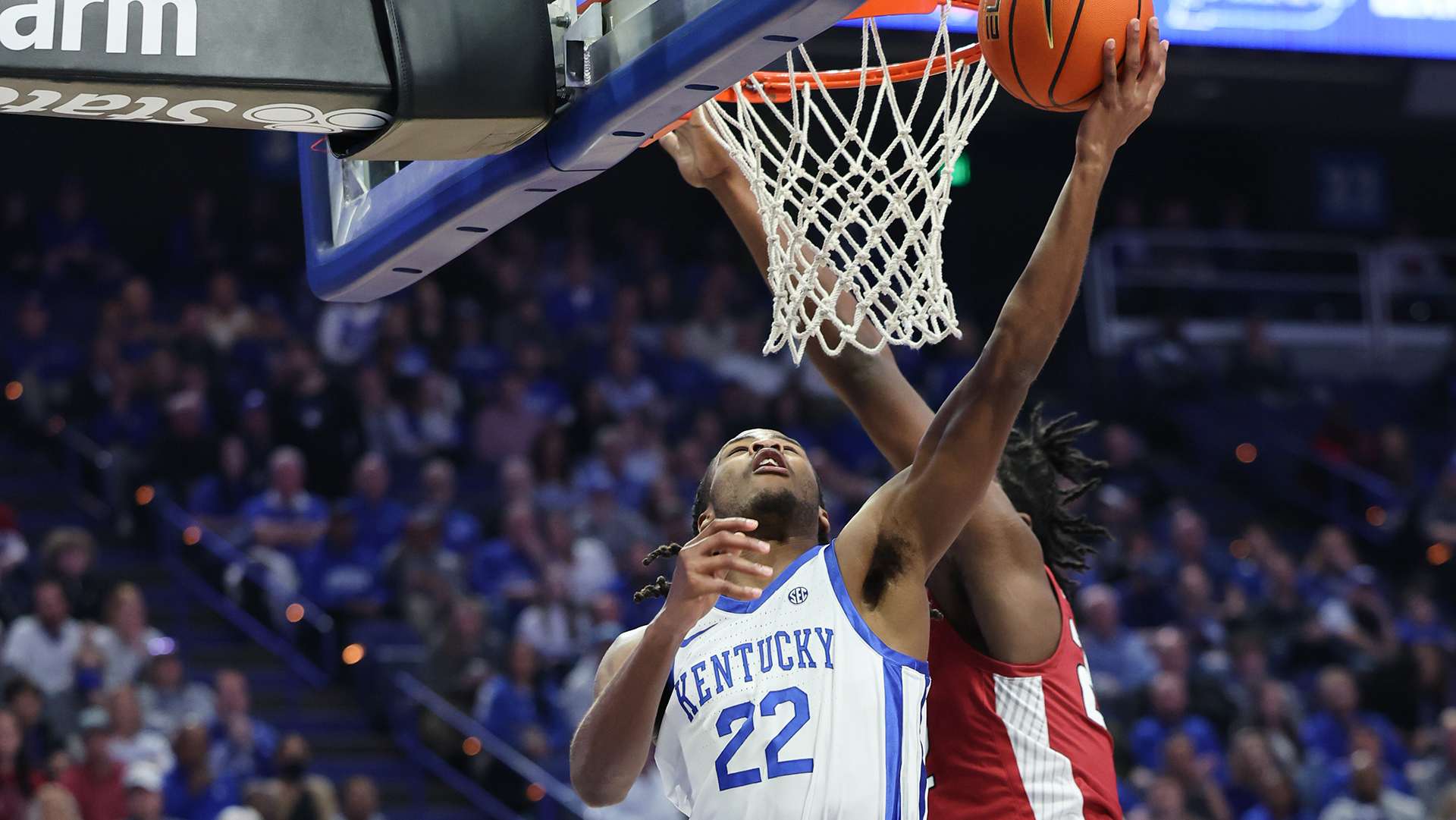