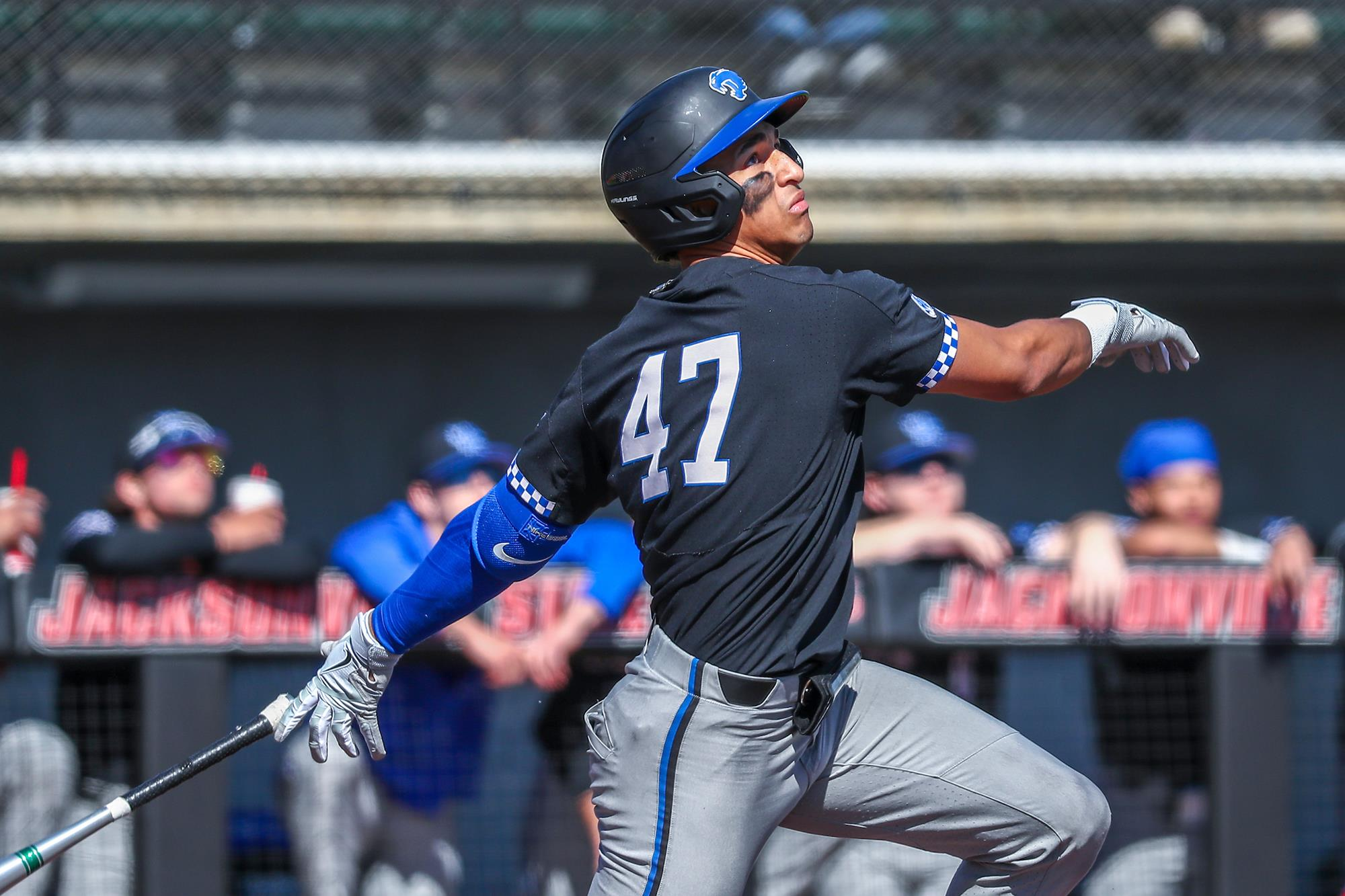 BLOOMINGTON, Ind. – Ryan Ritter mashed the first pitch of the game for a leadoff home run, his third in the past four games, but Indiana scored in every inning and rapped 15 extra-base hits, including six home runs, on the way to a 20-7 victory at Bart Kaufman Field on Tuesday. It the most runs allowed since 2005.

Sophomore Seth Logue suffered his first rough outing in four starts, giving up seven runs on seven hits in 2.0 innings. He allowed three doubles and three home runs, including two by Matthew Ellis in as many at-bats.

Ritter took advantage of the wind blowing out and unseasonably warm temperatures that made the ballpark play small, blasting a shot to left-centerfield as part of a four-run first inning for the Wildcats (14-4). The Cats got a bases-loaded triple from Daniel Harris IV and three-run double from Alonzo Rubalcaba but couldn’t hold down the Hoosiers’ bats.

UK must rebound quickly, as it heads to No. 3 Arkansas this weekend as it opens the 30-game Southeastern Conference gauntlet.