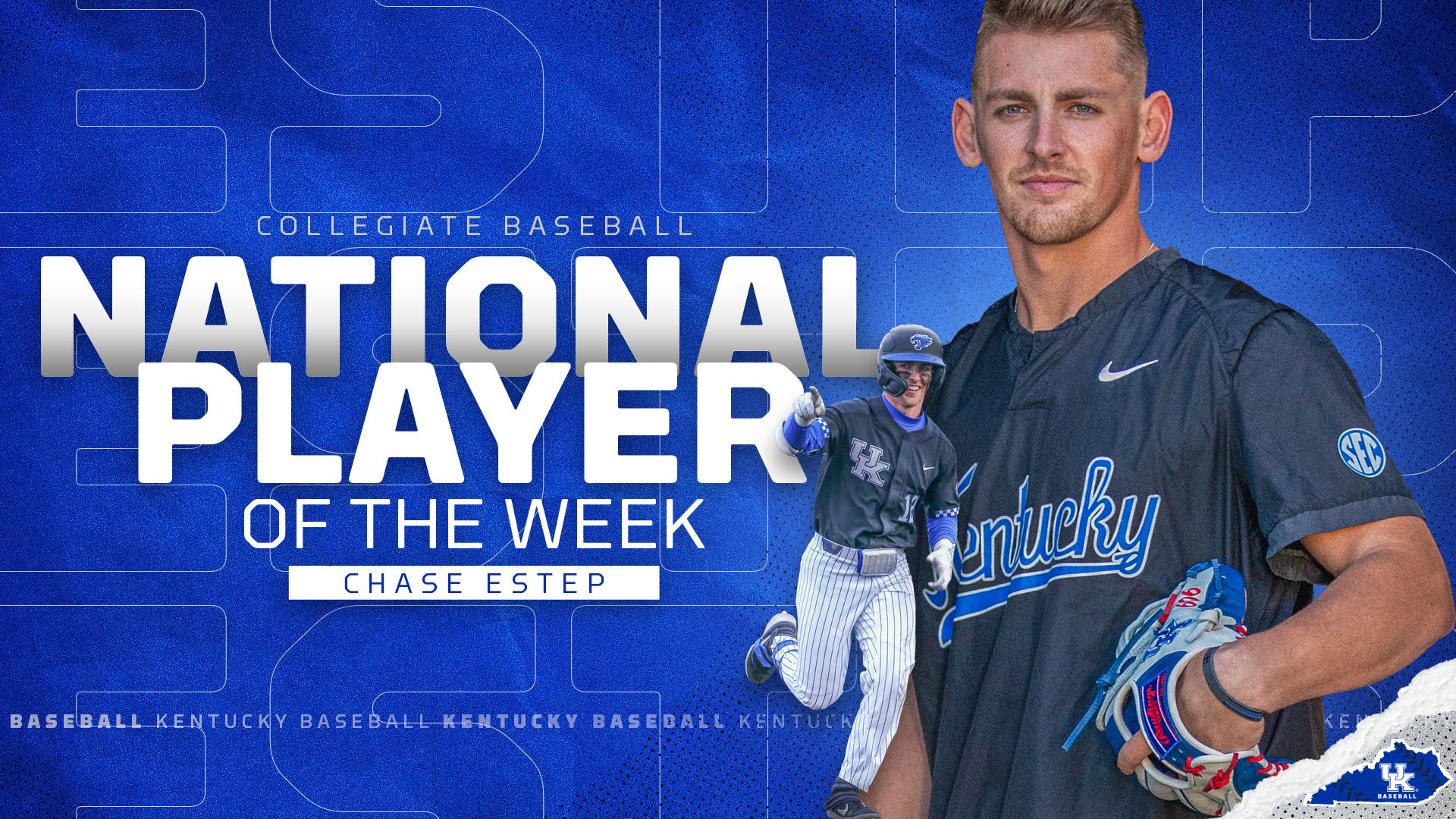 Kentucky junior infielder Chase Estep was named one of Collegiate Baseball’s National Players of the Week after blistering the baseball in five games last week, it was announced Monday.

Estep batted .526 with a 1.053 slugging percentage and .565 on-base percentage in a follow-up to his Southeastern Conference Player of the Week performance in week three. Estep homered in three straight games and four of five, scored eight runs and had 7 RBI. He had 20 total bases.

The junior from Corbin, Kentucky ranks in top 3 in the SEC in hits, runs, HR, avg., slugging, OBP and total bases this season, has a career-long 15-game hit streak and 16-game reached base streak and nine multi-hit games this season. He ranks in top 5 nationally with 30 total hits.

UK will travel to Indiana on Tuesday before opening conference play this weekend at No. 3 Arkansas.