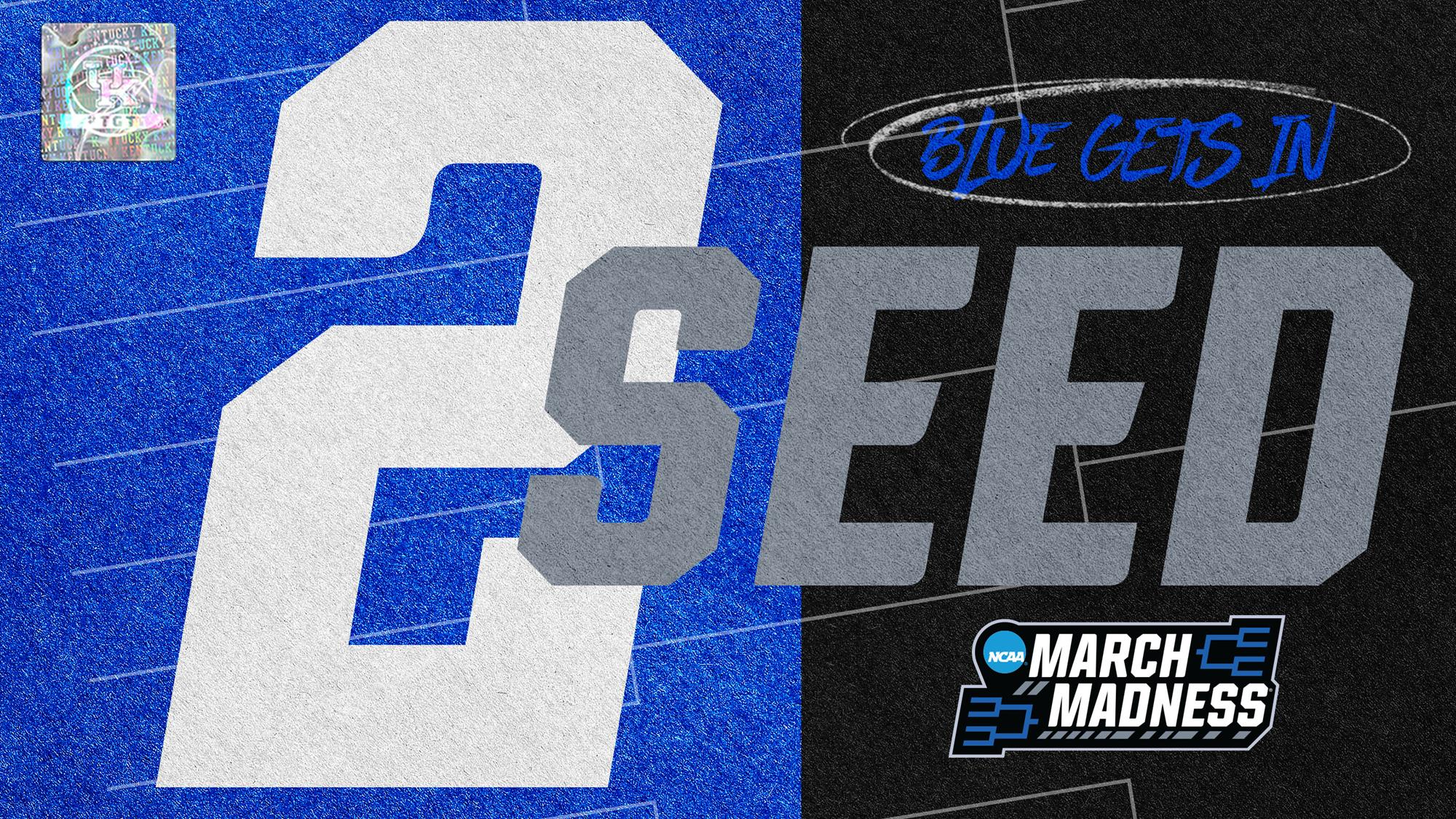 LEXINGTON, Ky. – The University of Kentucky men’s basketball team extended its national record for most NCAA Tournament appearances to 59 on Sunday, as the team was selected as the No. 2 seed in the East Region. The Wildcats will play Saint Peter’s, the region’s No. 15 seed, on Thursday in Indianapolis.  Tipoff is set for 7:10 p.m. ET and the game can be seen on CBS.

This is the eighth time in program history Kentucky has earned a No. 2 seed since tourney seedings began in 1980. In its most recent NCAA appearance, the Cats participated as the No. 2 seed in the Midwest Region of the 2019 tournament, defeating Abilene Christian, Wofford and Houston before losing to Auburn in overtime in the regional finals. Ranked No. 8 in the nation at the end of the 2020 regular season, UK undoubtedly would have been in that tourney had it been played, but the event was cancelled because of the Covid pandemic. The Wildcats did not earn a bid for the 2021 tournament.

Kentucky finished the 2021-22 regular season with a 26-7 record, the 39th season in school history that the Wildcats have won at least 25 games, and the 11th time in 13 seasons under Coach John Calipari.

Kentucky tied for second in the Southeastern Conference with a 14-4 mark, one game behind league champion Auburn.  In the SEC Tournament, UK defeated Vanderbilt in the quarterfinals before falling to eventual tourney champ Tennessee is the semis.

In addition to most appearances, Kentucky holds the NCAA Tournament records for most games played (181) and most wins (129). The Cats own a 129-52 all-time record in NCAA action, with their .713 winning percentage the fourth-best in NCAA history (min. 20 games).

Looking ahead to Thursday’s matchup, Kentucky is 48-10 in NCAA Tournament openers and has won 25 of its last 26 opening-round games.

Kentucky is set to play Saint Peter’s for the first time in school history.  Saint Peter’s is coming off a 60-54 win over Monmouth on Saturday in the championship of the Metro Atlantic Athletic Conference Tournament. SPU is 19-11 on the season and the Peacocks finished in second place of the regular-season MAAC standings with a 14-6 league mark.

On his opinion of the draw …
“Why would you say I usually have an opinion? I keep my opinions to myself. You know, these guys haven’t played in an NCAA Tournament so I’m trying to keep them focused on our little pod. And really, basically saying, you don’t even need to worry about San Francisco or Murray (State) because we don’t know who’s winning that game. We need to worry about Saint Peter’s and that’s how this goes. You’re playing in a pod for a weekend, that’s all you worry about, nothing else.”

On how the team’s experience can help in the postseason …
“My hope is, we’ve been teaching them to be a machine so that you’re never up, down, you just keep playing. There are games where you’re not going to shoot it well but you’ve got to try to win anyway. The veteran guys, I hope, would know that. I just told the TV I was talking to that I was really upset with myself with the Tennessee stuff – we didn’t do a shootaround. It’s the first time we haven’t done a shootaround. Then you say ‘well, why didn’t you do one’. Well, we had a bad time at the arena, so we were going to go to Tampa and just go there and do a shootaround. It was only six minutes away and we decided not to do it.”

On how the SEC fared in the draw …
“The Texas A&M thing, I was really stunned at. I guess before our tournament started, they weren’t close. Now, that’s hard for me to believe. They were 9-9 in our league and down the stretch, they played their best basketball. That’s what I call the eye test. But, it must have been that. It couldn’t have been any other reason because they played as well as anybody. And they had an extra game. Wasn’t it their fourth game? The final game was their fourth game in four days. You knew they were going to let go of the rope at some point. I was kind of surprised that Tennessee got a three (seed) and not a two. I was. But, again, that would have put Tennessee, Auburn and us all on the two line. Which, I would have been fine with. Like, that was good, probably deserve it.”

On reaction to the draw …
“Before we were selected, my heart was definitely racing. The suspense was killing all of us. We just wanted to know who we were going to play. But I’m excited. This is the first tournament game for most of us and I think we’re all excited. We’re focused on our first game, and we’ll worry about the rest when it comes.”

On wearing the mask …
“Yeah, that first mask I played in, it was definitely not a good one. We just needed a mask because I ended up breaking my nose, so we had to figure out what I was going to do to keep playing. We had that mask, so I put it on but it was kind of squishing my face so you couldn’t really hear what I was saying. But then in the second game, I had a better mask that was better used. I don’t think it affects my play, so we have to just get used to it I guess.”

On how the team prepares for the NCAA Tournament …
“Thankfully, we’ve got some time. We know who our opponent is now. So, we’ll channel all of our focus and energy to Saint Peter’s and try to avoid the distractions of looking ahead. We have the luxury of having time to reset. We didn’t perform well yesterday. But the regular season of the SEC in the rear view mirror now so, we’ve got to reset, touch up on some things, hammer down some of the main points of emphasis and we’ll be good to go.”

On what he thinks of the bracket …
“I think there are a lot of good teams. I’m not going to try to speculate on whether we have an easier region than some of the others. I will say one thing – one of my best friends (Carter Collins) is at Murray State, so there’s a potential that that may happen. So there’s a little emotion there. Happy for him and his team to be in that position. But, like I said, we’re focused on Saint Peter’s and we’ll take this game-by-game.”

On being with a bigger school in the tournament this season, having been on the other side before …
“Like I said before, these teams are in the field for a reason. We’re playing quality opponents, regardless of their seed or whatever conference they’re in. You see it every year – upsets happen every year. That’s what makes March Madness so special. For us, we just have to focus on the task at hand and respect our opponent. And that comes with us not looking ahead, not worrying about a trip to the Final Four or the Sweet 16. We’ve got to worry about the round of 64 to start and give Saint Peter’s the respect they deserve.”