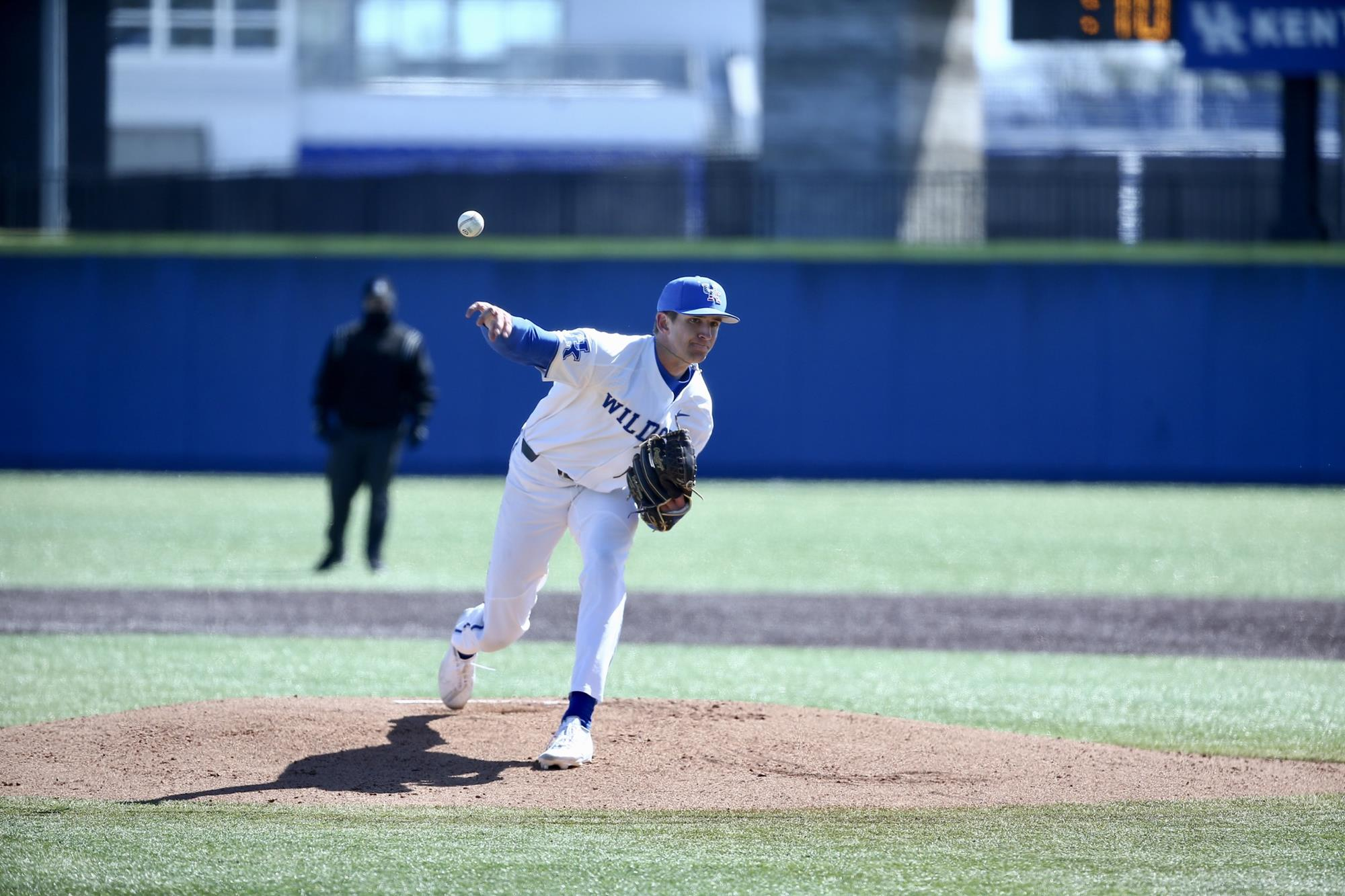 Gone With the Wind: Kentucky Storms Back for Sweep

Kentucky scored two runs in the ninth inning for its third traditional walk-off victory of the season, defeating High Point 4-3 and earning the three-game sweep. At 14-3, UK is off to its best start since the 2018 club went 14-2.

The Wildcats were aided by a howling wind that made every baseball in the air an adventure. Consecutive popups that fell in the seventh turned into a run and the game-winner was scored in the form of pinch runner Michael Dallas racing home when the second baseman failed to corral a soft popup. Previously, pinch hitter Devin Burkes laid down a perfect sacrifice bunt that was thrown away, followed by Daniel Harris IV putting down a perfect safety squeeze to tie the game when Nolan McCarthy slid under the tag attempt at the plate.

UK pitchers struck out 15 hitters in the game and Sean Harney earned his third win with 3.2 scoreless innings. Sophomore Ryan Hagenow drew the start and struck out six in 3.0 innings, tying his career-high.


ON DECK
Kentucky travels to Indiana on Tuesday. First pitch is at 5 p.m. ET. The radio call will be on the UK Sports Network (98.5 FM).