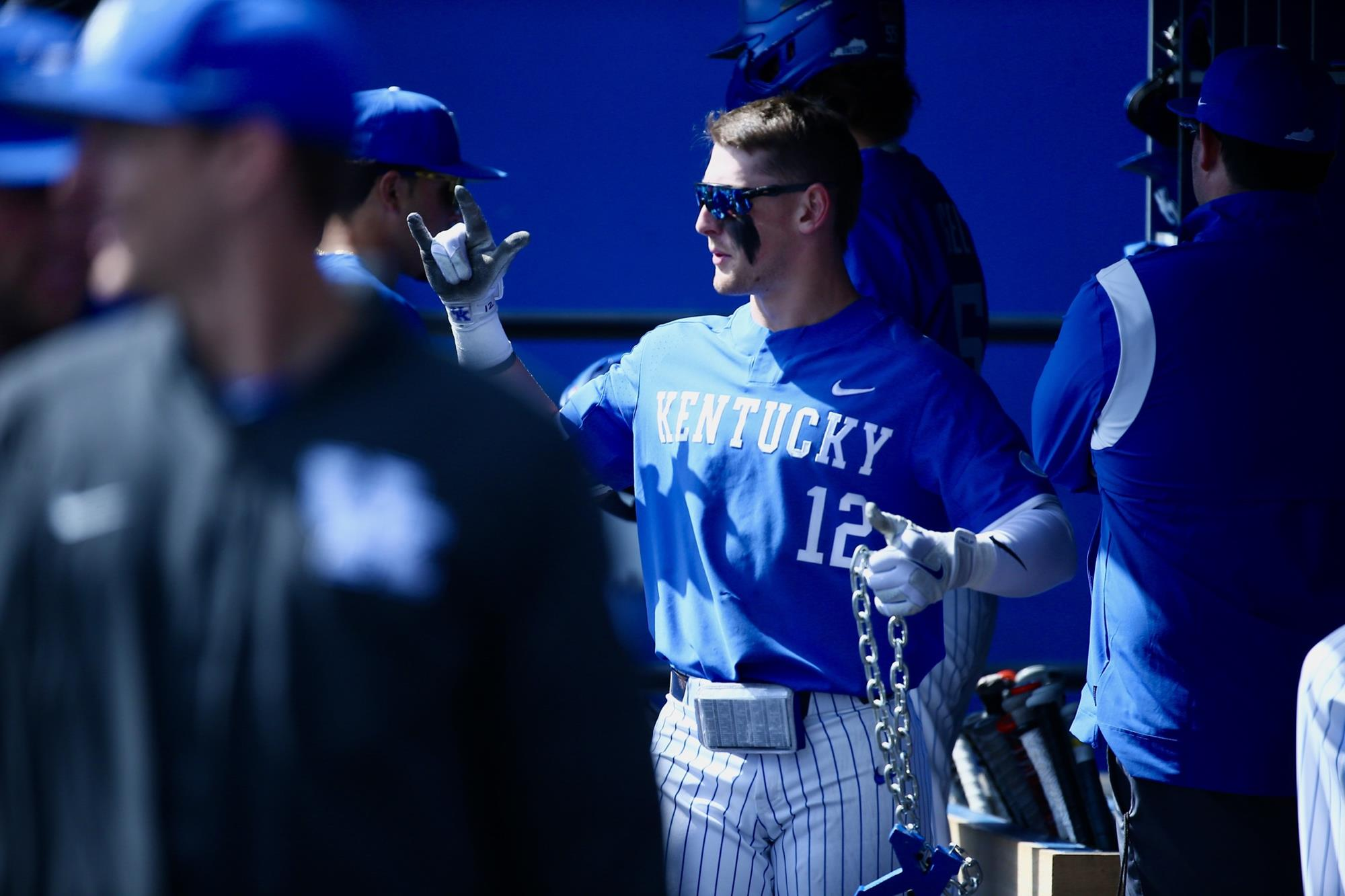 Ryan Ritter led off both games with solo home runs, his first of the season, and Kentucky swept a Friday doubleheader at Kentucky Proud Park to move to 13-3 on the season. It is the best start to a season since the 2018 club opened 14-2.

Ritter had a double, triple and two homers as part of a five-hit afternoon, has reached safely in 19 consecutive games and now has eight multi-hit efforts this season. Chase Estep had two home runs in the doubleheader and four in the past five games and now owns a 14-game hit streak as the reigning Southeastern Conference Player of the Week.

Ten different Wildcats had hits on the day, as they hit six home runs, six doubles and a triple while drawing 17 bases on balls. The two teams will finish their series on Sunday at 1 p.m. ET.


ON DECK
Kentucky hosts High Point at 1 p.m. on Sunday. The game will be aired on SECN+. The radio call will be on the UK Sports Network (98.5 FM).