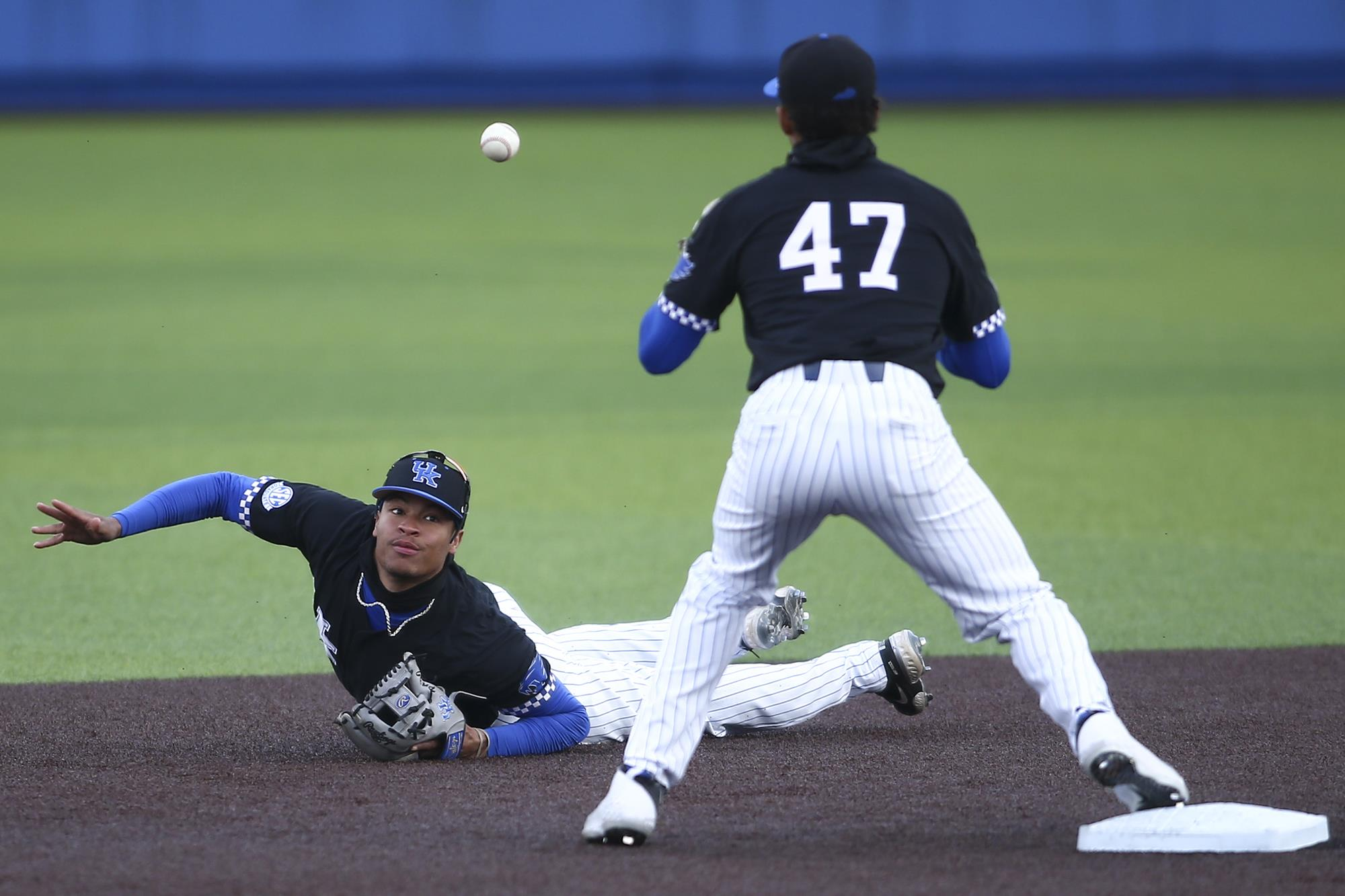 Kentucky spotted Ohio a seven-run lead in the first two innings, then erased the deficit before falling 9-8 on an overcast Wednesday afternoon at Kentucky Proud Park. The defeat dropped the Wildcats to 11-3 on the season heading into their final non-conference weekend series before conference play begins.

UK gave up three runs in the first and four in the second before eventually tying the game at eight in the eighth inning. Ohio scraped across a run in the top of the ninth, then survive when right fielder A.J. Rausch made a leaping grab near the wall to save a run.

Chase Estep remained absurdly hot at the plate, clubbing a solo home run as part of another pair of hits that has him among the Division-I leaders. Jacob Plastiak added a two-run double off the centerfield wall.

UK will host High Point in a Friday doubleheader and again on Sunday before traveling to Indiana and Arkansas next week.

ON DECK
Kentucky hosts High Point this weekend with a doubleheader beginning at noon now scheduled for Friday. The game will be aired on SECN+. The radio call will be on the UK Sports Network (98.5 FM).