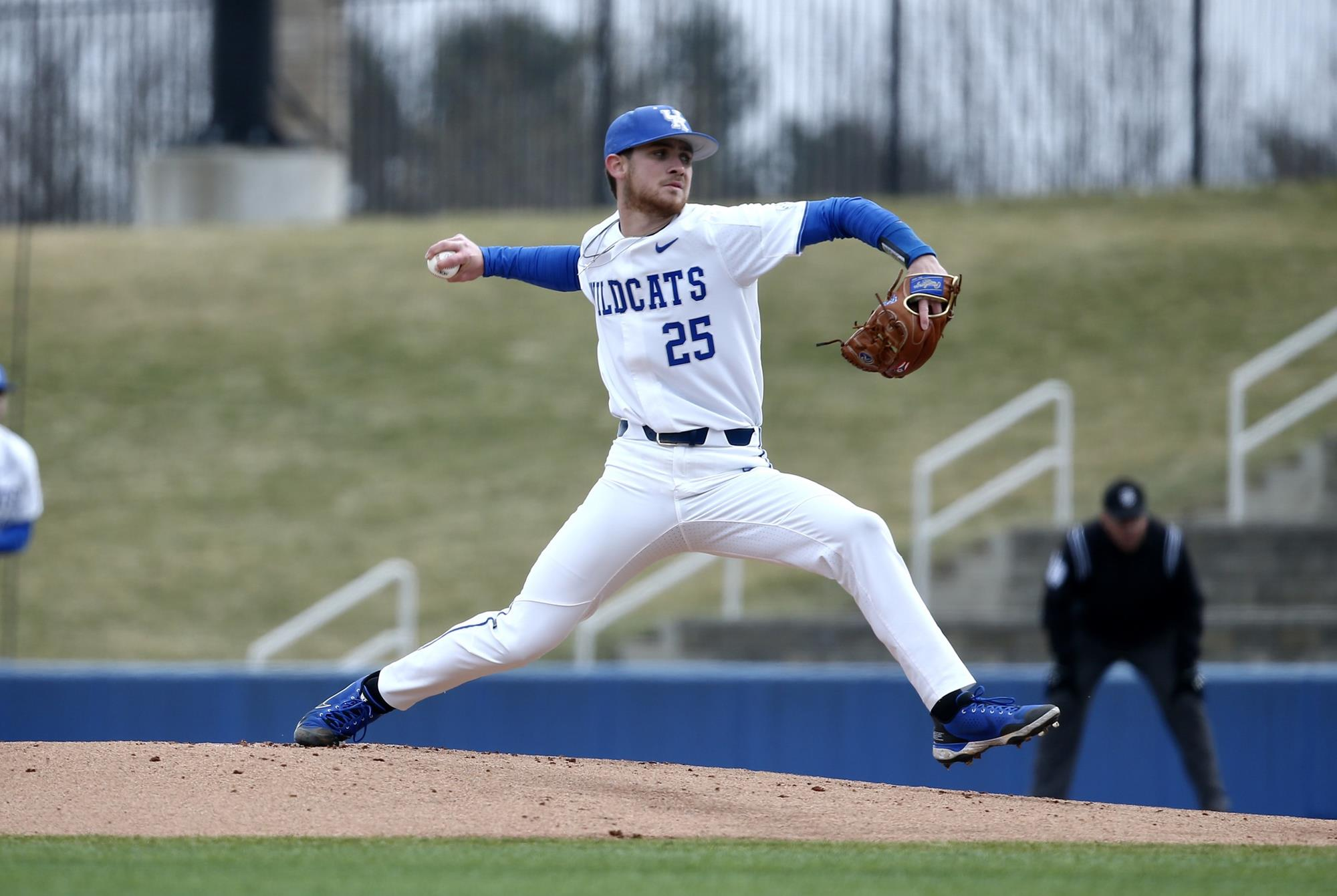 Seth Logue was nearly untouchable and Chase Estep picked up right where he left off last week as Kentucky avenged a loss last season in a 9-1 victory over Murray State at Kentucky Proud Park on Tuesday.

Logue pitched a career-high 7.0 innings, allowing one run on two hits with eight strikeouts as he turned in his third straight outstanding start on the mound. He has both of the Wildcats’ quality starts (at least 6 innings and three or fewer earned runs) as UK (11-2) continued its strong start to the season.

Murray State took a 1-0 lead when a two-out walk scored on a ball to right field but got nothing else, as Logue settled in and eventually gave way to relievers Mason Hazelwood and Tyler Guilfoil.

UK scored five runs in the seventh inning and three more in the eighth to blow the game open.


ON DECK
Kentucky hosts Ohio on Wednesday with first pitch scheduled for 4 p.m. ET. The game will be aired on SECN+. The radio call will be on the UK Sports Network (98.5 FM).