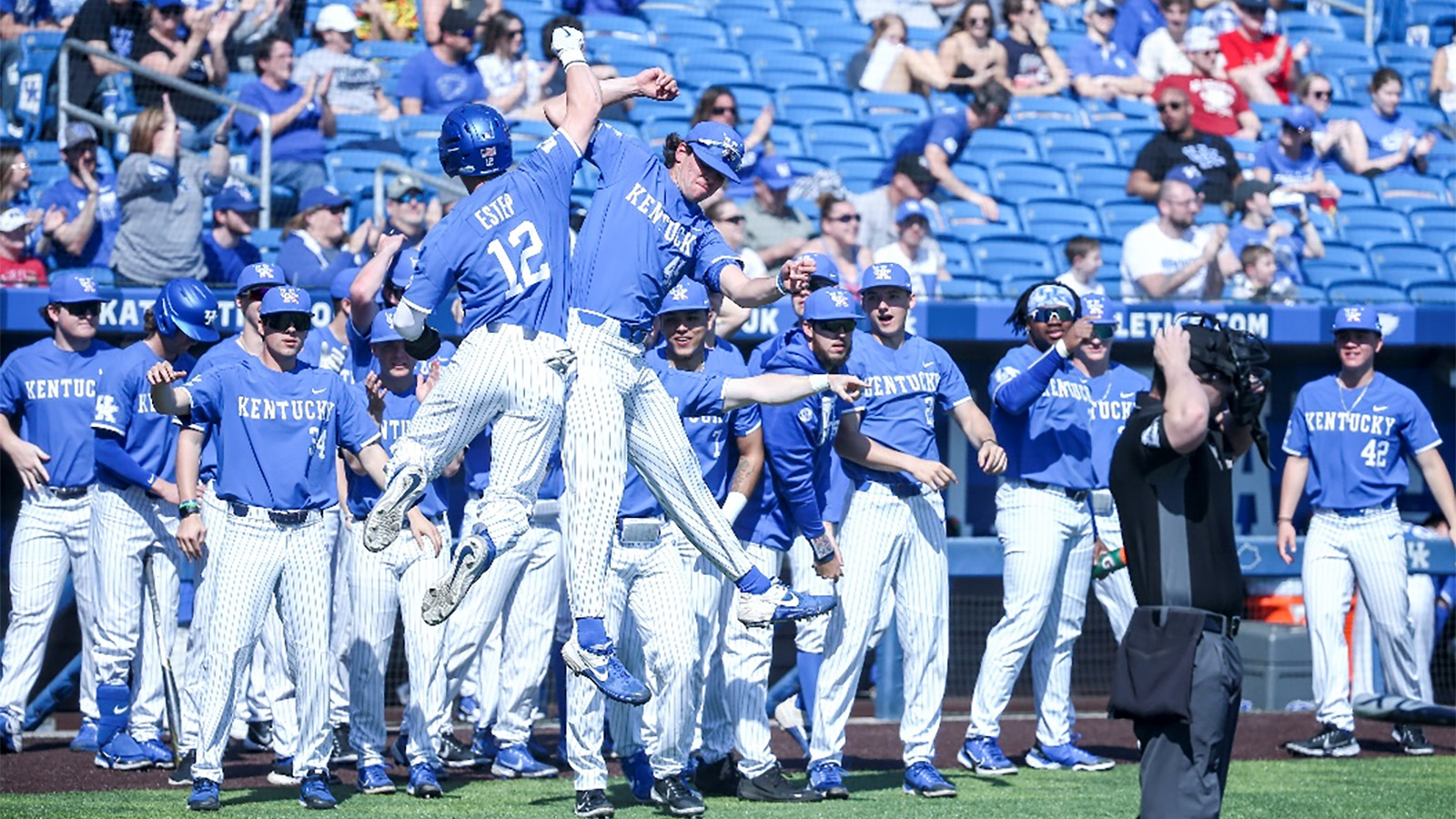 LEXINGTON, Ky. – Kentucky claimed its first series victory over a top 10 foe in nearly years, knocking off No. 8 TCU 5-1 in game one of a doubleheader on a perfect Saturday afternoon at Kentucky Proud Park.

Chase Estep hit a three-run homer to open game one up after Adam Fogel and Hunter Jump hit back-to-back doubles to spur the Cats, while Tyler Bosma picked up the win with five superb innings.

The Cats nearly pulled a massive rally, during which Jake Plastiak hit a grand slam, in game two but were felled in the ninth inning.


ON DECK
Kentucky hosts Murray State on Tuesday with first pitch scheduled for 4 p.m. ET. The game will be aired on SECN+. The radio call will be on the UK Sports Network (98.5 FM).