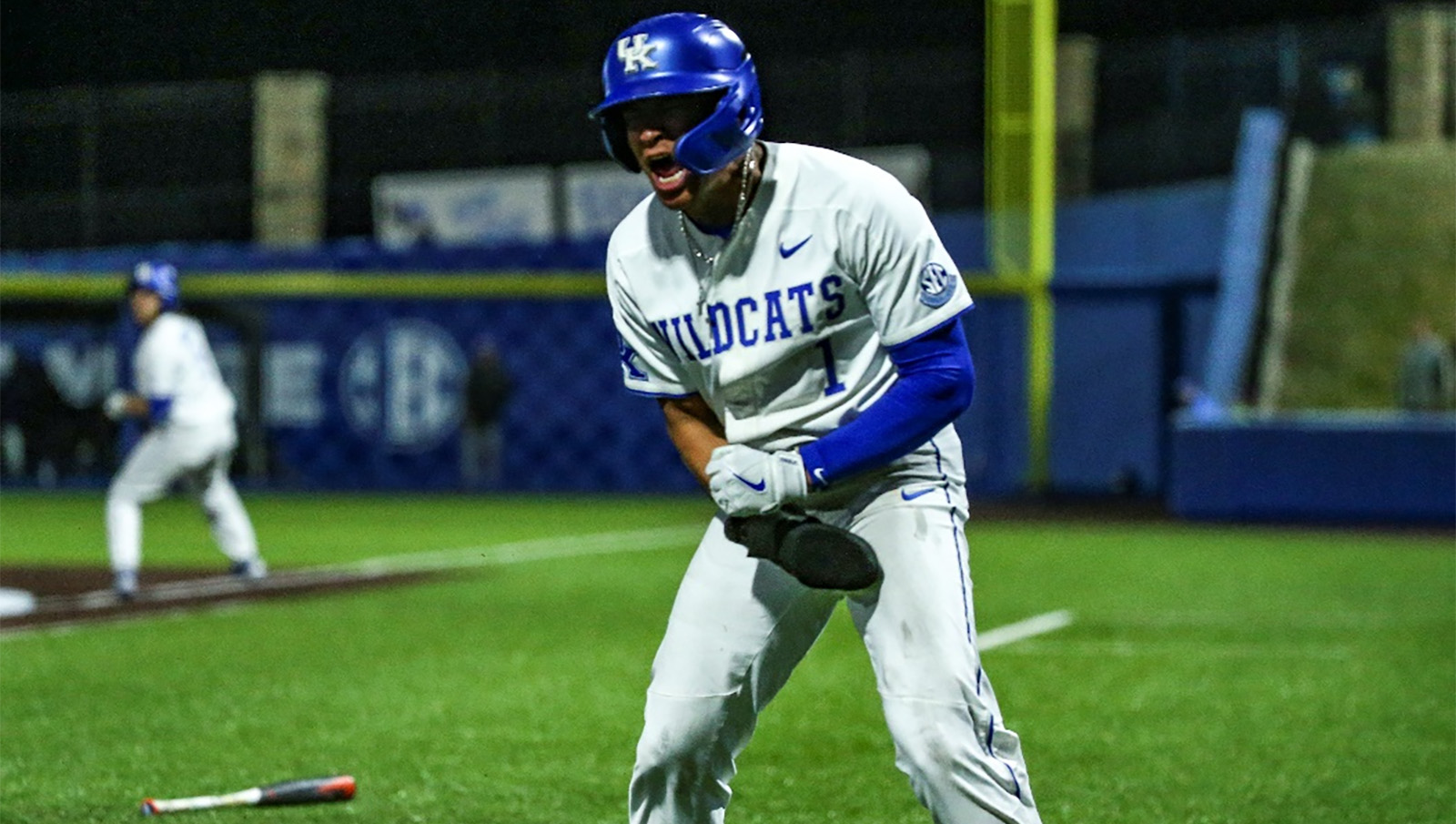 LEXINGTON, Ky. – Daniel Harris IV shook off a gimpy ankle and raced home on Alonzo Rubalcaba’s ground ball in the eighth inning as Kentucky knocked off No. 8 TCU 13-11 in a see-saw series opener Friday night at Kentucky Proud Park.

Harris led off the inning by inside-outing a line drive just inside the first base bag for a single, moved to second on Nolan McCarthy’s sacrifice bunt and third on a wild pitch before sliding safely ahead of the throw on Rubalcaba’s fielder’s choice for the winning run that moved UK to 9-1 this season.

TCU starter Austin Krob had not allowed a run and only six hits in two starts but gave up seven runs and seven hits in 2.0 innings, including Jacob Plastiak’s two-run shot into the TCU bullpen.

Sean Harney earned the win with four innings of relief, allowing no runs over the final three innings while the Wildcats rallied. UK can score the series win on Saturday afternoon.


ON DECK
Kentucky hosts No. 8 TCU on Saturday with first pitch scheduled for 1 p.m. ET. The game will be aired on SECN+. The radio call will be on the UK Sports Network (98.5 FM).