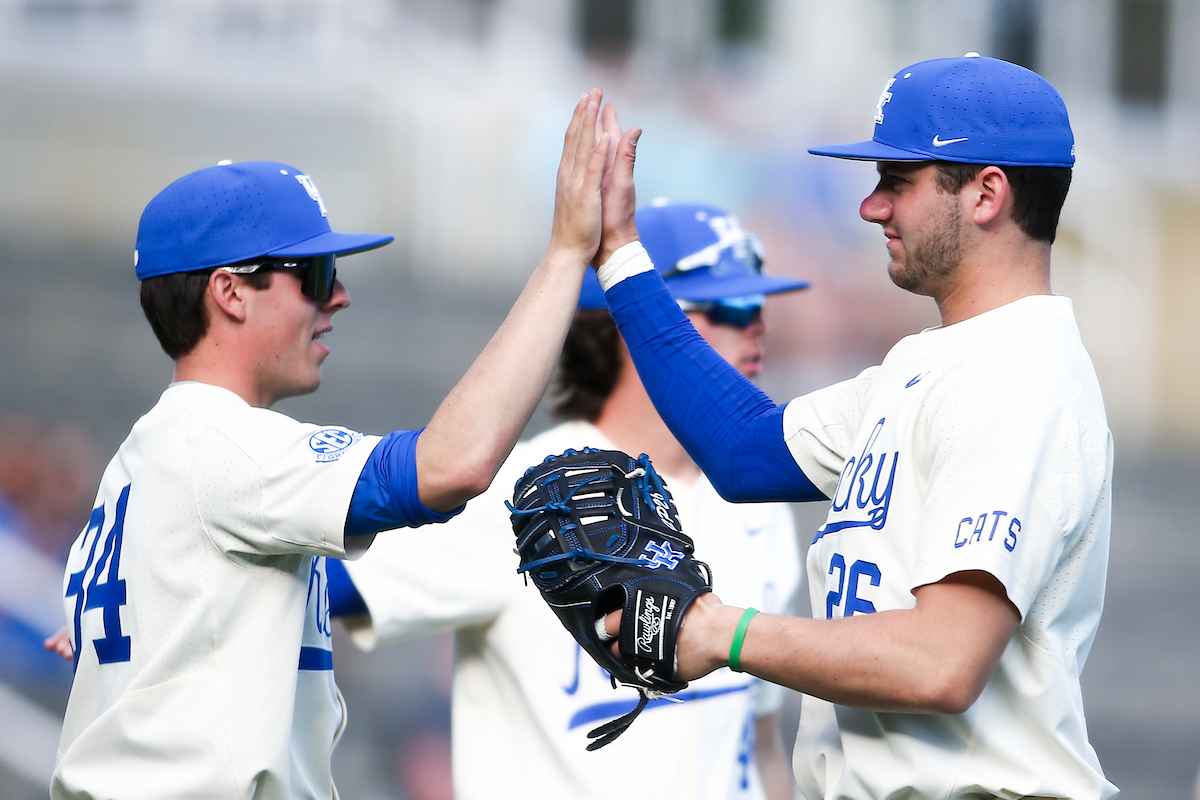 Kentucky prepped for an early test by getting six shutout innings from its bullpen in a 5-4 win over Evansville that moved the Wildcats to 8-1 on the season.

Senior Darren Williams earned his first save in blue and freshman right-hander Mason Moore settled the game down to get his first collegiate win for the Cats.

Senior lefty Mason Hazelwood also faced two batters in his return from a torn ulterior cruciate ligament in his elbow less than a calendar year ago, a positive development for the Cats.

After Evansville scored four early runs the Cats battle back and took the lead in the fourth before Hazelwood, Moore, Jackson Nove, Tyler Guilfoil and Williams shut the Aces’ bats down.

ON DECK
Kentucky hosts No. 8 TCU this weekend. First pitch on Friday is scheduled for 4 p.m. ET. The game will be aired on SECN+. The radio call will be on the UK Sports Network (98.5 FM).