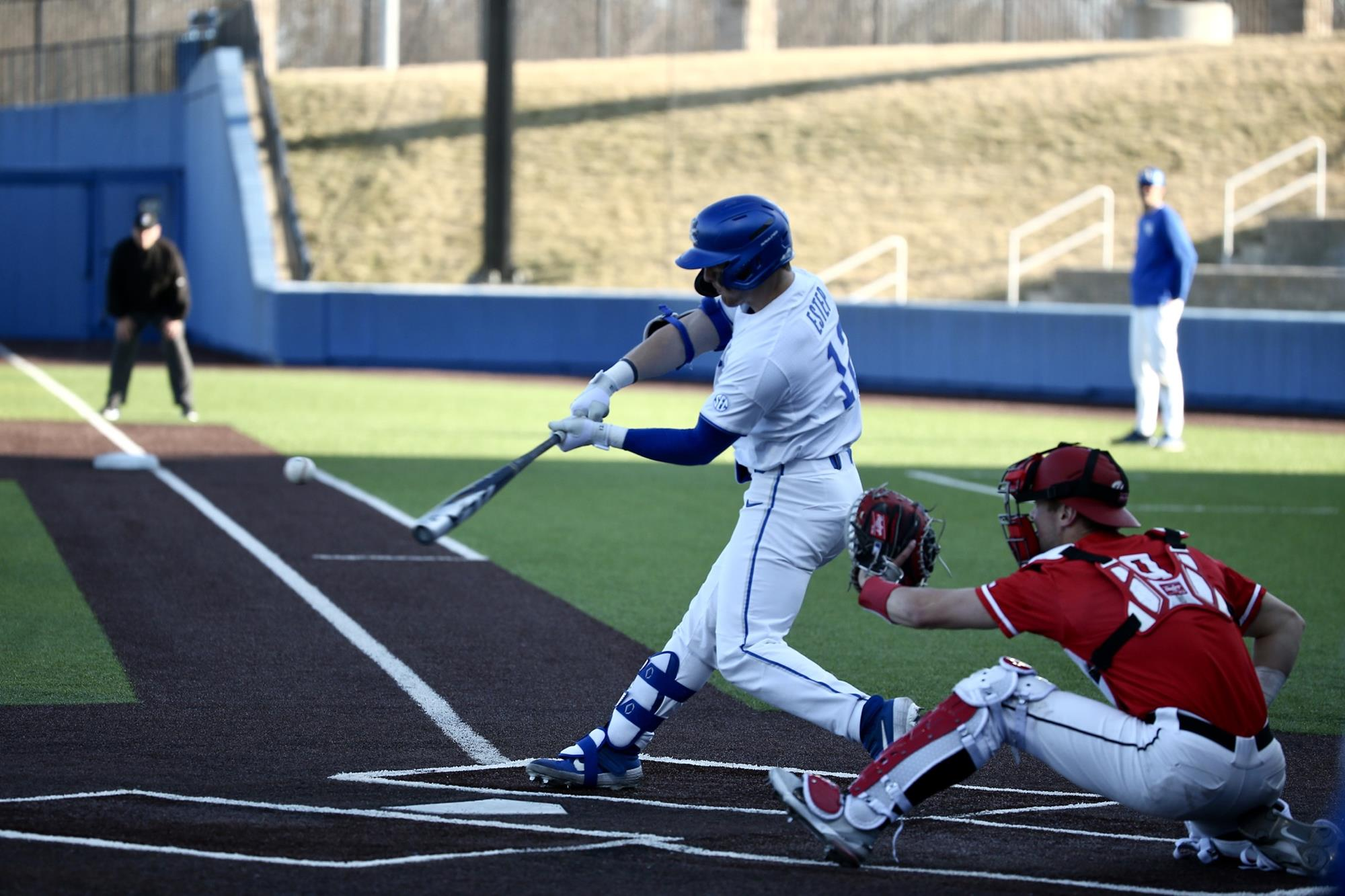 For a night, Kentucky couldn’t find its magic.

Western Kentucky scored a pair of runs in the ninth inning on a flare to left field and gave UK its first loss of the season, 7-5, on Tuesday. The Wildcats now are 7-1 with Evansville coming to Kentucky Proud Park on Wednesday.

UK was just 1-of-14 with runners in scoring position – WKU was 5 of 10 – and left 13 runners on base, leaving a multitude of opportunities on the bases it could not overcome. A last-gasp comeback effort in the ninth crumbled when Kirk Liebert’s line drive found glove.

Both teams took advantage of the warm and windy conditions early, as the Hilltoppers hit a pair of home runs and UK’s Chase Estep hit his second blast in as many games. Things settled down after that but a walk, a single and a wild pitch put two on for Ty Batusich’s game-winning hit.

ON DECK
Kentucky hosts Evansville on Tuesday. First pitch is scheduled for 4 p.m. ET. The game will be aired on SECN+. The radio call will be on the UK Sports Network (98.5 FM).