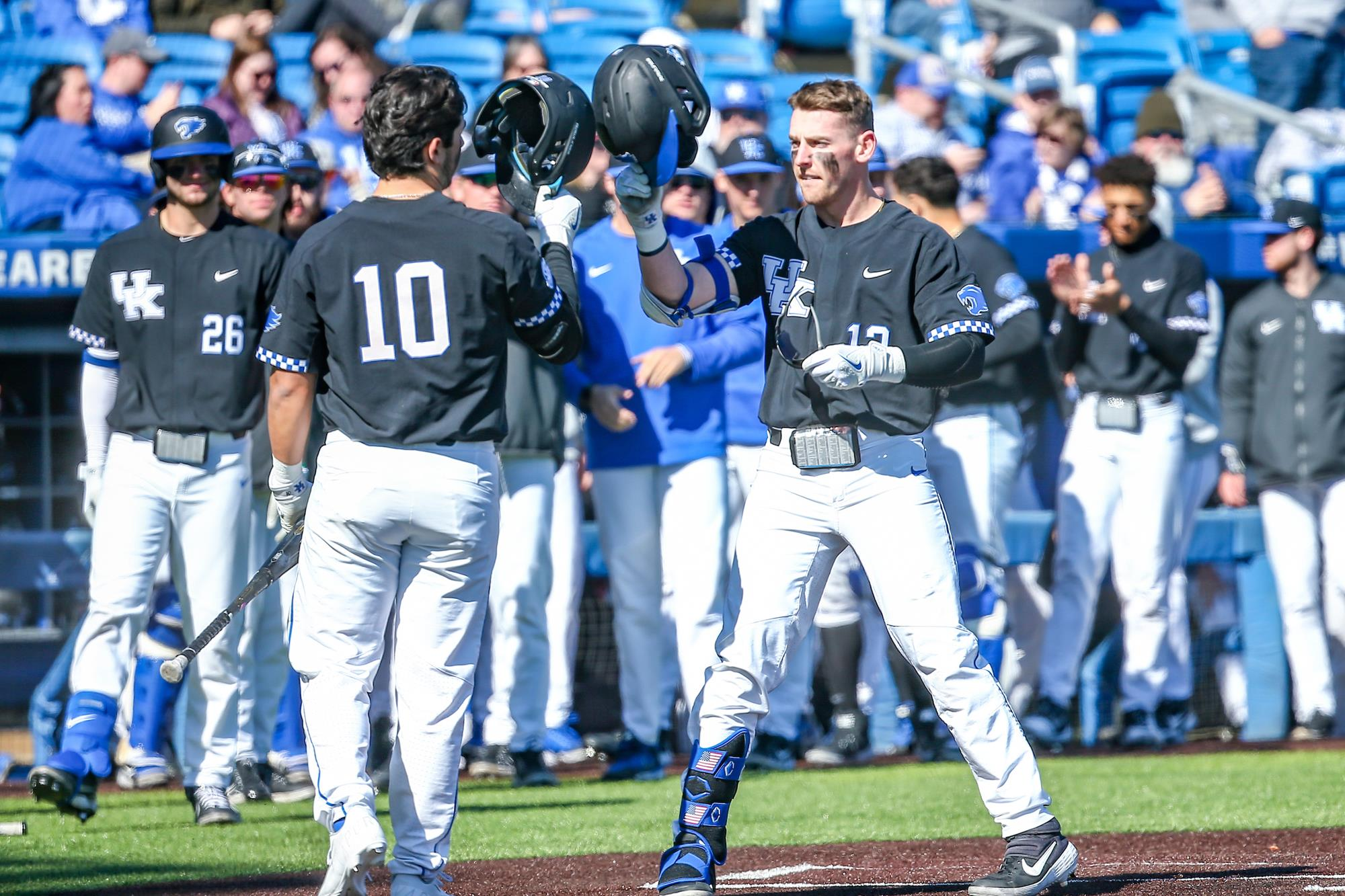 Kentucky moved to 7-0 for the first time since 2012 and coach Nick Mingione won his 150th career game as the Wildcats wiped out Western Michigan 16-5 in eight innings on Sunday. The game ended in the mercy rule when UK went ahead by 10 runs after the seventh inning.

Coming on the heels of Saturday’s wild 13-12 comeback where the Cats erased an eight-run deficit, they scored a third walk-off win in four games this week and now have 11 under Mingione, who ranks fourth on the school’s all-time win list in just 256 games.

UK will host midweek games against Western Kentucky and Evansville next week before No. 8 TCU comes to town next weekend.


ON DECK
Kentucky hosts Western Kentucky on Tuesday. First pitch is scheduled for 4 p.m. ET. The game will be aired on SECN+. The radio call will be on the UK Sports Network (98.5 FM).