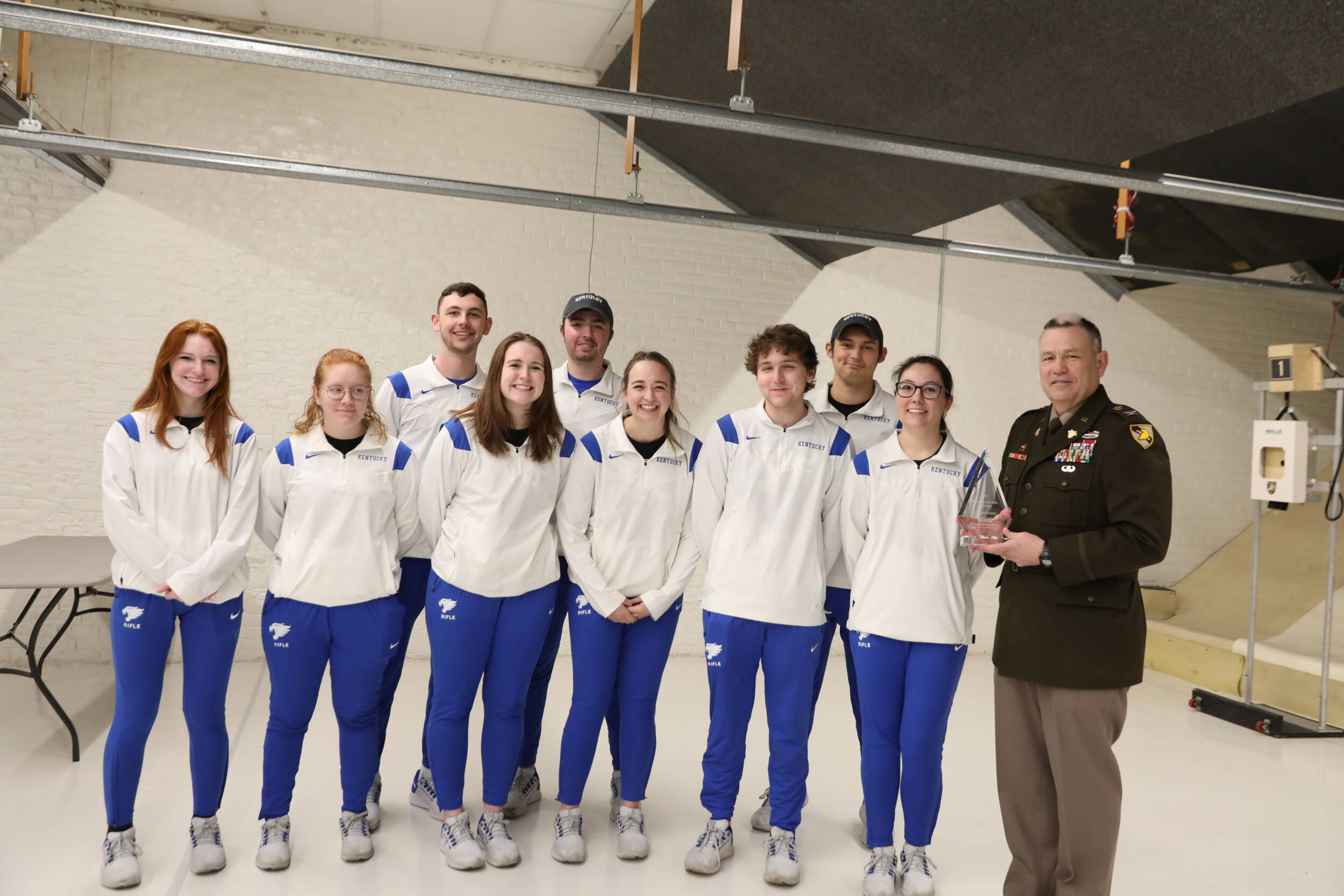 The Wildcats earned the title thanks to a 2383 air rifle team score on top of a 2352 smallbore team score from Friday for a 4735 overall aggregate. The championship is the second for Kentucky in the last three season after the Wildcats also won the crown in 2020. This is Kentucky’s seventh GARC Championship title all-time.

And the GARC Championship ?? is coming home to KENTUCKY!!! #GoBigBlue pic.twitter.com/vt9n9Me5Il

“I am so excited for our team today to get to celebrate this championship together,” UK head coach Harry Mullins said. “Allison Buesseler had an incredible weekend and I am so proud of her development and performance. The whole lineup performed well overall. We know we still have areas to improve and we will work on that the next couple of weeks before we travel to the NCAA Championships.”

Buesseler’s strong air rifle score led her and senior Will Shaner to the air rifle individual final where Shaner placed fourth and Buesseler took home the championship title. Buesseler shot a 252.0 in the final, which was 1.2 points better than silver.

Kentucky got contributions from top to bottom in the lineup Saturday. Following Buesseler and Shaner’s 598 scores was junior Mary Tucker, who posted a 594. Senior Richard Clark had a 593 while junior Jaden Thompson scored a 592. The other five Wildcats not in the lineup also competed Saturday with some impressive scores, including a 596 from junior Emmie Sellers and 585 from senior Mitchell Nelson. Junior Mason Hamilton and freshmen Kayla Kalenza and Tori Kopelen each shot air rifle Friday. Hamilton and Kalenza shot smallbore Saturday, scoring 584 and 582, respectively.

Following the GARC Championships, Kentucky will compete in the NCAA Rifle Championship. The national event will take place from March 11-12 inside the United States Air Force Academy’s Clune Arena in Colorado Springs, Colorado. Individual and team competition in smallbore is scheduled for Friday, March 11 while air rifle competition will be on Saturday, March 12.